The Redevelopment of Poindexter Village 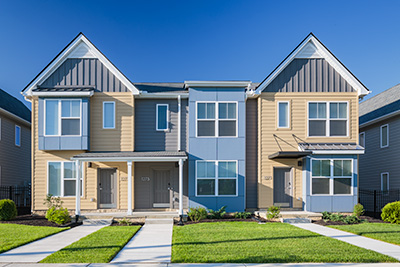 The Redevelopment of Poindexter Village by the Columbus Metropolitan Housing Authority and McCormack Baron Salazar spurred so much development that the Near East Side neighborhood of Columbus, Ohio, is now one of the most desired places to live in the city.

The development, which began in 2014 with the 104-unit senior property Poindexter Place, includes 450 new mixed-income units–329 of which are for low-income residents. The full development also includes 336 apartments at Legacy Point, including live-work units for entrepreneurs and 10 market-rate apartments in the historic Harris building, which was the first day care site for African Americans in Franklin County, starting in 1917.

The Ohio Capital Corporation for Housing provided $48 million in LIHTC equity for the $125.7 million property.

Return to 2021 Developments of Distinction Awards