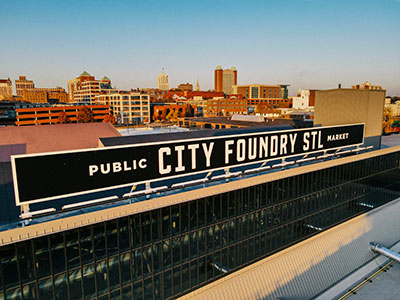 The $217 million redevelopment of City Foundry STL is one of the largest historic redevelopments in the city’s history. The complex will feature a 700-person event space, a theater, grocery store, office space, retail space, restaurants and bars and a new multistory parking garage.

The development is on the site of the foundry built by Century Electric in 1929–which functioned as a foundry for more than 80 years before closing–and is in a previous food desert.

FoPa Partners LLC, an affiliate of St. Louis-based development firm Lawrence Group, acquired the site in 2015 and created a redevelopment that will result in 800 new permanent jobs, clean up 100 years of environmental contamination and be built by majority minority business enterprises. A second phase will feature 282 apartments.

“City Foundry is a perfect example of how the old can be fused with the new to create something uniquely different and impactful for a community,” said Rodney, an awards judge. “If you want to make a positive economic impact on a community, you must bring the people and what better way to do that than by providing a variety of offerings in a single location? By being a destination for work, dining and entertainment, City Foundry STL has turned the area into a location for fun-seekers and businesses alike.”