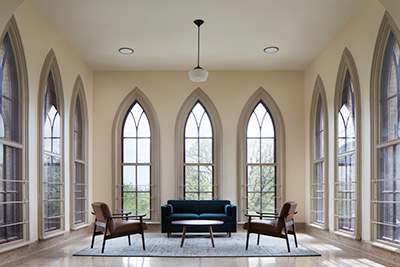 An important Milwaukee historic asset has been rehabilitated to provide 101 supportive housing units for veterans and their families who are homeless or at risk of being homeless.

The Milwaukee Soldiers Home is on the grounds of the Clement J. Zablocki VA Medical Center. As part of an enhanced-use lease agreement with the U.S. Department of Veterans Affairs, the Alexander Company and the  Housing Authority of the City of Milwaukee restored and rehabilitated six vacant buildings.

When the effort began in 2010, the Victorian Gothic Old Main building had been vacant for 20 years, had a hole in the roof and was near collapse. When the renovated property opened in March, it was ready to provide housing and services to veterans–a full circle for a property that opened in 1867 to help Civil War veterans.