CDFA reports that in 2014, the 50 states and the District of Columbia received more than $34.5 billion in new volume cap allocation, an increase of 5.5 percent from 2013. This was in addition to more than $59.1 billion in existing carryforward allocation, making the total accessible amount of national volume cap approximately $92.1 billion. This number continues the upward trend in the total amount of available volume cap of recent years.

At the end of 2014, states abandoned $12 billion in unused volume cap allocation. CDFA reports this is just slightly more than the $11.8 billion abandoned in 2013. The report also notes 2014 is the second year that abandoned cap has exceeded $10 billion.

Here are some interesting findings about how much was issued for multifamily housing in 2014: 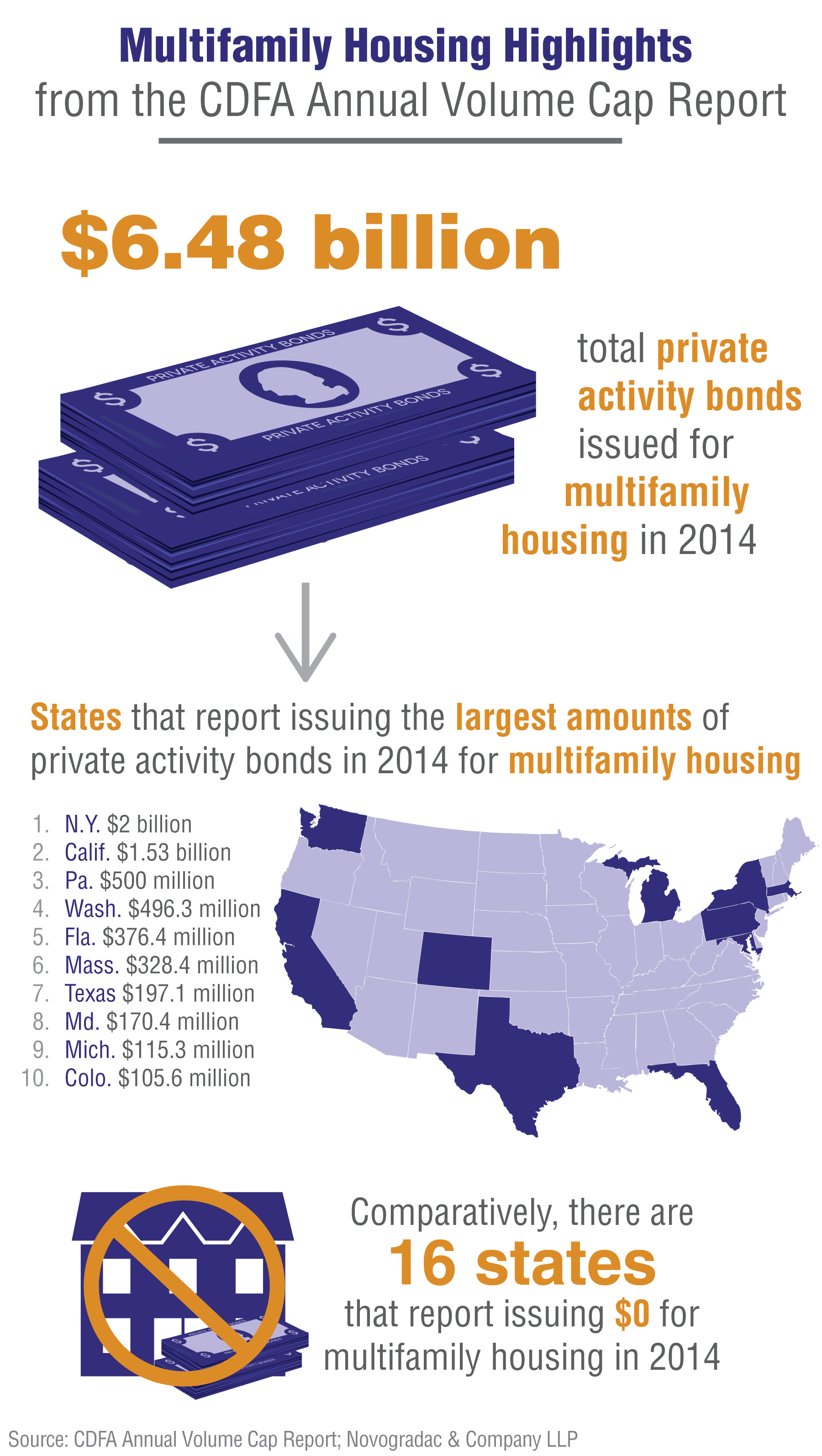