Small area fair market rent (SAFMR) were required to be implemented in 23 areas beginning Jan. 1. In addition, SAFMRs were already being used in Dallas, Texas, bringing to 24 the number of areas required to use SAFMRS.

Changes in SAFMR in Designated Areas

To first quantify the change in switching from an area wide FMR to a zip code based FMR, Novogradac & Company looked at the difference between what the FMR would have been in the area compared to the SAFMR.  A negative amount means that the SAFMR is less than the old area wide FMR.

Note, in the notice of Final Rule concerning the SAFMR’s HUD stated the following:

Similar to last year, the SAFMR data published on HUD’s website does not appear to apply this 90 percent floor.  None of the calculations Novogradac conducted were adjusted to account for this floor.

The following breakdown presents more detailed information about each of the designated SAFMR areas: 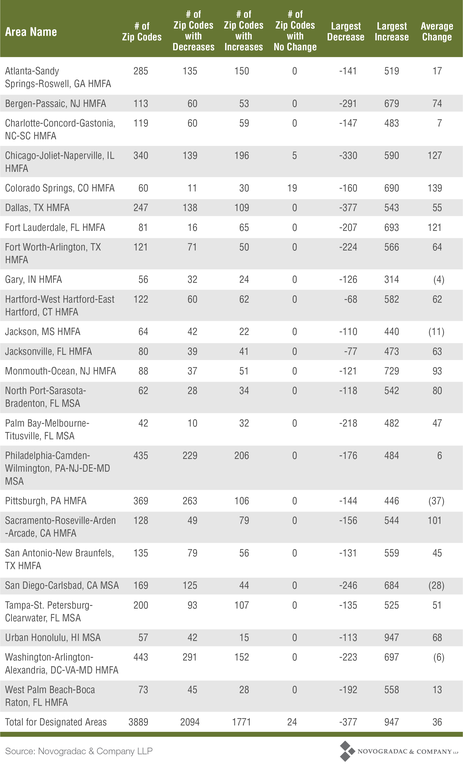 To help quantify the year over year change in SAFMR Novogradac looked at the difference between the 2017 SAFMR and the 2018 SAFMR.  Note, there were a few zip codes added during 2017.  Because 2017 SAFMR data is not available for these areas, this analysis excluded the 10 counties.

Here is more detailed analysis of each impacted area. 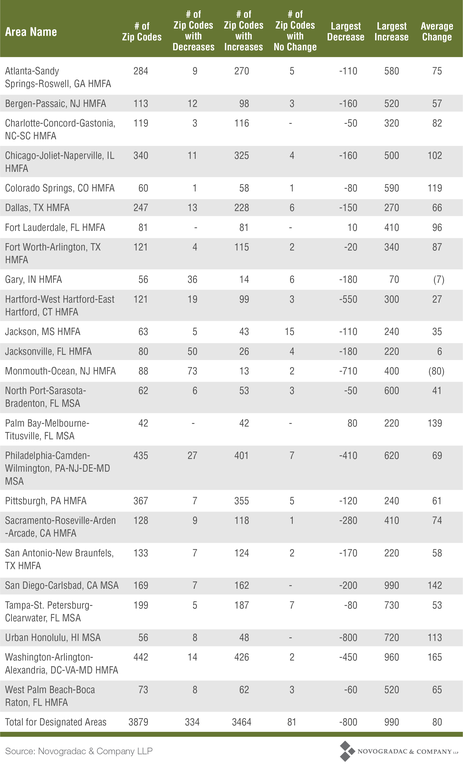 When compared to the area wide FMR, the SAFMRs have more counties with decrease (57 percent) than increase.  However, it is interesting to note, that although a greater number of areas have a decrease, the average change for 2018 is a net increase in the FMR.

On a year over year basis the SAFMRs are showing a general trend upwards with 89 percent of areas having a higher SAFMR 2018 when compared with 2017.

For a unit-level examination of the SAMR change, see the report from New York University, "How Do Small Area Fair Market Rents Affect the Location and Number of Units Affordable to Voucher Holders?"