The effects of tax reform can be seen when looking at the yearly forgone revenue for certain expenditures. Itemized deductions represent the largest government revenue costs and the three listed in the table below will see significant decreases in expenditures. The mortgage interest deduction will cost $216.6 billion between 2017 and 2021, down from $357 billion estimated for 2016 to 2020. One of the largest decreases over the five-year period can be found in the deduction of state and local taxes. The 2017 estimate is for $100.9 billion in expenditures. As a result of tax reform and the limitation placed on state and local tax deductions, the 2018 estimate is for just $36.6 billion. The annual tax expenditure is expected to increase to $173 billion in 2026, when the $10,000 limitation on deductions is scheduled to expire. 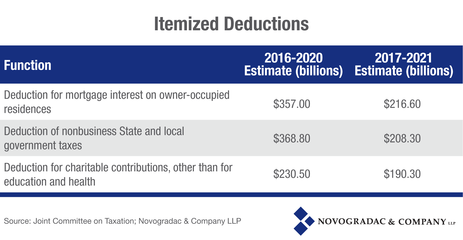 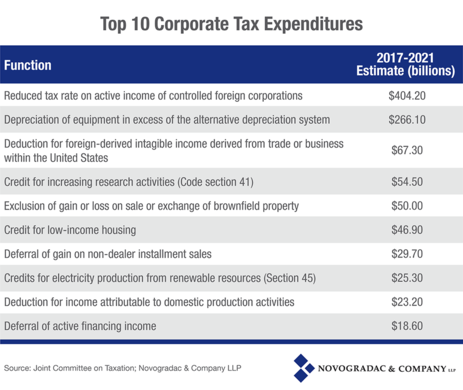 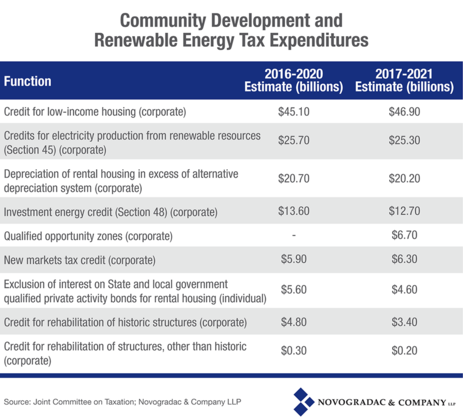 Even though the largest threats posed by tax reform appear to have receded now that it has been passed, it should be noted that calls to eliminate housing, community development and energy tax credits in the name of savings belies their relative inexpensiveness compared to other expenditures. These programs not only provide considerable benefits for affordable housing, poverty reduction, environmental protection, and historic preservation, they do so for a fraction of the cost of other tax expenditures.

The LIHTC, accelerated depreciation for rental housing, tax-exempt multifamily housing bonds, ITC, PTC, NMTC, OZ and HTC each cost just a fraction of the most expensive expenditures and none are within the top 20 most expensive revenue costs.  The largest tax expenditure, the exclusion of employer contributions for healthcare and insurance premiums, will cost over eight times the cost of the LIHTC, PTC, NMTC, HTC, OZ and ITC combined.

A total of $101.3 billion is expected to be spent on the LIHTC, PTC, NMTC, HTC, OZ and ITC over the five-year period. The tables above illustrate how these costs stack up against some of the largest tax expenditures. The LIHTC represents nearly half of the credit expenditures. Still, the LIHTC falls well outside the most expensive programs in the government and the benefits of the creation of affordable housing far outweigh the comparatively low cost of the credit. 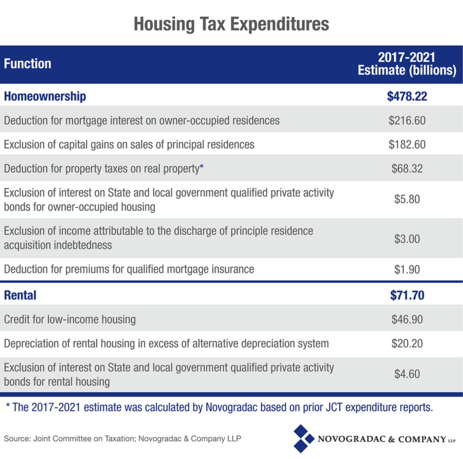 The main takeaway from the latest JCT expenditure release is that the benefits of the LIHTC, NMTC, HTC, ITC, OZ and PTC far outweigh the small savings that would result from altering or eliminating any of these incentives. With talk of another round of tax reform, advocates can highlight this fact should any of these incentives come under fire.