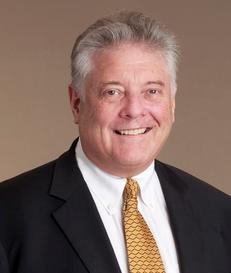 The world in general and affordable housing in specific lost a champion last week when Fred Copeman died.

Fred, who died Jan. 20, was an executive vice president at Boston Financial Investment Management and a longtime member of the board of directors of the Affordable Housing Tax Credit Coalition (AHTCC). He spent more than 30 years in the accounting world, first at Ernst & Young, then CohnReznick, but more than that, he was a thought leader and advocate for affordable housing.

Fred was a fixture in the affordable housing world from the dawn of the low-income housing tax credit (LIHTC) in 1986. Fred quickly saw the need to make the LIHTC a permanent part of the tax code, which led to him being a founding member of the AHTCC, which formed in 1988 and was initially aptly named the Coalition to Preserve the Low-Income Housing Tax Credit.  Fred remained active in the AHTCC in a variety of issues over the subsequent three-plus decades.

The affordable housing community will be forever in debt to Fred for the leading role he played during the early 1990s in helping the LIHTC to become a permanent part of the tax code, as well as guiding the expansion of the LIHTC investor base beyond individuals to corporations. Much of the policy accomplishments and continuing exceptional performance of the LIHTC are attributable Fred’s role in leading this shift in capital raising. More recently, Fred’s work included his efforts last year to promote H.R. 2, which included provisions to sustain LIHTC investment during the COVID-19 pandemic.

Fred was the author or co-author of a dozen studies on the economic performance of LIHTC properties. He was also involved in renewable energy and in the opportunity zones incentive (Fred spoke at Novogradac OZ conferences in 2018 and 2019). Fred helped Boston Financial launch its first qualified opportunity fund–a development covered last August in the Novogradac Journal of Tax Credits.

He is survived by his children, Emily and Fred Jr. A memorial service will be Tuesday at 10:30 a.m. ET at St. Pauls’ Parish in Hingham, Massachusetts.

Fred Copeman will be greatly missed.

May 4, 2021: What CDEs and Qualified Businesses Should Be Doing Now to Prepare for the Next NMTC Application Round
Posted on May 4, 2021
April 27, 2021: Maximizing the Benefit of State and Local Tax Incentives and Exclusions for Renewable Energy Properties
Posted on April 27, 2021
April 20: 2021: Understanding Provisions of the Affordable Housing Credit Improvement Act of 2021
Posted on April 20, 2021
END_OF_DOCUMENT_TOKEN_TO_BE_REPLACED