On May 4, the U.S. Department of Housing and Urban Development (HUD) announced $174 million for the inaugural round of Housing Trust Fund (HTF) allocations in 2016 and simultaneously announced allocations for each state and territory. 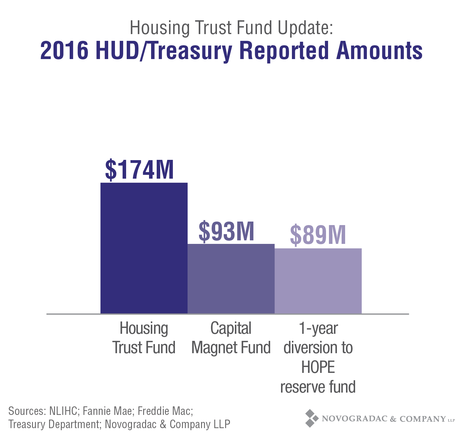 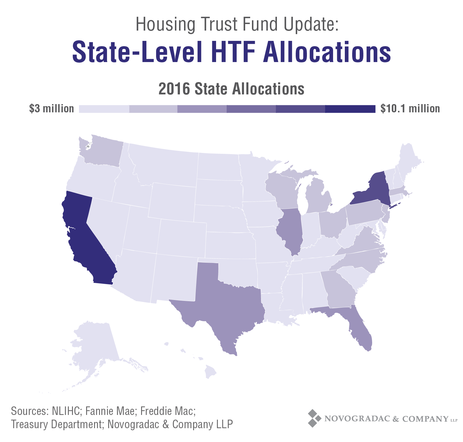 Each state must submit by the end of June a HTF allocation plan, which is expected to be similar to a low-income housing tax credit (LIHTC) qualified allocation plan (QAP). The plans must conform the requirements of the HTF statute and interim regulations. After the plan is submitted a state can make HTF grant awards to specific developments.

In related news, applications were due March 30 for the Capital Magnet Fund’s $93.5 million available for 2016. The Community Development Financial Institutions (CDFI) Fund received 125 applications requesting $609 million in awards. The award announcement is expected in the coming weeks.

Meanwhile, Fannie Mae and Freddie Mac filed their 10-Q statements for the first quarter of 2016 with the U.S. Securities and Exchange Commission. Those filings indicated that Fannie set aside $48 million for the Housing Trust Fund ($31.2 million) and Capital Magnet Fund ($16.8 million) and Freddie $36 million for both funds ($23.4 million and $12.6 million, respectively). But, those funds won’t be transferred to HUD and Treasury until early 2017. 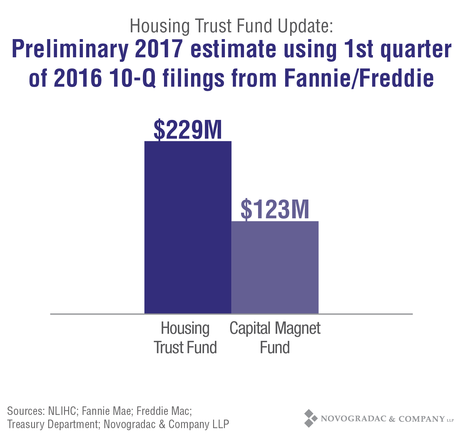 Assuming that the factors in the HTF allocation formula do not change substantially, Novogradac projects the following 2017 state allocations: 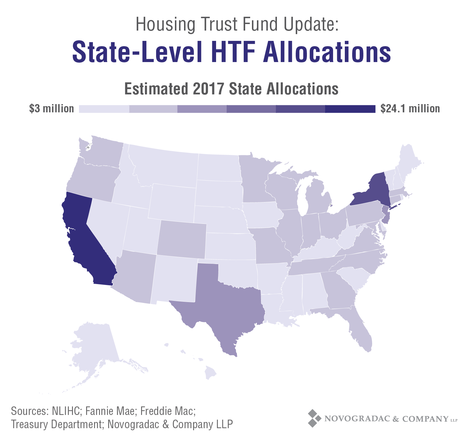 It’s interesting to note that the projected 2017 HTF funding levels are higher than the amounts allocated 2016, even though they are based on a lower projected business volume for Fannie and Freddie because the 2016 HTF allocations were reduced by a one-time 25 percent diversion to the HOPE Reserve Fund.