How Many Jobs, Affordable Rental Homes Each State Would Gain Under FY 2018 Omnibus?

As described in a recent Novogradac analysis, the 12.5 percent increase in 9 percent low-income housing tax credit (LIHTC) allocations included in the fiscal year 2018 omnibus spending law would partially offset the loss of nearly 235,000 rental homes over 10 years resulting from tax reform. The estimated gain of 28,400 rental homes is an important down payment but obviously not a complete fix; more must still be done to restore lost production from tax reform as well as to tackle the already significant current gap in unmet affordable rental housing need nationwide.

Using projections of inflation and population, Novogradac estimates the following growth in 9 percent LIHTC allocation over the next decade: 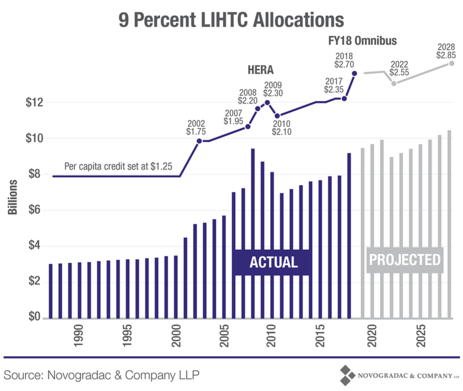 Overall, the 28,400 rental home production gain represents about 12 percent of the number of affordable rental homes lost from tax reform. But, given that the 12.5 percent allocation increase applies only to 9 percent LIHTC production, this gain does not address the loss of tax-exempt private activity bond (PAB) financed production that tax reform caused. Because PABs financed more than half of all rental homes produced in 2016 and are projected to continue doing so in the next decade, it will be important for proposals addressing PAB-financed developments be enacted, such as the minimum 4 percent LIHTC rate, to restore affordable rental housing production to pre-tax reform levels.

Nonetheless, the significant down payment that the 28,400 rental home production gain represents would also mean the gain of about 32,000 jobs and about $2.7 billion in business income and more than $1 billion in federal, state and local tax revenue across the United States. 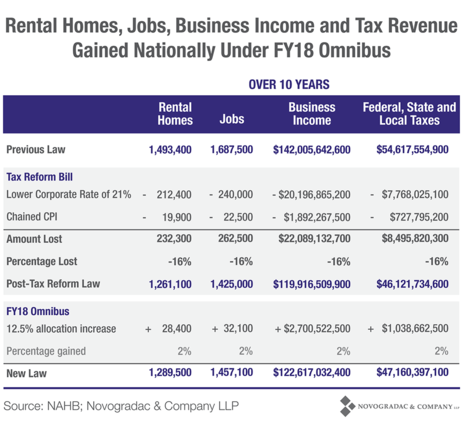 Here is how these gains would break down by state:

Based on these estimates, here are the states that would gain the most: 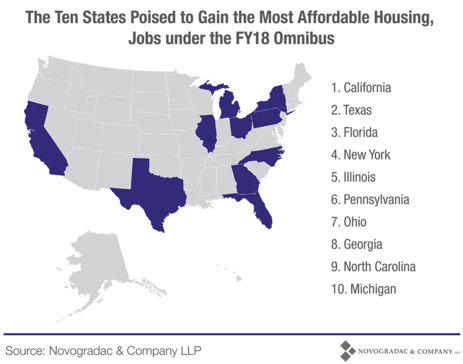 The chart below indicates how much more production would be needed to restore housing production to pre-tax reform levels: 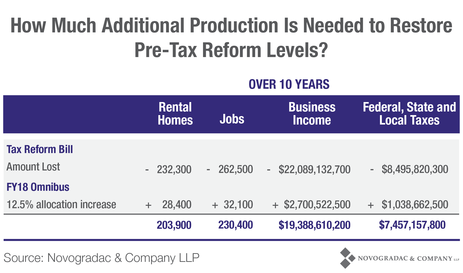 Here is how restoration needs would break down by state: