The U.S. Department of Housing and Urban Development (HUD) report “Understanding Whom the LIHTC Program Serves: Data on Tenants in LIHTC Units as of December 31, 2014,” released April 11, reveals significant facts about how the low-income housing tax credit (LIHTC) is meeting the housing needs of low-income and disabled households.

It’s important to note that the data in this report, as well as reports produced in previous years, doesn’t present a complete and comprehensive picture of the demographic and economic makeup of all individuals residing in LIHTC financed rental homes because of inconsistent reporting practices amongst states. Nonetheless, HUD’s new report does provide valuable insight into the composition of individuals that benefit from the LIHTC.

The slight increase in tenants earning over 60 percent of AMI from 2013 to 2014 can be explained by the fact that tenants are permitted to remain in LIHTC units even as their incomes increase over time and exceed the maximum qualifying limits at move-in.  Tenants’ incomes increasing speaks to the success of providing low-income individuals with LIHTC units since they then have the security and stability that an affordable home provides to pursue job opportunities and increase their income. 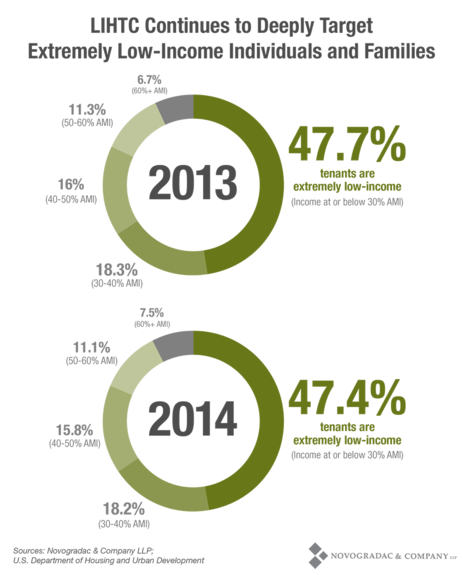 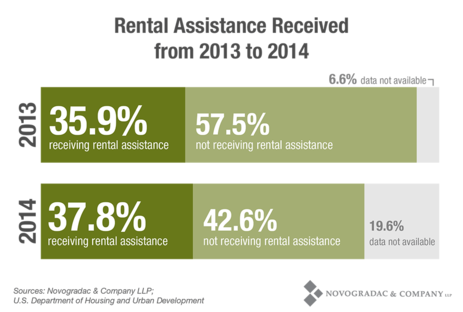 Minor Shifts in Race and Ethnicity 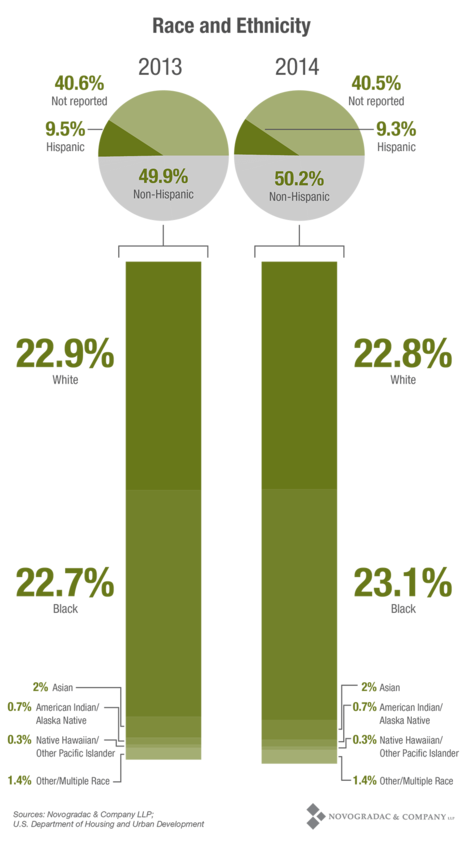 A 1997 report from the U.S. General Accounting Office (now Government Accountability Office, or GAO) provides a means to compare the tenant data from 1997 to data from the 2014 report.

However, given the increase in percentage of extremely low-income households in LIHTC properties since 1997, it’s possible to conclude that LIHTC properties are more deeply targeting the lowest income renters.  In 1997, GAO found that the average income of LIHTC tenants was 37 percent of AMI; however, in 2014 this number was estimated at nearly 30 percent of AMI.

Overall, HUD’s 2014 LIHTC tenant data report illustrates the continued success of the LIHTC, particularly when coupled with HUD and U.S. Department of Agriculture rental assistance programs.  The LIHTC continues to benefit extremely low-income and very low-income households as well as households that contain at least one member with a disability.