While the multifamily bond market is broadly recovering, some states’ multifamily housing bond markets have bounced back more quickly than others according to Novogradac & Company analysis of Internal Revenue Service (IRS) data. Novogradac also found less volatility in multifamily bond issuance. These two findings are useful for national investors as they plan investment strategies.

In August, this blog examined Council of Development Finance Agencies (CDFA) data from the 2015 Annual Volume Cap Report, and followed up with an analysis of trends in private activity bond (PAB) issuance since 2000. The IRS' data about qualified residential rental bond issuance on a state level (also referred to as multifamily housing bonds) reveal context for those trends.

In general, the IRS’ PAB data is more accurate. This is in part because the CDFA conducts its survey of issuers six months after the end of the calendar year, which may not capture all issuance, while the IRS data captures actual issuance data submitted by issuers to qualify for tax-exempt status.  However, because it takes time to capture that data, the latest available IRS PAB data is from 2014.

Changes from the Peak

The financial crisis dried up demand in 2008, plunging total residential rental bond issuance by almost 38 percent. (The CDFA’s data showed a steeper decline, with multifamily bond issuance falling by 78 percent from 2007 to 2008.)

It’s not unusual for the IRS to report more total annual residential rental bonds than CDFA does.  Looking at the years for which data are available, the IRS has consistently reported more bond issuance than CDFA, with the exception of 2006. This discrepancy can be explained by the fact that CDFA included the amount of GO Zone bonds used for multifamily in its 2006 multifamily bonds total, while IRS did not, reporting instead a separate category of all GO Zone bonds not broken down between single family, multifamily, or other eligible uses issued in 2006. 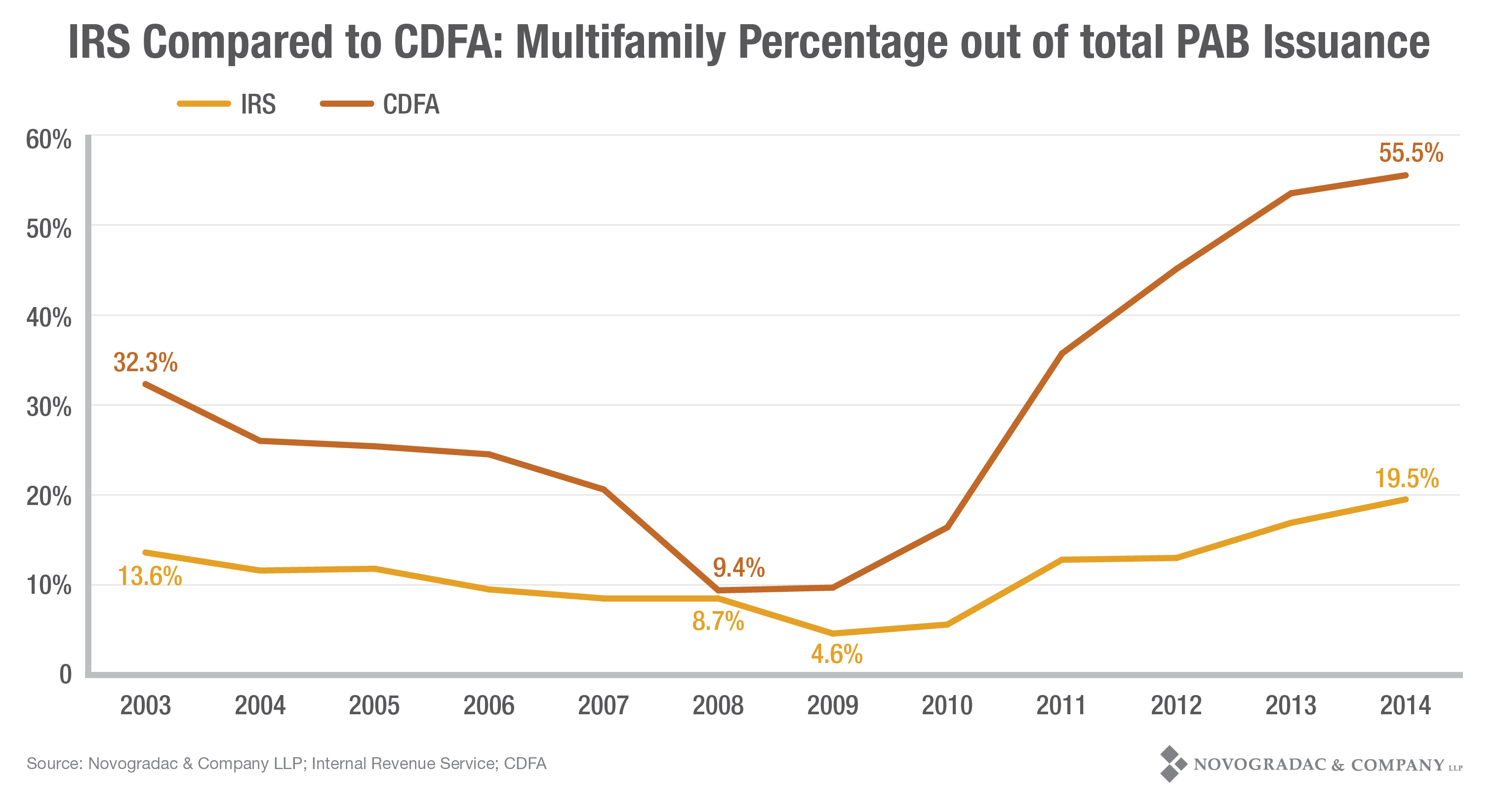 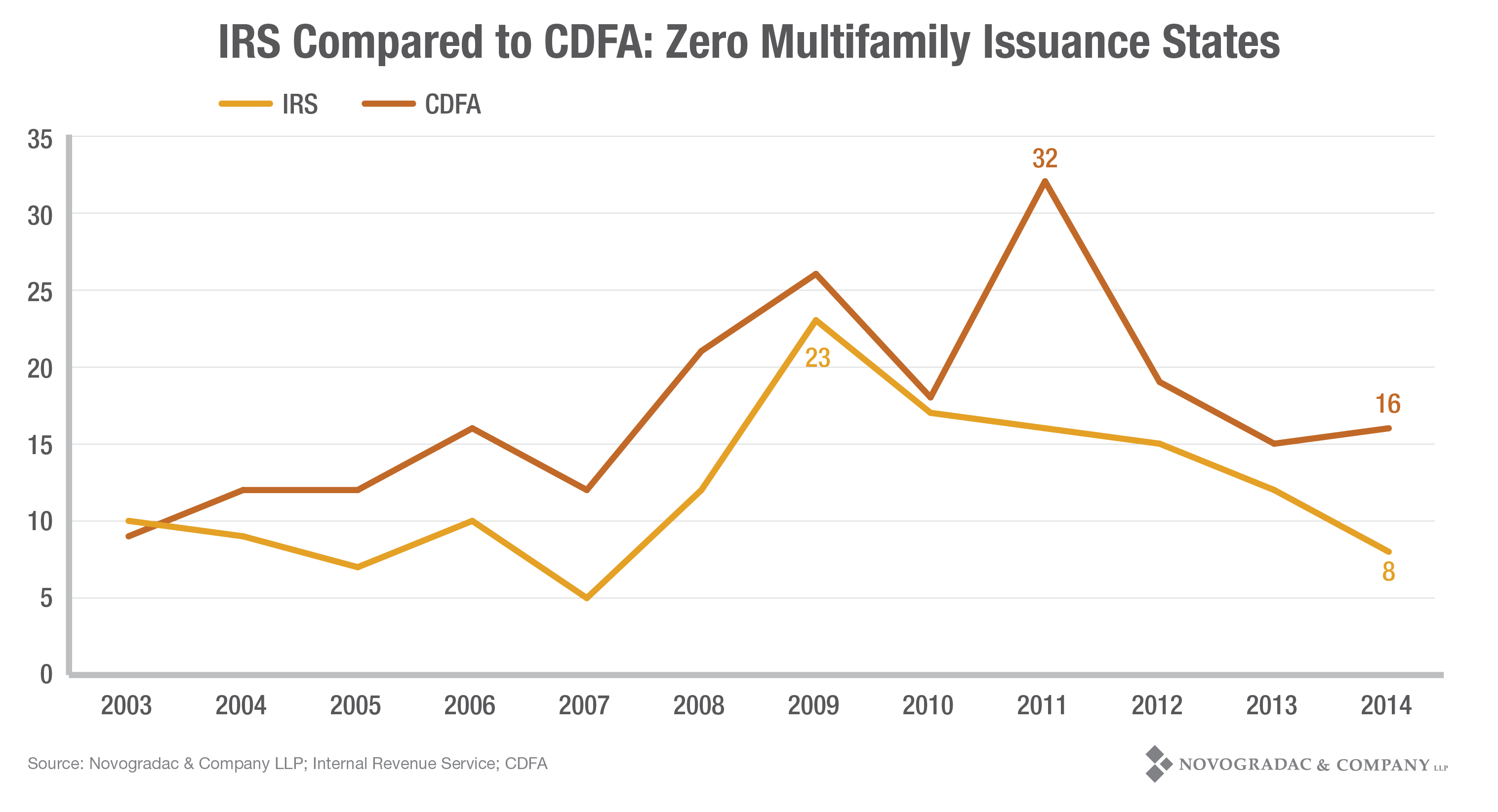 While the IRS data confirms the broader story of a recovering multifamily bond market, analysis of state level trends also tells a more nuanced story of local variation. While some states’ multifamily housing bond markets have roared back to life following the 2008 financial crisis, others have more slowly bounced back.