At the time of this writing, eight state low-income housing tax credit (LIHTC) allocating agencies have made statements or issued guidance about how they will implement the new set-aside option known as income averaging (IA).  Other allocating agencies around the country likely will look to these examples.

As described in a previous Notes from Novogradac entry, IA became part of Section 42 on March 23. The new provision allows apartments in LIHTC properties to serve households earning as much as 80 percent of area median income (AMI) so long as a corresponding number of apartments target levels below 60 percent AMI.

The concept was among more than two dozen proposals in the Affordable Housing Credit Improvement Act introduced in the current and prior sessions of Congress. When affordable housing champions in the House and Senate identified an opportunity to advance some the AHCIA the March 2018 omnibus spending bill, the legislation came together very quickly. In other words, IA was a pleasant surprise from Washington.

Although a very positive change, a consequence of the unexpected outcome is that LIHTC allocating agencies are starting from scratch to incorporate the allowance into their application reviews, qualified allocation plans (QAPs) and other processes. The work is not easy. Substantively, IA is one of the most consequential and complicated program revisions in at least a decade.

The first question allocating agencies face is which properties are eligible to utilize IA in the near term, meaning restrictions in addition to the federal requirement of electing it on the Form 8609. Several agencies preclude the option for any development with a recorded LIHTC extended use agreement (EUA), and others go farther to say the IA option will not be available until covered in a future QAP.

Among the agencies that have begun to implement IA there is generally a consensus on:

Several of the eight agencies did not address one or more of the items above.

A possible point of variation between states is changing designations in the future. For instance, can a unit go from being 80 percent to 40 percent? And if so, does the property owner need agency approval beforehand? This is one of the least certain areas in implementing IA. Section 42 says very little and any guidance from the Internal Revenue Service may take a long time. As such, there is potential for agencies use different approaches.

Unless otherwise indicated, all of the policies described below are drafts published by allocating agencies for consideration. These descriptions are partial summaries; where available the agencies’ statements are linked in the text. 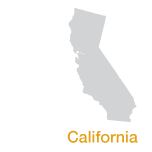 The Tax Credit Allocation Committee (TCAC) released a memo within days of IA’s enactment and has already adopted a regulation with two unique characteristics. The first is explicitly accommodating those who otherwise would be over-income households in LIHTC properties slated for rehabilitation. TCAC may authorize applications submitted and LIHTC commitments dated before March 26 to target units at 70 or 80 percent AMI as necessary based on the existing tenants (so long as the EUA is not yet recorded). Applications submitted afterwards do not need separate approval.

The other requirement unique to California is the property-wide average among units must be 50 percent AMI, as opposed to the federal 60 percent. The rules for tax-exempt bond properties are not entirely the same.

Separately, TCAC staff has indicted owners will be required to make the 8(b) election.

The Department of Community Affairs (DCA) proposed allowing IA starting with 2018 awards, although LIHTC resyndications and properties with a commitment of HOME funds from DCA are ineligible. Owners would provide a legal opinion that IA complies with other funding source requirements and make the 8(b) election.

DCA expects “reasonable parity” among bedroom sizes at each AMI level. The statement also limits the number of designations; LIHTC properties could set units at no more than four percentages (e.g., 30, 50, 60 and 80 percent).

LIHTC property owners with a reservation of 2018 LIHTCs may ask the Housing and Community Development Authority to use IA unless doing so would reduce either the number of LIHTC units or the application point score. Documentation requirements include an updated market study.

Recently awarded developments will not be able to use the new provision. The timing of enactment relative to release of the next QAP made it challenging to incorporate IA, but staff is working on evaluating and assessing the impacts.

The Housing Finance Agency posted a draft QAP with a section on IA (page 33), which includes the following:

The Department of Housing and Community Affairs has proposed authorizing staff to approve IA in awarded developments so long as it would not change any representations made in the application. Otherwise the board would vote on requests. Owners will need a current market study and confirmation from funding sources.

The statement also specifically says AMI designations “can float” between units and gives an example:

In an email, the Housing Finance Commission said IA will not be available to LIHTC properties either with an executed EUA or that have already placed in service. The commission will consider requests for other awards so long as there are no material differences in point scoring. Owners will need consent from funding sources and an updated market study. Owners also must agree to comply with any new guidance.

The 2018 application process will not change.

The Housing Development Fund said in an email that it does not anticipate permitting IA in 2018.

Guidance and policies from more allocating agencies will follow in the next few months. Some state decision makers are waiting to learn more at the National Council of Housing Finance Agencies’ Housing Credit Connect conference next week, during which IA will be a frequent topic.

Allocating agencies need to hear from program participants to shape their QAPs, especially on anything new. Because of IA’s importance and complexity, all perspectives should provide input, including compliance, development, equity, lending, local government and tenant advocacy.

Also next is the continuing effort to enact the rest of AHCIA. In addition to the headline goals of increasing the 9 percent LIHTC and setting a minimum 4 percent rate, several aspects relate to QAPs.

More information on IA can be found in this previous blog post, this Journal of Tax Credits article and this recorded webinar.