Thirty years ago Saturday–Oct. 22, 1986–President Ronald Reagan signed legislation authorizing the most sweeping tax reform in a generation. The Tax Reform Act of 1986 (TRA ’86) was a victory of bipartisanship, as it simplified the tax code, closed loopholes, eliminated many tax shelters, raised revenues and created one of Reagan’s lasting legacies. 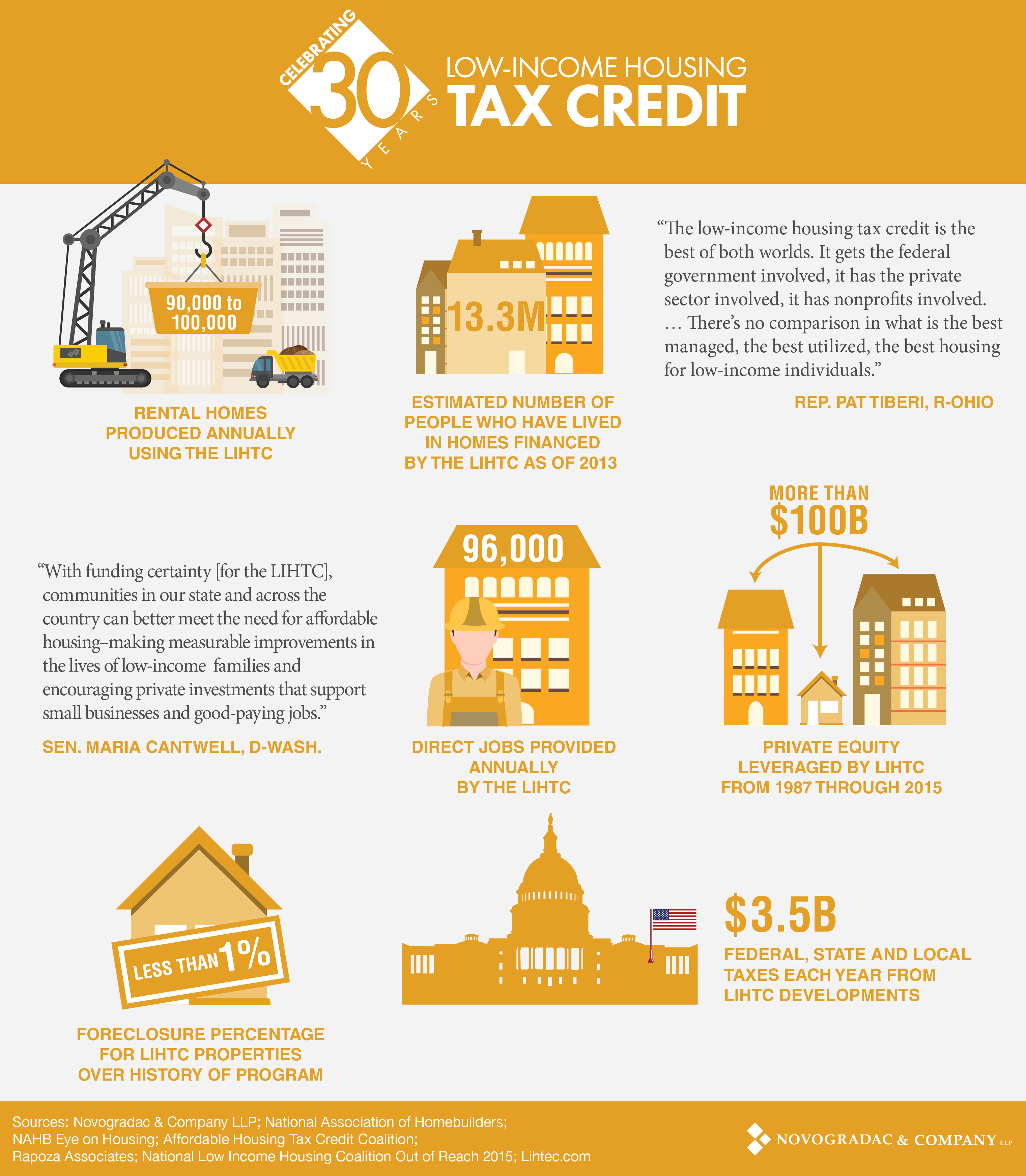 “[The LIHTC is] the sun that all the other [affordable housing] programs revolved around,” said Timothy Wheat, regional vice president of Pinnacle Housing Group, in the Low-Income Housing Tax Credit Showcase published earlier this year. “It’s the center of the solar system.”

The LIHTC sun rose 30 years ago. TRA ’86 capped a year’s work for legislators and their staffs, who navigated through a complex set of conflicting objectives. An article in the October issue of the Novogradac Journal of Tax Credits detailed the behind-the-scenes stories of such figures as affordable housing legends Bobby Rozen, who was the tax legislative counsel for Sen. George Mitchell of Maine, and Buzz Roberts, who was a consultant for the Local Initiatives Support Corporation (LISC) and now is president and chief executive officer of the National Association of Affordable Housing Lenders (NAAHL).

They tell a tale of a legislative obstacle course that included a mandate to eliminate most deductions for wealthy taxpayers, which caused difficulties for a provision that included tax credits. Ultimately, the influence of Mitchell and others led to the passage of the bill and Reagan’s endorsement.

It was a lengthy process involving 245 congressional actions and 111 amendments, but it was bipartisan: 176 Democrats and 116 Republicans voted for passage in the House; 33 Democrats and 41 Republicans voted for the bill in the Senate. Support from both parties isn’t unique in the LIHTC’s three decades, as control of the House and Senate switched back and forth during the terms of five presidents–two Democrats and three Republicans. Save for a brief expiration in 1992-93 (which was later covered retroactively when it was made permanent), the LIHTC has remained and improved.

But 30 years ago, the LIHTC wasn’t popular. As Roberts said, “most of the industry thought it was a dumb idea.”

What they didn’t recognize was the program’s attractiveness to investors and its adaptability. Those benefits became particularly obvious after the Mitchell-Danforth Tax Force in 1989, which added such things as qualified allocation plans, required feasibility analysis, competition for credits and the extended-use period.

Three decades later, more than 13 million people are estimated to have lived in the 2.8 million homes financed by the LIHTC, with close to 100,000 homes annually created and nearly 100,000 jobs a year supported through the program.

Make no mistake: there is still work to be done. The Affordable Housing Credit Improvement Act is before both houses of Congress, following the trail blazed by such previous legislation as the Community Renewal Tax Relief Act of 2000 (as included in the Consolidated Appropriations Act of 2001), which included a per-capita increase in the LIHTC cap and included annual inflation adjustments. Efforts to shape and adapt the LIHTC continue including bills to increase allocations for disaster-stricken areas.

Being flexible while only “paying for success” is one of the LIHTC’s secrets of success. The LIHTC balances the needs of many stakeholders, as the IRS sets guidelines administered by state housing agencies. Developers who receive LIHTC allocations still often must secure a conventional loan as well as gap funding from a public or private source. Third-party investors review and assess the developments to assure their success, and the LIHTC properties must comply with IRS regulations through the first 15 years and state regulations for at least another 15 years after that.

LIHTC properties are built for families, seniors, special-needs residents, veterans, formerly homeless people, Native Americans, farmworkers and more. They are in urban, suburban and rural areas–sometimes in multifamily buildings, sometimes in single-family homes. Simply, the LIHTC–created in the haze of the battle to pass TRA ’86–has been successful in every decade.

As we near an election that will result in the sixth president since enactment of the LIHTC, it’s a good time to reflect on the good it’s done and how we can build on its success for reach even more Americans with affordable housing needs. Millions of Americans have lived in homes made possible through the tax credits and the billions of dollars of investment the LIHTC triggered, and the Affordable Housing Credit Improvement Act introduced by Sens. Maria Cantwell, D-Wash., Orrin Hatch, R-Utah, could help many hundreds of thousands more.