Multifamily bond issuance grew fairly steadily between 2000 and 2007, with roughly $3 billion in bonds issued in 2000 and approximately $6.25 billion issued in 2007, according to the Council of Development Finance Agencies (CDFA). However, in 2008 multifamily bond issuance dropped by $4.6 billion, or 78 percent. The financial crisis made investors and lenders significantly more risk averse, reducing their demand for a variety of bond instruments. Furthermore, interest rates for taxable debt were so low that they were often more appealing than debt from multifamily bonds. This, in turn, reduced the demand for multifamily housing private activity bonds (PABs). 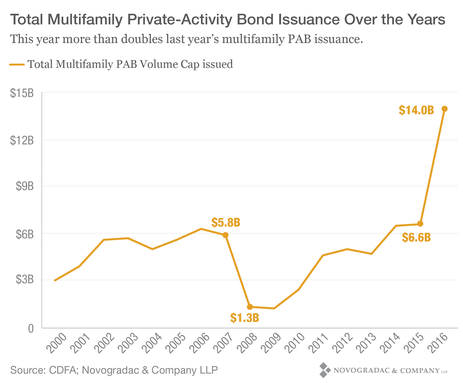 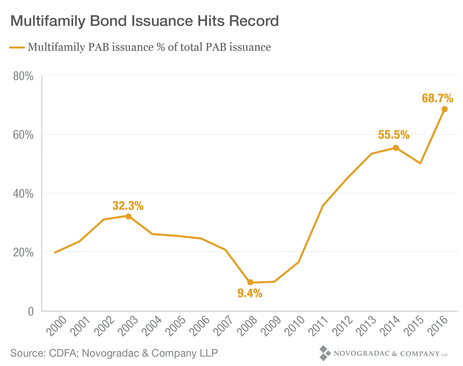 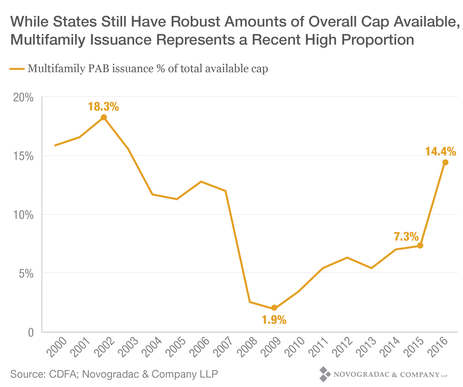 May 4, 2021: What CDEs and Qualified Businesses Should Be Doing Now to Prepare for the Next NMTC Application Round
Posted on May 4, 2021
April 27, 2021: Maximizing the Benefit of State and Local Tax Incentives and Exclusions for Renewable Energy Properties
Posted on April 27, 2021
April 20: 2021: Understanding Provisions of the Affordable Housing Credit Improvement Act of 2021
Posted on April 20, 2021
END_OF_DOCUMENT_TOKEN_TO_BE_REPLACED