Investment in qualified opportunity funds (QOFs) continue to grow, providing a positive economic metric and further optimism for a community development tool to help the nation recover from the economic fallout of the COVID-19 pandemic.

Total investment in QOFs on the Novogradac Opportunity Funds List is now $12.05 billion, although the amount invested in all QOFs is undoubtedly more. A report last week by the White House Council of Economic Advisors (CEA), which used Novogradac data as a key factor, placed total investment at $75 billion.

The CEA formula is an extrapolation, while Novogradac’s list is based on collected data. 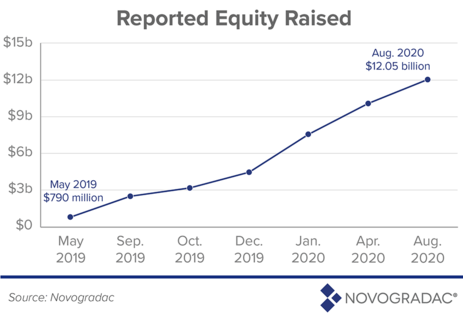 The Novogradac total is $1.96 billion (19.4 percent) more than the Novogradac Opportunity Funds List included in late April, when anecdotal evidence suggested investment slowed considerably due to the COVID-19 pandemic. The increase reflects a continuation of the steady growth in equity reported since Novogradac began tracking investment in May 2019.

The information in Novogradac’s rolling survey comes from QOFs voluntarily providing information or from other public sources, such as Securities and Exchange Commission (SEC) filings and press releases. The Novogradac list includes single- and multi-asset funds, but doesn’t include proprietary or private funds owned and managed by their principal investors–which means the actual total is much higher.

The CEA report used Novogradac data from 2019 and 2020. The CEA also used information on QOFs available on the SEC website. The CEA report said Novogradac and the SEC showed similar growth rates in the number of QOFs and equity raised and used a multiplier on Novogradac’s data.

The current data on the types of investment for QOFs reflect longer-term trends: QOFs that focus on residential and commercial OZ investment lead the way in raising equity. 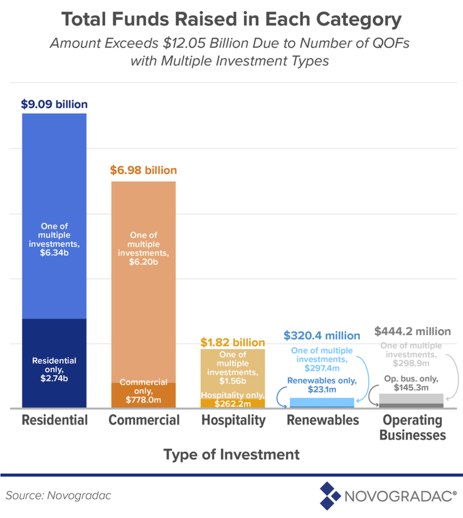 Novogradac also categorizes QOF investment by which states investment is made when that information is available. 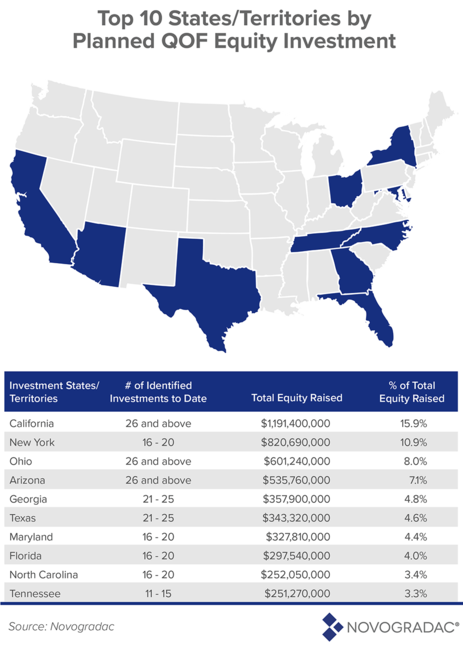 California and New York top the list and America’s two largest cities contribute mightily to the amounts. Based on Novogradac’s numbers, New York City-focused QOFs have raised $696 million and Los Angeles-focused QOFs have raised $509 million–much of which is attributable to the number of low-income areas in those metro areas. The investment amounts in New York City and Los Angeles combine to make up 10 percent of the national investment total.

Proponents of the OZ incentive highlight the fact that the recipients of investment are low-income communities, which have suffered disproportionate damage from the COVID-19 pandemic.

As the nation looks for tools to help spark a recovery from the COVID-19-caused economic recession, the OZ incentive provides a unique tool to fund development in low-income communities. President Donald Trump and Democratic presidential candidate Joe Biden have each expressed enthusiasm for the potential of OZs to spur recovery and economic growth.

The continuing increase in equity investment provides reason to see the OZ incentive as another key tool in the fight to rebuild America’s post-pandemic economy.