Investment in qualified opportunity funds (QOFs) continues to grow–and the pace appears to be picking up.

Funds that invest in opportunity zones (OZs) report having raised more than $6.7 billion according to the latest update of the Novogradac Opportunity Funds Listing. That is an increase of more than 50 percent from the total ($4.46 billion) reported one month ago.

Significantly, the Treasury Department released final regulations for OZs in December, a landmark moment for the tax incentive that was part of the tax-reform legislation in late 2017. 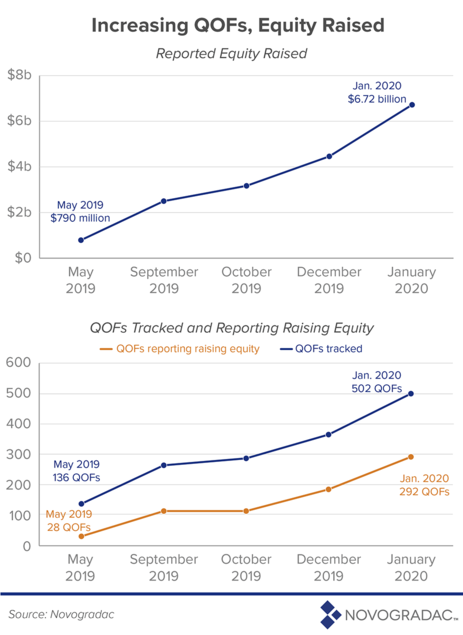 This is the continuation of a steady growth in the number of QOFs on the Novogradac listing and the amount they report having raised–going from 28 funds having raised $790 million last May to this month’s figures.

The information for the rolling survey comes from QOFs voluntarily providing information or from other public sources, including press releases. The Novogradac list doesn’t include proprietary or private funds owned and managed by their principal investors.

Of course, the total funds raised by QOFs is undoubtedly higher than the reported $6.72 billion, because the Opportunity Funds Listing is a voluntary rolling survey and many of the QOFs being tracked haven’t revealed their fundraising levels to Novogradac. In addition, there are QOFs that are not part of the survey and there are private QOFs formed by high-net-worth individuals, corporations and others. It’s reasonable to estimate that the actual dollars raised to date are double or triple $6.72 billion.

Among the QOFs on the Novogradac listing, those with at least a partial focus on residential and commercial investment continue to lead the way, although operating businesses are beginning to gain steam. 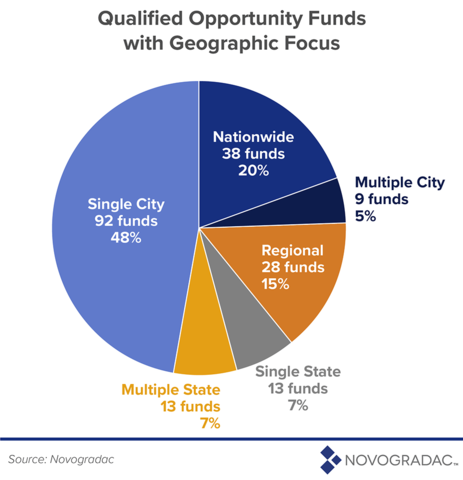 The geographic focus of QOFs continues to be broad. Of the 193 QOFs that report their geographic focus, 47.7 percent have a single-city focus. That is mitigated by the fact that more than half of those QOFs say they have a single-asset focus. In other words, they are focused on a single city because they were formed to provide financing for a specific business.

Nearly 20 percent of QOFs have a national focus and 14.5 have a regional focus. The rest have a single-state, multiple-state or multiple-city focus.

The increasing investment in QOFs is more evidence that the OZ incentive is maturing.

As indicated earlier, since Novogradac began tracking these funds in May, the number of QOFs reporting equity raised has increased by a factor of three and the amount reported raised has gone from $790 million to $6.72 billion.

With Treasury’s final regulations scheduled to be published Monday in the Federal Register–and the expectation that they will go into effect after March 13–investors are more comfortable with the two-year-old incentive.

At least that’s what the numbers indicate.