It’s that time of year again: the countdown phase for the release of the 2020 U.S. Department of Housing and Urban Development (HUD) income limits.

Looking ahead, here are some key questions and answers about the income limits.

As discussed previously, HUD must incorporate the Department of Health and Human Services (HHS) poverty guidelines into their extremely low income (ELI) limit. Those were released in the Jan. 17 Federal Register.

The HUD release dates for the last four years were:

HUD uses the American Community Survey (ACS) when calculating area median income (AMI). The 2020 income limits will be based on the 2017 ACS data. Both the 2017 and 2018 ACS data has been released to the public, which allows Novogradac to do some fairly robust estimates of AMI for 2020 and 2021. Novogradac launched an income limit estimator tool in 2018. More information about how the estimates are generated is available in this blog post. 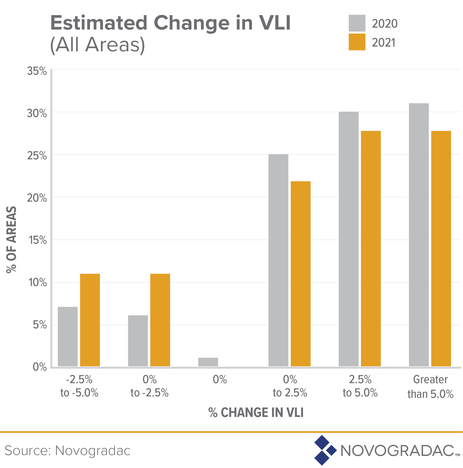 Will the income limits finally incorporate the average income minimum set aside?

When determining MTSP, HUD applies a high housing cost adjustment that increases the income limits for areas where the cost of housing is abnormally high compared to the median income for the area. These areas are known as high housing cost areas and the adjustment is based on the two-bedroom fair market rent (FMR) as published by HUD. The FMR for 2019 has been published and therefore Novogradac can calculate the 2019 MTSP for areas that fall under the definition of high housing cost areas. Those areas will have an MSTP at least equal to the amount in the calculation. There may be other adjustments that result in the income limits being even higher than the amount calculated by the change in FMR; however, after taking into account the cap on increases discussed above, the income limit would never be lower than the amount calculated by the FMR.

These 40 areas include areas with large populations such as the following:

Please visit the Novogradac Rent and Income Limit Estimator © page to purchase an income limit estimate or more detail on these areas.

Forty-five states plus the District of Columbia are estimated to have increases in state median income for 2020 over 2019. The five states estimated to have decreases in 2020 are Alaska, Connecticut, Oklahoma, Vermont and West Virginia. Rhode Island is forecast to have the largest increase in 2020, at 8.45 percent.

Understanding LIHTC income and rent limit growth is vital to develop and manage successful affordable rental housing properties. Among other things, better understanding how income limits will change in future years can enable developers, investors and lenders to better underwrite LIHTC properties. With the Novogradac Rent and Income Estimator © you can understand how income and rent limits will change over the next one to two years. While data isn’t available for every area, Novogradac can provide estimates of area median income (AMI) for 2020 and 2021 and very low income (VLI) for 2020 and 2021 for many areas. Learn more about these estimates and for which areas they are available.