The Internal Revenue Service (IRS) this week published the amounts of unused low-income housing tax credit (LIHTC) carryovers for calendar year 2012 that were allocated to 34 qualified states and Puerto Rico.

With the exception of 2010, when there was unused LIHTC carryover amount to be allocated to qualified states because there was no national pool amount from which LIHTCs could be redistributed, the national pool total has ranged between $2.4 and $6.4 million a year for the past 10 years. 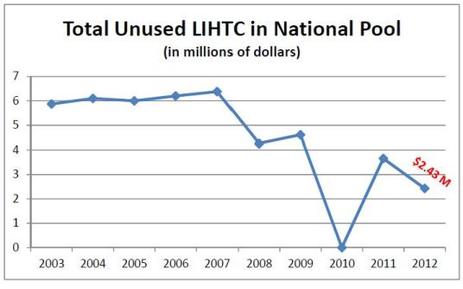 Help Rewriting QAPs Provides Opportunity for Clarity, Simplification
Rising Stars: Novogradac Spotlights Younger Leaders in Community Development
ESG Investing: Where it is Now; Where it’s Headed; What to Do
END_OF_DOCUMENT_TOKEN_TO_BE_REPLACED