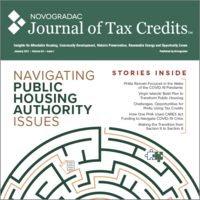 That’s good news for Joe Biden, who will be sworn in Jan. 20 as the nation’s 46th president. Whether Biden’s Democratic Party controls Congress depends on the outcome of two U.S. Senate runoff elections in Georgia Jan. 5: Democratic candidates need a sweep to give their party control of the Senate (it would be a 50-50 split, with Vice President Kamala Harris providing a tie-breaking vote).

However, even control of the Senate won’t mean an easy road for the Democrats. When Sen. Joe Manchin, D-West Virginia, announced shortly after November’s election that he wouldn’t vote to eliminate the legislative filibuster, it meant Democrats would need 10 or more Republican votes to pass controversial legislation. (One caveat is the possibility of budget reconciliation for some tax bills, a process that allows expedited consideration of certain legislation that is not subject to Senate filibuster. Budget reconciliation means a bill can pass with a simple majority, but there are severe limitations on what it can pass and how often it can be used, not to mention how difficult it would be to pass a budget resolution that would enable later reconciliation legislation.)

Democratic control of the Senate would simplify such things as approval for cabinet and judicial appointments, but difficult legislation would still face a big hurdle.

However, Biden will have regulatory power and a pulpit from which he can promote his agenda.

The new president will undoubtedly issue high-profile executive orders during his first days in office, most likely rejoining the Paris climate accord, increasing the annual refugee cap and addressing the COVID-19 pandemic.

Other regulatory avenues are available to affect affordable housing, community development, historic preservation and renewable energy. While legislation to expand and enhance various tax incentives is being pursued by advocates, here are some areas President-elect Biden could consider through regulatory measures, starting with a front-burner issue: Community Reinvestment Act (CRA) reform.

The Office of the Comptroller of the Currency (OCC) oversees banks that hold about 70% of financial assets in the United States, including the vast majority of low-income housing tax credit (LIHTC) and new markets tax credit (NMTC) investors. The OCC updated CRA regulations in May 2020, the first such move in 25 years.

However, the updated regulations brought significant criticism from many in Congress, some banks and community development and affordable housing advocates, who were unhappy with the dollar-volume-driven evaluation framework the OCC suggested to measure CRA compliance.

Four months later, the Federal Reserve published its own advanced notice of proposed rulemaking for CRA regulations, proposing a significantly different approach that promised a more qualitative evaluation would likely be more favorable to affordable housing and community development.

Biden will have regulatory authority over updated regulations. The head of the OCC largely serves at the pleasure of the president, so Biden could appoint an OCC leader with different views than Joseph Otting, who left the OCC the day after releasing the updated guidance, and Brian Brooks, the acting comptroller.

Most community development and affordable housing practitioners presume that the OCC final regulations will be revoked by the Biden administration and CRA regulations will be reexamined, probably with the Fed proposal as the starting point. There are many possibilities for new CRA regulations, including standards that encourage increased investment in affordable housing and community development. Biden’s administration will have a great deal of say over the updated guidance.

The CRA isn’t the only area in which the Biden administration will be able to wield regulations.

Many COVID-19-related deadline extensions granted by the Internal Revenue Service (IRS) were set to end at the end of 2020 and groups, including the Novogradac LIHTC Working Group, have asked for an extension through Sept. 30, 2021. If those extensions weren’t granted in December, affordable housing practitioners will seek extensions in January.

The conservatorship of Fannie Mae and Freddie Mac could be affected by a Biden appointment. Current Federal Housing Finance Agency (FHFA) Director Mark Calabria has been working toward ending federal conservatorship of the government sponsored entities (GSEs), a decision that would limit the influence of FHFA on their affordable housing activities and could possibly result in less investment in affordable housing. Calabria is less than two years into a five-year term, but a Supreme Court decision last summer concluded that presidents can fire the Director of the Consumer Financial Protection Bureau, which likely also applies to FHFA as a similar single-director headed independent agency. There is also pending Supreme Court case that directly considers the status of the FHFA director.

That means Biden may be able to force Calabria out (more likely, Calabria would resign) and appoint a new FHFA leader who would likely maintain the conservatorship and perhaps work to increase the $500 million limit on annual investment in LIHTC equity by each GSE. There could also be increases in the GSEs’ duty-to-serve mandate for affordable housing preservation, rural housing and manufactured housing–as well as increased affordable
housing lending goals.

Another regulatory option for Biden’s administration is a potential reversal of the Trump administration’s move to overturn the Obama-era affirmatively furthering fair housing (AFFH) regulations. A new U.S. Department of Housing and Urban Development (HUD) secretary would have the authority to reinstate the 2015 rule.

HUD’s Rental Assistance Demonstration (RAD) program has bipartisan support: It became law under President Obama and was expanded by the Trump administration. A Biden-appointed HUD secretary could push for expansion, permanence, more diversity of properties and other moves to extend the impact of RAD.

Biden proposed a wide swath of environmental policy changes from the Trump administration, including a “clean energy revolution” during his campaign. Biden vowed to ensure the U.S. achieves a 100% clean energy economy and reaches net-zero emissions by 2050, partly by making a federal investment of $1.7 trillion over the next decade–although legislation is needed to achieve that.

Biden vows to use the federal government procurement system to lead the charge and to reduce greenhouse gas emissions from transportation.

Renewable energy practitioners need legislation for many of their goals, but regulations could clarify some issues, including what constitutes energy property under Internal Revenue Code 48. IRS regulations could revise dual-use equipment rules to provide more flexibility. The renewable energy community would also benefit from regulations that clarify that storage devices are allowed to be added to existing operational projects.

Both the NMTC and the opportunity zones (OZ) incentive communities will look to the Biden administration for clarity.

For OZs, the Biden administration could direct Treasury to develop a new certification process for qualified opportunity funds (QOF), which heretofore have been self-certified. A Treasury approval process could require a QOF strategy that results in clear economic, social and environmental benefits to a community.

Biden could also shift oversight of the OZ incentive from the IRS to the Treasury’s Community Development Financial Institutions (CDFI) Fund, which oversees the NMTC program.

The NMTC Working Group has also requested guidance from the IRS. Areas include loan modifications, a redemption safe harbor for partnership community development entities, clarification of the historic tax credit (HTC) safe harbor for transactions that include the NMTC and more.

The National Park Service oversees the federal HTC incentive, financed through applications fees paid by each applicant. The Biden administration could help the HTC community by ensuring full staffing of the HTC program, which would lead to quicker approvals.

The Biden administration could help encourage NPS outreach to stakeholders and more consistency between the NPS and state historic preservation offices. NPS standards could also be updated, including a modernization of the Secretary’s Standards to address such items as climate impact and energy efficiency, flood and earthquake damage prevention, and other needs of modern tenants.

Biden’s hopes to take office riding a “Blue Wave” of the Democratic Party sweeping the White House, Senate and House of Representatives suffered when Republicans won 50 Senate seats in November and Manchin said he wouldn’t vote to end the filibuster. The next session of Congress will feature more negotiation and compromise than Democrats hoped would be necessary, but a change in the White House means significant changes in regulatory policy.

Joe Biden will have an opportunity to leave his fingerprints on affordable housing, community development, historic preservation and renewable energy. It may not be through sweeping legislation–although that remains possible. But regulatory power is still significant.