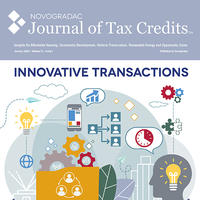 Dayton, Ohio’s, architectural gem, the Dayton Arcade, is being brought back to life after decades of vacancy.

“The emotional center of the city is vacant and blighted,” said Bobby Maly, chief operating officer at The Model Group. “This was a part of so many people growing up. It’s a significant part of the history of Dayton.”

The nine-building, 330,000-square-foot Dayton Arcade was built in the early 1900s and consists of interconnecting buildings in the heart of downtown Dayton, highlighted by a 70-foot-tall, 90-foot-wide, glass-domed rotunda. Last occupied in the 1980s, the Dayton Arcade featured everything from food and beverage vendors to office space and housing.

However, as the retail sector declined, so did the Dayton Arcade. Redevelopment partners anticipate that this rehabilitation will bring the Dayton Arcade, and the entire downtown, back to life.

“We see this as a game-changer for the community,” said Frances Kern Mennone, development director at Cross Street Partners. “The Arcade is seen as a bellwether for the health of downtown Dayton. Without the Arcade block on its way to revitalization, some community members discredited the great existing growth downtown. This is huge for the revitalization of downtown.”

“We’ve been looking for momentum to weave the fabric of the rest of downtown back together again,” said Trace Shaughnessy, vice president of development at MBS.

Phase 1 will include the HUB, a 100,000-square-foot facility that will include a co-working, shared office and incubation space meant to bring together academic and entrepreneurial partners. This joint venture between the University of Dayton and The Entrepreneurs Center is intended to act as a catalyst for Dayton’s economy. Kern Mennone said the University of Dayton is the anchor tenant and helped make this entire rehabilitation possible.

The commercial portion of Phase 1 will also include roughly 20,000 square feet of retail and restaurant space, primarily along the street level of the Dayton Arcade. Tenants may include a custom craft brewery, a fresh market and deli, and a local coffee shop.

The rotunda area will be used as a tourist destination and public events space for festivals, pop-up retail, performances, talks, product launches and more. A new theater will be built on the lower level under the rotunda. The commercial portion of Phase 1 will also include a 17,500-square-foot art center with galleries, classrooms and studio space.

“Now, the block is vacant and blighted,” said Maly. “Ultimately, this will be a high-impact retail corridor, bringing life back to the streets.”

The upper levels of four buildings will include The Art Lofts at the Dayton Arcade: 110 apartments, including 103 LIHTC apartments and seven market-rate apartments. While the apartments are available to the general public, there is a focus on housing local artists.

The Art Lofts at the Dayton Arcade will include a community room, a property management office, a business center and in-unit washing machines and dryers.

“This project is so significant that it will have an immediate impact on downtown Dayton,” said Maly. “It will increase resident density and bring highly impactful people to work every day.”

Phase 2 of the Dayton Arcade will also be a multifaceted development. It will include a kitchen incubator and fresh foods market. This roughly 10,000-square-foot space will have commercial-grade equipment, storage and preparation areas designed to help food startups scale their businesses.

The financial closing is expected to be in the second quarter of 2020, with construction starting immediately afterword.

Financing Phase 1 of the Dayton Arcade

“This was an attractive investment for us because of the catalytic nature of the development and the potential it has for downtown. We are talking an entire city block,” said Brian Heitkamp, president of the Dayton Region New Markets Fund, a CDE that is located across the street from the Dayton Arcade. “You don’t get many opportunities to do a project of this size and scale. Having this as an anchor, good things will come around it.”

MBS provided a $7 million NMTC allocation. “Ohio is one of our primary markets and we have invested in Dayton as well,” said Laurel Tinsley, chief executive officer of MBS Urban Initiatives CDE. “There are so many things happening in this space all tackled at once. It is meeting the community’s needs on so many different levels.” Tinsley said MBS also set some money aside for a collaborative space to allow nonprofits to access the Dayton Arcade.

The third CDE was Consortium America, which provided a $5 million NMTC allocation. “The Dayton Arcade will help revitalize a highly distressed low-income area, create a new center of 24/7 activity and will result in hundreds of jobs being created,” said Adam Weers, vice president, managing member at Consortium America. “The construction of Phase 1 and Phase 2 will create approximately 300 jobs and following completion there will be over 1,100 jobs created, 50 percent of which will offer benefits and salaries above the minimum wage. We were especially proud of the level of community participation exhibited in this transaction.  The Dayton Arcade is part of a larger plan by the city of Dayton to bring residents, jobs and visitors back to the downtown.”

PNC Bank was the NMTC investor, providing $12.5 million in NMTC equity. “This was a complex transaction involving a development team consisting of multiple partners with varying degrees of responsibility and engagement,” said Kelly Clements, NMTC relationship manager at PNC. “The overall project required layers of complex financing. How, where and when these different sources came into the transaction structure created challenges and plenty of opportunity for creative problem solving. From the beginning, we were eager to find a way to contribute to the revitalization of the Dayton Arcade. We are thrilled to have the opportunity to partner with the very dedicated CDEs involved in the financing.”

Foss and Company provided more than $8.2 million in federal HTC equity and a $9.3 million bridge loan.  “Strangely, downtown is the last neighborhood to get redeveloped in Dayton,” said Eric Brubaker, director of acquisitions at Foss and Company. “We are used to seeing the opposite. This project will kick off the rebirth of downtown. This project had incredible support behind it. The city made it clear this was the priority for downtown.”

The capital stack for the commercial portion of the Dayton Arcade was rounded out with $15.9 million in PACE financing from Twain Financial Partners, a $10 million city of Dayton loan, $2 million in owner equity, $1 million in grants and discretionary funding from Montgomery County and a $900,000 JobsOhio grant. In addition, the University of Dayton provided $1 million of grant funds to City Wide to facilitate the leverage loan funding.

The Art Lofts at the Dayton Arcade was also financed with numerous tax credit incentives.

“There were two landlord entities encompassing financing for seven historic buildings. Initially, using two separate landlord entities was not contemplated, but was needed in order to limit exposure to prevailing wage requirements,” said Nick Epifano, manager in the Cleveland office of Novogradac, which worked on developing the overall financial structure and resolved various NMTC and HTC financing issues by working with attorneys, lenders, investors and the project sponsors, among other things. “This proved challenging for the developers and us as their construction budget needed to be separated and costs allocated appropriately to the various entities.”

“I am proud of the entire development team for getting this project to the finish line,” said Annette Stevenson, CPA, partner in the Cleveland office of Novogradac. “Combining this many tax credit incentives was certainly challenging, but the impact the Dayton Arcade will have on the city of Dayton made it well worth everyone’s efforts.”