Can Section 108 Be Used to Assist a LIHTC Development? 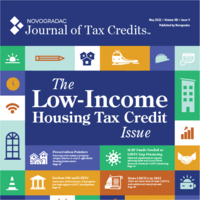 One of the most flexible, but undersubscribed financing tools for housing and community development offered by the U.S. Department of Housing and Urban Development (HUD) is the Section 108 loan guarantee program. The Section 108 program has 300-plus active participants despite having more than 1,200 eligible recipients, a $300 million fiscal year 2022 authorization and multiple eligible uses.

One of the many ways Section 108 loans can be used is to assist low-income housing tax credit (LIHTC) transactions. Some municipalities are finding creative ways to use the Section 108 program to acquire properties for LIHTC development and to finance infrastructure improvements. 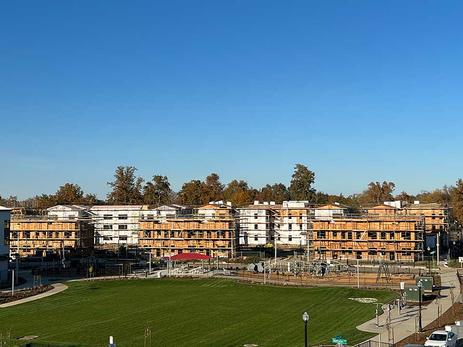 Using Section 108 with the LIHTC

In order to use Section 108, the CDBG grantee must propose a financially feasible transaction and must pledge its CDBG funds to secure the Section 108 loan. In turn, the grantee can access Section 108 loans up to five times the amount of its most recent annual CDBG allocation.

Some of the eligible activities under Section 108 include: 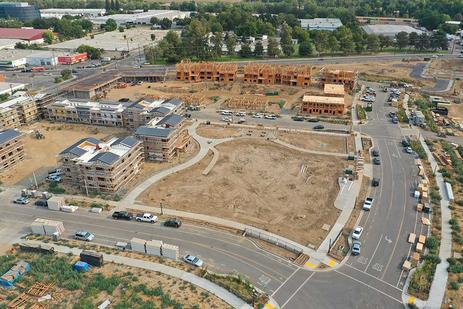 Using Section 108 to support LIHTC development is possible, if structured correctly. CDBG rules allow lending CDBG funds to a community-based development organization for new construction rental housing, but not to a for-profit developer. In the following two case studies, the municipalities found innovative ways to support LIHTC construction with Section 108, even while working with for-profit developers.

The city of High Point, North Carolina, has five 9% LIHTC developments, the last four of which have been built since 2016 using Section 108 financing for acquisition and public infrastructure. High Point’s most recent LIHTC development supported by Section 108 is Avondale Trace Apartments, a 72-apartment new construction property that leveraged $650,000 of federal funds with $10.4 million of private capital. Of the $650,000 Section 108 loan, $425,000 was used for site acquisition and $225,000 was used for site improvements that were contracted for and paid by the city.

Due to CDBG program rules, High Point acquired the LIHTC property initially and made site improvements before conveying the property to the for-profit developer.

“Had it not been for Section 108, I don’t think we would have been able to do the things we have done,” said Thanena Wilson, interim director of community development and housing for the city of High Point.

“For a city our size, because we are not a large entitlement, [Section 108] certainly provides an additional development tool and resource for us to use,” said Wilson. “That’s the biggest benefit, is that it opens up additional resources for us. On average, we receive about $950,000 in CDBG funding and about $550,000 in HOME funds, so when it comes to doing multimillion dollar [developments], this certainly gives us more resources and capability.”

Wilson said High Point is considering lobbying for a rule change that would allow municipalities to exceed the current Section 108 cap of five times the amount of annual CDBG allocation. “If a [development] is sustainable and the payments can be made and the city has the ability to make those payments, you really shouldn’t be limited to those five times [caps],” said Wilson. “There aren’t very many people using Section 108. When I look at North Carolina, they have the ability to borrow $40 million plus and that’s totally untapped.”

“The community will feature a dog park, a walking trail and an Early Childhood Education center," said Victoria Johnson, assistant director of development for SHRA. "A local nonprofit will be developing a public market with a farmers market, food trucks, and a kitchen where people can prepare and sell their goods. Section 108 is the kind of resource that makes this level of neighborhood transformation possible.”

As the CDBG grantee, the city of Sacramento was allowed to leverage its 2020 CDBG allocation of $4.8 million into a Section 108 loan amount up to $24 million. It used a Section 108 loan of about $16.5 million for Mirasol Village.

Considerations for Other Cities

When asked what cities need to know about Section 108, Wilson said not to be scared to use it. “That’s one of the biggest hesitations or things that we’ve heard because people don’t understand Section 108,” said Wilson. “They’re afraid to commit future federal allocations to this, but we’ve worked with the developer, looking at the repayment schedule and it really could be a great financing mechanism to make [developments] like this work and get more units on the ground.”

Johnson advises municipalities to consider using Section 108 to leverage or match other funding sources. For Mirasol Village, part of the Section 108 proceeds were originally earmarked for a community park. However, the redevelopment agency applied for and received a state grant that was used instead of Section 108 to build the park. In turn, that freed up some of the Section 108 proceeds to build an early education center. Johnson said Section 108 was instrumental at helping secure the state grant funding and other sources. “Every grant funder is encouraged to participate when they know there is a match,” said Johnson.

When structured correctly, the Section 108 loan is a flexible and valuable tool for CDBG grantees to provide gap financing that can benefit affordable rental housing developments and their communities. Potential or current Section 108 borrowers can contact HUD’s Section 108 office for technical assistance from conceptualization to application, financing and implementation.