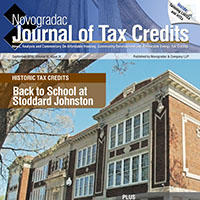 In order to accomplish their worthy objectives, tax credit projects require a partner, owner or (sometimes) a lessee who will make an investment and then be allocated the tax credit. The entity that obtains the credit and other tax benefits (such as depreciation) is often a partnership or limited liability corporation (LLC) that shares the benefits among its investors.

This leads to an important and difficult step in the development of these projects: a hunt for investors. Finding investors for the renewables business hasn’t been easy, and the search is always on for new classes of investors, including those that may need a push to get them to invest. One thought is that a marketplace that offers easy entry and exit, such as by creating a market that provides investors with liquidity similar to that of the stock market, might greatly expand the cash that investors might bring into the renewables industry.

And that’s where the concept of master limited partnership (MLP) comes in. An MLP is a limited partnership that is publicly traded on a securities exchange. It combines partnership-style sharing of a business’s tax items with the liquidity of a publicly traded stock. The notion is that the ability to easily join and leave the entity, along with the ability to receive a share of the tax benefits while you are a partner, makes this a flexible investment with great appeal to investors used to investing in the stock market. They can acquire a readily-tradable interest, and then hold it or sell it, as their personal situation may warrant, without the stickiness and risk associated with the longer-term investment normally associated with renewables.

The tax rules are provided for MLPs in an inverse fashion. Internal Revenue Code (IRC) Section 7704, entitled “Certain publicly traded partnerships treated as corporations,” first provides the basic rule that a publicly traded partnership is taxed as a corporation. This would generally require it to pay tax, and lock in its tax consequences, at the entity level, rather than passing the tax items and liability through to its investors. It would also make distributions to the investors which would generally be taxed again as dividends. Section 7704 then provides an exemption from this treatment for publicly traded partnerships whose income consists of at least 90 percent of one or more of a long list of items, including portfolio items, like interest and dividends, real estate related items, like real property rents, certain income associated with commodities, certain income associated with “regulated investment companies,” gain from the sale of most of the foregoing, and finally, energy-related income and gain derived from the following:

Obviously, this list greatly emphasizes oil and gas, and MLPs are generally perceived to have led to increased investment in those industries. However, except for geothermal energy, these kinds of income are not associated with the electricity generating kinds of projects described in Section 45 where the production tax credit (PTC) is found (i.e., wind, biomass, geothermal, municipal solid waste and certain water and hydro technologies) and Section 48 where the investment tax credits (ITCs) are found, including those now associated with both the traditional ITC (i.e., solar, small wind, combined heat and power, and fuel cells) and those derived from the PTC (described above).

So, the first observation we might make is that Section 7704 will need to be changed in order to bring income from these technologies into the ambit of that section. Indeed, earlier this year, Sens. Chris Coons, D.-Del., and Jerry Moran, R.-Kan., introduced S. 3275, the Master Limited Partnerships Parity Act. This legislation is aimed at expanding the use of MLPs to include renewable energy projects, consisting of the list described above, as well as certain renewable transportation fuels.

That’s a great start, but there continue to be other issues that must also be addressed. In particular:

As you can see, although enabling investors to utilize MLPs for investment in renewable energy projects could be a great way to entice investors into the marketplace, there is a lot of work to be done before that can happen. Modifications to Section 7704 would be just the first step in the process. The recently introduced S. 3275 could be that first step, but we’ll have to keep our eyes on that piece of legislation and other efforts to increase the number of investors for other needed changes as well.