The Current: Treasury Announces Transition Section 1603 Grant Rules for Projects Not Placed in Service Until After 2010 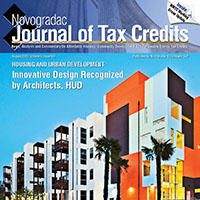 Readers of The Current will be well familiar with basics of the transition rule for Treasury grants made pursuant to Section 1603 of the American Recovery and Reinvestment Act of 2009. While Section 1603 applies primarily to energy property placed in service in 2009 or 2010, it also applies to property that “is placed in service after 2010 and before the credit termination date with respect to such property [i.e., the end of 2012 for wind, 2016 for solar, and 2013 for most other renewables] but only if the construction of such property began during 2009 or 2010.”

The statute simply refers to construction beginning in 2009 or 2010, but Treasury has expanded this wording to provide two alternative methods for establishing that the test has been met –where the grant applicant has begun “physical work of a significant nature” (the physical work test), or where the applicant meets a 5 percent safe harbor (the safe harbor test). Recently, Treasury published a series of 25 questions and answers that provide some detail about how the rules work; the following discussion provides an overview of those rules. For those familiar with the somewhat similar 10 percent carryover test for low-income housing, it’s important to note that these tests are not the same—in particular, expenditures for non-credit eligible property do not count, while they often do in the housing area.

Subjective vs. Mathematical
It must be remembered that the physical work test is subjective, while the safe harbor is mathematical.  What this means is that an applicant should always try to comply with the 5 percent safe harbor, because it should be possible to have far greater confidence that a post-2010 placement in service will qualify for a grant. On the other hand, the physical work test can be treated as a fall back because even if the mathematical test has been failed, all is not lost—an applicant can still argue subjectively that some physical work that it is significant has been undertaken, without to regard to specific numbers or percentages.

Still, note that an applicant won’t know if it has passed the physical work test without Treasury approval.  Arguably, the same is true about the 5 percent test, but having a CPA’s computations should give the applicant a lot of comfort. Either way, it will be possible to get some feedback on whether the test has been passed, although it’s not clear that it will be able to give timely responses. In other words, Treasury could wind up telling applicants after year-end (when they can no longer cure the problem) that their activities or expenditures are not good enough to qualify for a post-2010 placement in service.

What Qualifies?
Only expenditures for property that qualifies for a grant qualify under either test.  Thus, in general, expenditures for site improvements do not qualify.  This is not always the case. In particular, roads are an important part of biomass facilities, because waste material must be delivered to the site. Accordingly, for those facilities, but not others, expenditures for roads are considered in evaluating the test. Similarly, expenses of removing an existing facility, clearing land, test drilling, erecting fences and obtaining permits are generally not included. And, acquisition of a site or building will not qualify as well. Nonetheless, certain building-like structures that are “essentially an item of machinery or equipment” or “expected to be replaced when the property it initially houses is replaced” (say, because it constitutes a “housing” for qualifying energy property) may qualify in appropriate circumstances.

Differing Criteria
Note that the physical work and safe harbor tests apply two different sets of criteria. One might have expected that Treasury would apply the same definitions and rules whether an applicant was relying on the subjective test or the mathematical one, but that is not the case.  While many standards are the same, the kinds of expenditures that pass one test are  sometimes different from those required to pass the other. For example, Treasury notes that it will “closely scrutinize” construction activity that does not involve a “continuous program of construction” in applying the physical work test, while it specifically concludes that work need not be continuous in applying the 5 percent test. Of course, in previous articles, we’ve observed other Treasury rules that are similarly inconsistent.

Binding Contract
Appropriate activities undertaken and expenditures incurred under “binding contracts” will qualify under either test. A contract is binding if it is enforceable under state law, and damages are not limited to less than 5 percent of the total contract price. Note that this is not 5 percent of the cost of the project, but rather 5 percent of the price under the particular contract.

Contract Before Work is Undertaken
Except for a limited exception, a claim of having undertaken work or incurred a cost under a contract almost always requires that the contract be entered into before the work is done or the cost is incurred. In other words, an applicant can not enter into a retroactive “I agree to pay for the services you already rendered” agreement. There is one exception: a “special purpose entity” can assume a contract of its affiliate, provided that the contract being assumed was entered into by the affiliate before the work was done.

More on the Physical Work Test
For purposes of the physical work test, work performed under a contract is included only if the contractor can reasonably demonstrate that physical work has been undertaken on energy property that will become property of the applicant. Any reasonable, consistent method may be used, but it is important to review what a supplier will do, because it may not be easy for a supplier to identify a particular customer’s work. Note that components of existing inventory or that are normally held in inventory are not included. Also note that this identification process is different from (and arguably easier than) the safe harbor test, which is described in the next paragraph.

The 5 Percent Test and Accounting Method
Passing the 5 percent test is based on the applicant’s method of accounting – an expense is taken into account when a cash method taxpayer makes payment, and when an accrual method taxpayer passes a three-part test – the fact of liability is fixed, the amount is determinable with reasonable accuracy, and one of the following has occurred: the property has been delivered, the applicant has title to the property, or payment has been made, and the applicant reasonably expects for the property to be provided within three and a half months of payment.  An important exception allows an applicant to include such expenditures incurred by the person (the supplier) with whom it contracts  to provide the property.  Note that this is a single tier exception; the applicant can take into account only those expenditures incurred by its supplier; it cannot take expenditures incurred by a person who (in turn) contracts with its supplier. Finally, the applicant can rely on this provision only if it receives a statement from the supplier based on a reasonable, consistent method to allocate the supplier’s costs.

Documentation for Applications
Any applications made with respect to passing the foregoing tests must be submitted by October 1, 2011. For the physical work test, the applicant must include an engineer’s or installer’s written report under penalties of perjury. For the 5 percent safe harbor, the applicant must provide a detailed statement of the costs. For projects with an anticipated cost of $1 million or more, the required statement must be supported by an independent engineer or accountant’s report, as appropriate.

No doubt, some applicants will try to pass these tests by entering into something that has features of both tests, perhaps a supply contract with an affiliate on December 31, 2010, with an exactly 5 percent damages provision, with the affiliate in turn entering into a contract with another affiliate that will contract to buy exactly 5 percent of the parts required for the master contract with those parts being set aside exactly three and a half months later. Not only is it unwise to simultaneously rely on some standards of each test, but plainly, this is inviting the same kind of challenge from Treasury that we are now seeing for some grant applications for completed projects for which some or all of the costs are owed to affiliates.

Instead, as I noted above, the mathematical safe harbor is clearly the safer way to go. Even here there is a “safest” practice—if the applicant incurs more than 5 percent of its “generous” estimate of project costs (including possible cost overruns) to a third party, so as to assure that having passed the safe harbor, it won’t risk a subsequent increase in costs that will require the project to be scaled back or even fail the requirements. Further, if the applicant accepts delivery or the transfer of title and makes actual payment before the end of 2010, it won’t worry about whether it has used the proper accounting method in order to accrue the expense or whether the Treasury might challenge the identification or contracting practices of its supplier. Moreover, using the safe harbor will assure that the applicant needn’t be continuously working on the project in order to satisfy the close scrutiny that the Treasury has promised for the physical work test.