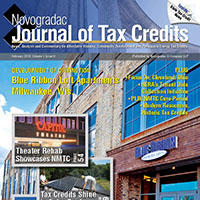 Congress included as part of the Housing and Economic Recovery Act (HERA) a provision that requires the U.S. Department of Housing and Urban Development (HUD) to collect from state housing finance agencies (HFAs) data about the residents of the HFAs low-income housing tax credit (LIHTC)-funded units. Since the bill was passed in July 2008, HUD and the HFAs have been working on the best way to collect that data. In March 2009, the Federal Register published a HUD notice that sought comments from interested parties about the implementation of the Tenant Data Collection Initiative (TDCI). The agency plans to issue the final requirements for the program soon.

“We’ve been working with HUD … for more than a year now,” said Garth Rieman, director of housing advocacy and strategic initiatives at the National Council of State Housing Agencies (NCSHA).

In addition to HUD’s request for comments, the agency also held several conference calls with the state agencies; and representatives participated in discussion boards on NCSHA’s web site, and sat on a TDCI panel at NCSHA’s HFA conference in mid-January.

Michael Hollar, a HUD senior economist, described the HFAs’ response to the initiative as positive. “They definitely want to comply and do what they can,” he said.

To prepare for the imminent arrival of the tenant data collection requirements, state HFAs have been looking at their existing data collection systems. Many HFAs have systems in place, but the requirements will add a significant administrative burden, Rieman said. HFAs will have to create or acquire systems for capturing data and work with owners and property managers to get the information; and it is still unclear how HUD would like the data submitted. Ultimately, Rieman said, the HFAs will find the data useful because they will be better able to evaluate their housing and use the information to make decisions and set goals.

Ultimately ... the HFAs will find the data useful because they will be better able to evaluate their housing and use the information to make decisions and set goals.

“Down the road, this is going to be really beneficial for us,” said Tim Carpenter, a Kentucky Housing Corporation (KHC) systems analyst. Carpenter said that the collected data could be cross referenced with other data to provide a better picture of the state’s more than 600 LIHTC properties, including the location of vacant units. The data collection initiative could also lessen KHC’s paperwork because it could replace the HFA’s building status report.

KHC issued a letter to property owners and managers in December, announcing the beginning of the second phase of its collection program. Kentucky is the first state to begin collecting data specifically for the TDCI.

“KHC decided that we wanted to take a proactive approach,” said Veronica Ramsey, a KHC compliance officer “As to what level and what detail we’re going to get, that hasn’t been fully disclosed yet by HUD. [We’re] letting property managers and owners know so they can prepare their tenants.”

Kentucky’s HFA has developed a three-phase program in anticipation of the requirements. The program, based around a web compliance monitoring system (WCMS) developed by Housing & Development Software, consists of a registration phase, building and unit phase and a data collection phase. KHC registered property owners and managers late last year and currently is collecting building and unit information.

“We’re in phase two of [the program]. It’s pretty much setting the groundwork,” Carpenter said.

Although the legislation is fairly specific about the data that the HFAs are required to report, a few questions remain, so the HFAs have been hesitant to implement their programs.

“They’ve been waiting to see what the proposed rule looks like,” Rieman said.

Once HUD releases the TDCI guidance, the next hurdle for HUD and the HFAs will be how to fund the program.

As for the collection of information related to tenants’ disabilities, the concern was about an invasion of privacy and the handling of medical information. Discussions centered around the level of detail that property managers and owners should collect and whether they should collect that information for the head of the household or for everyone living in the unit. Hollar said that HUD has decided to use the Fair Housing Act’s definition of disability. HUD’s use of the Fair Housing Act’s definition of disability addresses the concerns voiced by HFAs during discussions, which centered around the legal and practical difficulties of collecting the data.

Rieman says that HUD can make things easiest for HFAs by creating regulations that are as close as possible to what the law requires.

“The legislation is pretty specific about the data that they are supposed to report to HUD,” Rieman said.

Once HUD releases the TDCI guidance, the next hurdle for HUD and the HFAs will be how to fund the program. Hollar said that HUD has a small amount of money available to help HFAs offset some of the technical assistance costs of the program, but Congress has not appropriated funds for the initiative.