Historic Lofts in Cleveland a Reward for Persistent Developers 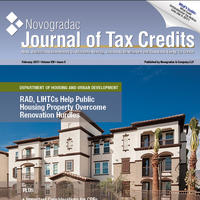 Maybe it’s appropriate that a historic development in Cleveland took a long time for completion.

Planning for the West 25th Street Lofts, an 83-luxury apartment complex with a commercial component, began in 2008. It is open, thanks in large part to state and federal historic tax credit (HTC) equity and a HUD 221(d)(4) loan guarantee. Those financial tools helped overcome the Great Recession, a landmark historic tax credit ruling and other issues faced by the developers in the now-chic Ohio City neighborhood.

The building has 83 historic apartment lofts with modern amenities. “It’s good to see it come to fruition and see the way you envisioned things do in fact materialize,” said Rick Foran, the owner of Foran Group Development and co-developer with Chris Smythe of Smythe Property Advisors. “It’s as good as we thought and maybe better.”

The property, the focus of a Novogradac Journal of Tax Credits article in 2015, opened in 2016.

Smythe and Foran purchased the property in 2008, then the real estate market–and economy–tanked. Eventually, they turned to Love Funding, which put together a HUD 221(d)(4) loan with a Federal Housing Administration (FHA) guarantee and expanded the development.

It’s the first time Smythe and Foran partnered. Foran brings his expertise in construction and HTCs, Smythe in financing and property management. “There is creative tension,” Foran said. “It’s like with musicians. With creative tension, you can make great music. Everyone has different perspectives, but at the end of the day we respect each other’s integrity and skills.”

The result is a catalytic development for a neighborhood that has become home to the fastest-rising home prices in the state. “I think it fuels demand,” said Tracey Nichols, Cleveland’s director of economic development. “The neighborhood is growing–everyone wants to be in Ohio City.”

Michael Dubansky, acquisitions manager at HTC syndicator National Trust Community Investment Corporation (NTCIC), agreed. “Ohio City is a great neighborhood with a lot of activity,” he said. “The residential property meets a demand based on the market.”

It also fits what the city wants. “In Ohio City, we did a retail play and wanted to have some projects that added density,” Nichols said. “This property was vacant for years. You looked at it and it had such a negative impact on the neighborhood–it was a big, vacant building.” 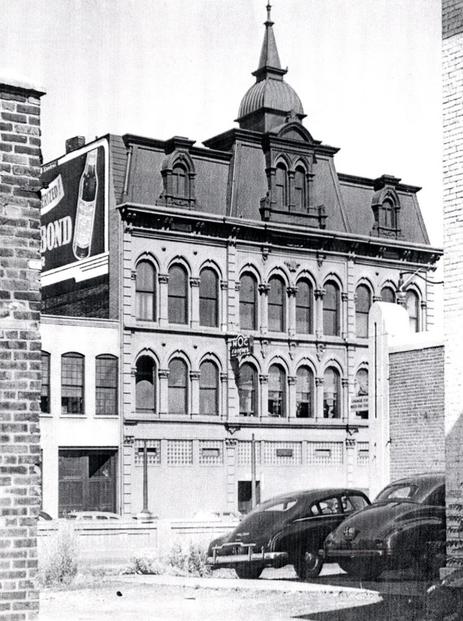 Smythe and Foran got control of the Exhibit Builder property–which started as an 1872 brewery building and Odd Fellows Hall–in 2007. “We were interested and converting it into 25 apartment units,” Foran said. “Then, as Chris got involved, he suggested looking at the adjacent property–four industrial overhead-crane buildings all butted into one another. We ended up acquiring them in 2008, in one of the last loans to close [before the Great Recession].”

But then? “We ran into a wall because the historic district [required for federal HTCs] ended a block over. It took over a year to convince the National Park Service to create a new district, which was really huge,” Smythe said.

Then the 2012 Historic Boardwalk Hall case shook the HTC world. “In the middle of the deal, we were ready to go and sell our equity and we had the problem of Boardwalk,” Smythe said. “It put a real damper on the market. We had to wait until the IRS issued Rev Proc. [2014-12, in December 2013] and then we had to wait on corporate attorneys to interpret what we should do.”

The partners didn’t quit. “We had a mix–61 apartments and about 35,000 square feet of commercial space, including a national charter school,” Foran said. “We were working toward closing … and about two or three weeks away from closing, the charter school went out of business.”

It was another obstacle. “We were so far in on it and had spent so much money,” Foran said. “[But] a lot of our colleagues had a similar problem or worse. We saw the HUD program as an avenue through the mess.”

Having already received approval for HUD financing for the development, the partnership hit the wall when the charter school closed. “We went back to HUD [after the charter school closed] and they threw the brakes on it,” said Smythe. “They said they would prefer if we converted that 25,000 square feet to apartments and we agreed, but it took a year. We had to go back to the drawing board and reapply with HUD. We went back to the architect (Cleveland’s City Architecture) and added 22 units–expanding from 61 units to 83. It was great and furthermore interest rates had come down further, so we were able to increase our mortgage to cover the added costs.”

The 83 apartments include one-, two- and three-bedroom lofts, including 18 townhouse style units and a couple of studio apartments. Each loft is different, ranging from 618 square feet for a studio to more than 2,000 square feet for a two-story townhouse loft. The units have bamboo hardwood floors, energy-efficient stainless steel appliances including washers and dryers in each unit, granite countertops, high ceilings and oversized windows. Common space includes a fitness center and a community deck, to which five apartments have direct access.

Twelve units retain overhead crane tracks, which was used by former tenant Lester Engineering as they made huge stamping machines to be used by auto manufacturers. The lobby was created out of what was formerly a brick stable that housed horses that pulled brewery beer wagons. One apartment is built within the brewery’s old powerhouse: it’s a 1,800-square-foot, two-story, three-bedroom, three bathroom apartment that fills up part of the 140-foot smokestack that goes up three stories.

Foran said the mixture of buildings makes this memorable. “We have a heavy industrial-overhead crane building that integrated the steel into the apartment designs. Also, we could create impressive three-story atriums,” said Foran. “And at the other end are the elegantly appointed apartments in the 1872 building, with the original floors and some marble fireplaces. This is a wonderful collection of special spaces. In the 83 apartments, I think we have 64 different floorplans.”

“This project has been great and the combination of federal and state credits allowed us to bring back this great building,” Nichols said. “In Cleveland, every deal needs some help. The cost of construction doesn’t always match up with the rents. These historic tax credits are really the reason it could happen.”

As mentioned, the property received its HUD loan from Love Funding, which added units as well as financial comfort.

“We were searching for financing as the apartment market was heating up,” Foran said. “We found out a HUD Section 221(d)(4) loan was a possibility. The FHA intends that form of loans for distressed areas–and our property was across from public housing. The nice thing about the loan is that it’s not to perpetuate subsidized housing, but to go into economically distressed districts and try and turn it around when some people move into market-rate housing.”

Now the West 25th Street Lofts are a prime housing spot in a hot community.

Smythe said the building has attracted a variety of professions, including doctors, lawyers and professional athletes.

There will be a restaurant in the lower level and the owner has secured an apartment just above it. The partners are close to a deal with an office tenant for the balance of the commercial space.

“The development team is great and the length of time to get it done makes it all the sweeter,” Dubansky said.

“Sometimes these transactions take far longer and far more work than you expect,” said Renee Beaver, a partner in Novogradac & Company LLP’s Cleveland office, who worked as a tax credit consultant on the deal. “Chris and Rick show that it’s worthwhile to hang in there. The residents and Ohio City neighborhood will reap the benefit.”

State Historic Tax Credits in the Year 2020
COVID-19 Impacts on Design and Commercial Real Estate: An Interview with Gensler and Cushman & Wakefield
Tax Implications of a Democratic Sweep in November’s Election
END_OF_DOCUMENT_TOKEN_TO_BE_REPLACED