Thirty-five states have their own historic tax credit (HTC) programs. That number has fluctuated year-to-year over the past three decades. In the structure of these programs, there has been much experimentation with different ways to meet various policy preferences and fiscal goals. State HTCs live or die by tough state budgetary decisions and the overall success of that state’s program as understood by state legislators, including additional incentives that are derived from the federal program.

Like any other year, 2017 has seen state HTC success and positive developments. Among them:

Also like any other year, 2017 witnessed several state HTC setbacks.

Wisconsin’s HTC program was unanimously supported by state senators and representatives only to be critically restricted on Gov. Scott Walker’s desk. His line-item veto powers allowed him to edit a $5 million project cap to $500,000, a decrease that will no doubt prove detrimental to the economic impact effects of the credit.

Debates began midyear in Missouri over tax reform that proposed their state HTC be eliminated.

One of the biggest worries of the year, even for state programs, may be the possible loss of the federal HTC. In early November, a House tax reform bill was released that did not include language to retain the program. Advocates have been promoting the HTC to members of Congress fervently throughout the year, making the point that, as President Ronald Reagan said in 1984, the incentive is a matter of “economic good sense.”

Over the past three decades, the syndication of federal tax credits has evolved through legal challenges such as the Historic Boardwalk case, but there has been no stutter in the federal program since changes under Reagan’s 1986 tax overhaul. Despite that, and based on the overwhelming success of the federal program and its impact on historic buildings across the country, we can speculate what may come to pass should the federal tax credit be lost in tax reform.

In the event of such a loss, there is no doubt states would see a reduction in rehabilitation activity. While we don’t have information about what would happen to rehabilitation development on a national level should the federal HTC fade away, we do know that the program stimulated preservation efforts before states began creating their own. We also know that the federal program has had an impact that includes more than 42,000 buildings saved and rehabilitated, more than $130 billion in private capital reinvested around the country and 2.5 million jobs created since its inception. 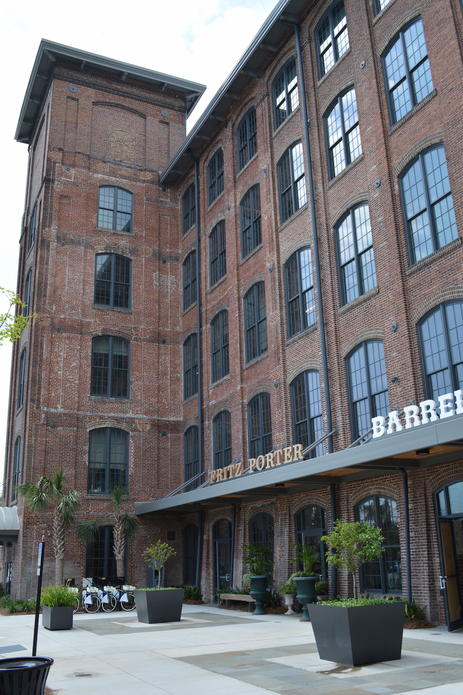 Consider this: In many cases the state and federal credits combine to provide close to 40 percent of a project’s gross equity. If a developer loses half of that in states that have a HTC program, is the incentive great enough to encourage rehabilitation of historic buildings? And in states that don’t have a program, what incentive would developers have to preserve historic buildings at all? Yes, historic rehabs and adaptive reuses often create amazing and marketable spaces, but if the money is not there to finance the type of construction required for historic preservation, most developers will look elsewhere to invest.

If state HTCs stand alone without a federal program, it becomes even more critical for the programs to be strong, as developers will look from state to state for the best programs, especially for certain types of larger developments such as various kinds of housing, office and retail. Advocates of HTCs will need to ask for the types of legislation that will encourage economic development in a way that is more aggressive than in the past.

We do not have a crystal ball. We feel confident that Congress, with both Republican and Democratic support, will do the right thing and save the federal HTC. The program has always had strong support on both sides of the aisle, and the Historic Tax Credit Coalition has been aggressively promoting the program over the last five years. We stand by the findings that prove the value of the HTC, leading among them a $1.20 return to our federal tax coffers for every $1 of tax credit over the lifetime of the program.

We are outspoken about our belief in the value of the federal program and state programs around the country. Our industry is conducting a full-court press to remind Congress of what we know to be true and what Reagan spoke of in 1984: “Our historic tax credits have made the preservation of our older buildings not only a matter of respect for beauty and history, but of course for economic good sense.”

It is important to note that the actuality of losing the federal HTC and what effects that would have on state programs is purely speculative for now. But we do know that whatever the outcome of tax reform on the Hill, 2018 will be an important year for state HTC programs. If nothing else, the mere idea of losing the federal program should be a wake-up call to state legislators about the role of historic building development and state policy on economic impacts in their local communities.

Bill MacRostie is the senior partner of MacRostie Historic Advisors LLC and is located in Washington, D.C. In private practice for more than 30 years, Bill has advised clients nationwide on historic rehabilitation projects of many sizes and types. He can be reached at [email protected] or 202.567.6055. Visit www.macrostiehistoric.com for more information about MHA and our expert team.