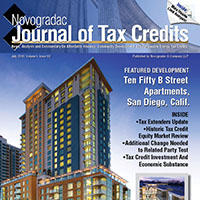 Beginning in October, the U.S. Department of Housing and Urban Development (HUD) will operate a small area fair market rent (FMR) demonstration project for its Section 8 Housing Choice Voucher (HCV) program in selected metropolitan areas, the agency said in June. HUD said it is now able for the first time to maintain and update an FMR system for smaller geographic areas. The agency is conducting the demonstration project and requesting comments to determine the best way to implement a nationwide small area FMR system for metropolitan areas.

An area’s FMR is the amount needed to pay the gross rent for a suitable rental unit. It is used to determine payment standard amounts for the HCV program; to determine initial renewal rents for some expiring project-based Section 8 contracts; and to determine initial rents for housing assistance payments contracts in the Moderate Rehabilitation Single Room Occupancy program. HUD currently calculates FMRs for all nonmetropolitan counties and metropolitan areas, which are composed of multiple counties.

Metropolitan-wide FMRs give voucher tenants freedom to access the entire area, but because FMRs are set at the 40th percentile of the metropolitan rent distribution, certain neighborhoods have few affordable units. The demonstration project is part of HUD’s research into setting FMRs at a more localized level, with the intended result of providing clients with access to a broader range of neighborhoods, thus allowing them to move into areas with more employment, transportation and educational opportunities. HUD also expects that transitioning to a small area FMR system would prevent undue subsidy in lower-rent neighborhoods.

Using data that the Census Bureau collected during the first five years of the American Community Survey (ACS), HUD intends to calculate small area FMRs based on ZIP codes that have sufficient rental units in metropolitan areas. HUD says that using data collected in five-year aggregations for areas with populations less than 20,000,  rather than using ACS data at one- or three-year aggregations, which it currently uses, will enable it to update FMR estimates in smaller geographic areas.

Because the data is not expected to be released until later this year, HUD is using data from the 2000 Decennial Census to estimate the rent relationship between the Office of Management and Budget-defined Core Based Statistical Areas and each ZIP code within a given metropolitan area. Hypothetical small area FMRs based on the current fiscal year 2010 FMRs are available through HUD’s web site at www.huduser.org/portal/datasets/fmr.html for illustrative purposes.

HUD said that the responsibilities of public housing authorities (PHAs) that administer HCV programs are likely to change with the implementation of a small area FMR system. For example, small area FMRs will increase the number of payment standards – the amount generally needed to rent a moderately-priced unit in the local housing market – that PHAs must determine. Small area FMRs may also reduce the time needed to determine whether rents are reasonable based on conditions and characteristics of units relative to others in the area. However, HUD notes that the net effects on PHAs are unclear.

PHAs that wish to participate in the demonstration project must account for at least 80 percent of the voucher tenants in a metropolitan area. If too many metropolitan areas volunteer, HUD will select participant areas based on the following three principles:

Before initiating the demonstration project, HUD is soliciting public comment on a number of issues relating to small area FMR implementation, including demonstration project eligibility criteria and the potential administrative burden on PHAs. Written comments must be received by July 19. Refer to the May 18 Federal Register notice for further information about the topics and procedures for submitting comments.

After HUD reviews all comments, the inaugural demonstration projects are slated to launch on October 1, the effective date of fiscal year 2011 FMRs, with additional projects commencing before the beginning of calendar year 2011. The demonstration project will operate for approximately one year before HUD proposes nationwide implementation. Provided the demonstration project shows that HCV program operation using a small area FMR system is feasible, HUD will roll out small area FMRs for all metropolitan areas at a later date. Rents under any other HUD program or other federal program will not be affected.