“We wouldn’t be where we are today if we couldn’t secure that [tax credits] source,” said Adam Stein, senior vice president at developer WinnDevelopment. “That was the stimulus that allowed the market-rate components. If it wasn’t for the historic tax credit, new markets tax credit and low-income housing tax credit, we would just be talking, not doing.” 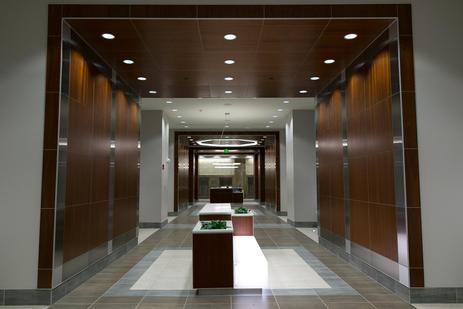 Image: Courtesy of WinnDevelopment
When completed, Sibley Square will include affordable and market-rate housing, commercial space and office space.

Sibley Square is ambitious: a $200 million, 10-year renovation that will feature market-rate and affordable apartments, retail space, professional offices, health care services and business incubation space for high-tech research. It will spur an immediate catalytic investment of $148.4 million within the community and is expected to create more than 1,500 temporary construction jobs and 1,042 permanent jobs.

“It is a very important building,” said Rochester mayor Lovely Warren. “For many years, it was a shell of a building, with the first- and third-floor retail and our community college. We tried for many years to redevelop and get developers to look at it, because it’s such an iconic building.”

Then WinnDevelopment stepped in, purchased the building in 2012 and announced a 10-year timeline that it is now halfway through. “Where are you going to find 1 million square feet of well-positioned, underused property that occupies one city block?” said Stein. “Our philosophy is to find underused resources, add value and redevelop them.”

The plan is to provide space for myriad uses, with the help of a full suite of tax credits.

“There are so many different uses within this building that will meet the needs of a variety of people,” said Ryanne Shuey, vice president of the tax credit investment group at PNC Bank NA, the investor in the NMTCs and HTCs. “The nonprofit tenants are excited that they are getting refreshed space to allow them even better services.”

It’s a transformational development for the city that once had Kodak, Bausch & Lomb and Xerox as mainstays. Once WinnDevelopment got involved, others were quick to follow. “We have a strong relationship with the Winn Companies and this is a high-profile transaction,” said Eric Klipfer, vice president of investor relations at RBC Community Development, one of the four community development entities (CDEs) that allocated NMTCs to the property. “The Sibley Building is a very important building to the city of Rochester. Everyone is excited about it.” 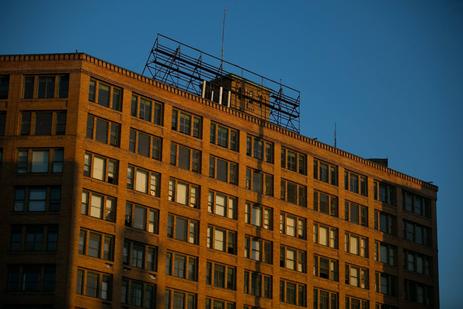 The Sibley Building opened in 1906 as the home for Sibley’s department store, which had been elsewhere in Rochester since 1868. By 1940, Sibley’s was the largest such store between New York City and Chicago and it remained in business at the location until 1989. That’s when Sibley’s left the building and the company was rebranded as Kaufmann’s.

Even in the dark years, Rochester residents considered the building iconic. “What’s interesting is that even people who grew up in Rochester and moved away, when you mention [the Sibley Building] they have memories of it,” Shuey said. “They remember going to the department store and buying Christmas gifts.”

“There was always a hope that somebody would take the building on,” Warren said. “We had developers who wanted to take it on, but they couldn’t do anything. We’re thankful that a developer came in that has done great work like this in Boston and is making it a viable space.”

With a wide mixture of property types, Sibley Square is a village by itself. Joe Eddy, former vice president at WinnDevelopment, said the design of the building made the layout of development clear. “The tower portion would be residential and the midrise with about 120,000 square feet works perfectly for a large office area,” Eddy said. “The ground floor in the downtown area makes sense for retail. It was kind of logical, just the details were complicated.”

There will be about 180 residential units–market-rate apartments on four of the 12 floors and mostly affordable senior homes (54 of the 72 apartments) on two other floors. Those apartments will benefit from all the activity in the larger building.

“There are a number of service components within the other phases, which is very attractive for the residents of the affordable phase,” said Tom Maxwell, Northeast director of RBC Capital Markets, which invested in the LIHTCs.

Nearly everyone involved in Sibley Square agreed on two things: The involvement of WinnDevelopment was crucial and it was a highly complex transaction. There are four phases under construction, featuring two investors, four CDE lenders, three bank lenders and six condominiums. “Those interactions are complicated,” Eddy said. “You have to make sure you’re on the same page.”

Maxwell acknowledged the difficulties. “It had a number of tax implications,” he said. “It’s a very complex deal with the many different phases … You have to do the historic credits within a 60-month period, so WinnDevelopment, the investors and attorneys had to come up with a deal structure that worked for everyone.”

That meant a specific timeline for the HTC investment. “When we did the façade, for instance, we had to do the whole façade,” said Eddy. “There are 2,900 windows. Half the building is under construction, but we had to complete and maintain the historic fiber of the entire building.”

Ultimately, it worked. “Everyone was looking at it cooperatively, and in a complicated deal there are a lot of people learning as you go along,” Maxwell said. “The process was great. Everyone who worked on it felt it was one of the most complex deal structures they’d done.”

The property also received $16.9 million in state and federal HTC equity and $11.5 million in LIHTC equity.

PNC’s equity investment is more than $25 million, including $9 million in federal HTC equity, $3.8 million in state HTC and more than $13 million in NMTC investment. “We were brought in early,” Shuey said. “We were able to leverage our relationships within the industry to assist WinnDevelopment in bringing this project to fruition.”

While the final price tag will be around $200 million, the role of the NMTC, HTC and LIHTC equity was crucial. “Tax credits were absolutely needed,” Shuey said. “To finance so much at one time, you couldn’t attract traditional financing, so you needed what tax credits could bring in.”

“A lot of times, people look at these tax credit developments and don’t realize that they wouldn’t be able to be developed without government support,” Warren said. “Developers take an awesome responsibility for what can become a community asset. It’s a challenge … it takes a lot of time and money, because to leave it to deteriorate is not an option if you want to revitalize your community.”

As Sibley Square progresses, the reaction is overwhelmingly positive.

“The community is very thankful,” Warren said. “The exterior and interior are both so rich with history and architecture; we didn’t want to lose that. We want to keep it and revitalize it. Everyone is very thankful for WinnDevelopment coming in and taking on the large project.”

The benefit goes beyond the 1 million square feet inside the walls.

“I think the coolest part is that it’s a transformational project in the city,” Eddy said. “It is why developers get up every day. It makes a difference. This is a building where there was crime and shootings. Now it’s one of the top technology incubators.” 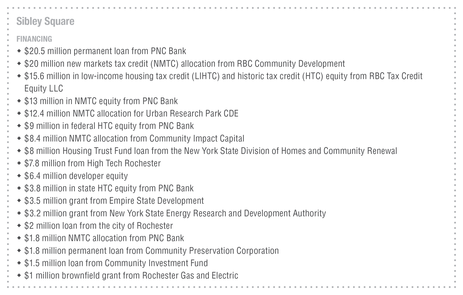