Impact of Food-Related NMTC Investments Can Ripple Through Communities 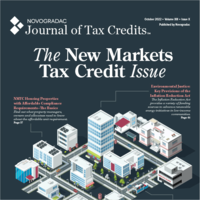 Editor’s note: This is the first in a three-part series by the Novogradac Journal of Tax Credits looking at how community development entities measure impact. This first installment focuses on investments relating to food; future parts will focus on environmental issues and health issues. Climate change considerations and racial/ethnic equity will be woven into each article. New markets tax credits can be used to reduce the impacts of climate change, including future food scarcity for low-income communities, and increase opportunities for communities of color.

When speaking with leaders of community development entities (CDEs) that allocate the new markets tax credit (NMTC) about how they measure the success of their endeavors, the short answer is a complicated one: It depends.

“Every project is very different,” said Jennifer Donohue, CEO of Hampton Roads Ventures (HRV), a CDE which allocates NMTCs in rural areas around the country. “Every community is very different.”

Donohue said each investment must be measured by its own standard, a common refrain among CDEs. It’s difficult to do an apples-to-apples comparison from one qualified active low-income community business to the next because success looks best when it’s tailored to the needs and goals of the effort. As a result, it’s difficult to provide sweeping takeaways about how CDEs collectively measure success.

That’s true of all CDEs collectively as well as when it comes to measuring the impact of food and food-related allocations, said Nicolo Pinoli, a partner in Novogradac’s Portland, Oregon, office. Pinoli said it’s generally a bigger question than faffing about with the columns on a Microsoft Excel spreadsheet. 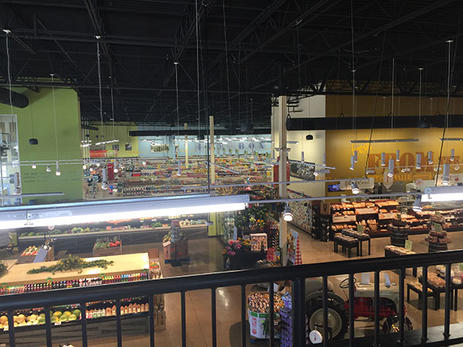 “I love a good spreadsheet as much as the next accountant, but what might seem like a simple question about who visits a grocery store transforms into much bigger questions that shape the rest of their lives,” Pinoli said. “Pretty soon, you’re thinking about the impact on their improved health outcomes including reduced burden on the health care system, their ability to concentrate in school or at work, their ability to stay on the job, the financial impact of reasonably priced healthy food, and how something as simple as affordable access to healthy food can deeply impact virtually every facet of our lives.”

So, it goes with measuring the impact of CDEs in food and food-related endeavors: There are many factors beyond what a grocer stocks on its shelves to take into consideration. 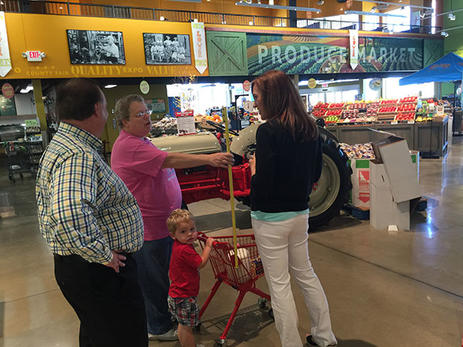 Scores of CDEs each year apply for NMTCs from the Community Development Financial Institutions (CDFI) Fund. When data was issued in February about the applications for the latest round of credits, the CDFI Fund stated nearly 200 CDEs applied for an allocation.

One CDE deeply familiar with that cycle is HRV, which has allocated funds since the first NMTC round in 2003. As it approached the end of its first decade of operation, HRV noticed the majority of its allocations came in rural areas and has pivoted to that as its focus. “It was just a natural progression,” Donohue said.

HRV uses Excel spreadsheets to track its data, a common response among CDEs that spoke with Novogradac for this series. For HRV, which also focuses on health care and manufacturing projects in primarily rural areas, that means looking not just at the raw data of the allocation, but going wider and trying to take a snapshot of how the impact of the allocation ripples through a community.

“We really drilled down into the data to focus our business strategy on what we felt a community has to have to succeed, that being accessible quality jobs, that being access to health care and also access to healthy foods, that definitely became our driver,” Donohue said. “Seeing that this gap financing can help bring grocery stores to severely distressed rural areas really, I think, became the driver to help bring access to crucial and critical services to communities.”

An example that Donohue provided was looking at the nature and quality of jobs that are created.

“When tracking a job and looking at a living wage, we’re looking at what types of benefits they’re providing. Do they train internally toward advancement?” Donohue said. “Are they accessible to people with a high school diploma or less than that? Is there accessibility for the low-income community or low-income person to actually get the job at the place you’re investing?”

When it comes to investments in food, Donohue said considerations for measuring impact include a grocer’s number of transactions, including Supplemental Nutrition Assistance Program (SNAP) transactions; and/or trying to gauge the number of low-income people who are going and purchasing groceries. Donohue said HRV aims to deliver a catalytic effect in low-income rural areas, which means the surrounding community and not just the grocer or other allocation.

“I think what we’re looking at is the number of low-income persons the project would be helping,” Donohue said. “We really focus on SNAP transactions when it comes to grocery stores. When we see those percentages are 40% SNAP or whatever percentage would be in that community, that would be critical in proving that this grocery store is serving the persons in the surrounding low-income community.”

Understanding community context is vital to making a successful investment, said Sara Pietka, director of community investments for Ecotrust, a CDE that works primarily in the American West and Pacific Northwest. Ecotrust’s strategic plan supports work that improves climate resilience, increases stewardship of lands and waters, and builds intergenerational wealth. This plan is the key driver of its investment strategy. NMTC investments made by Ecotrust must first align with the strategic plan before considering how a project meets CDFI Fund criteria.

The CDE has delivered funds to finance food hubs and other food-related ventures, including on tribal and rural lands. Pietka said understanding a community’s history and how that community has changed over time is also important.

“One of our NMTC projects is a regional food hub located in a neighborhood with a rich, hard-working industrial history that dates to the mid-1800s,” Pietka said. “Many warehousing, distribution and manufacturing facilities still operate in that community, but the neighborhood has grown to encompass food enterprises, small batch distilleries, coffee roasters and local food retailers. The project both honors the neighborhood’s roots and works to advance a more equitable, restorative and delicious regional food system.”

Pietka said another of Ecotrust’s NMTC investments funded a tribal project that offers educational programming focused on “first foods” and related gathering methods. First foods represents a comprehensive approach adopted by some tribes to health and life, eating a complex diet that changes seasonally as a conduit to nourishment in innumerable forms: bodily, spiritually, culturally and more.

“Supporting indigenous people and tribal sovereignty through this type of investment is one way we can take meaningful action to dismantle systemic racism in ownership, management and access rights to lands and waters in our region,” Pietka said.

Eschewing racial equity data in an effort to diminish discrimination does a disservice to the community because it may trigger some inherent biases either in themselves or others, Pietka said.

“We can’t even see the problem completely and can’t talk about the impact as accurately unless we start to disaggregate data by race/ethnicity,” Pietka said.

A CDE that shares Ecotrust’s anti-racist goals is the Low Income Investment Fund (LIIF), a nationwide financier that has worked since 1984 to use its financial might to create and preserve equitable and opportunity-rich communities anchored by affordable housing. In 2020, LIIF began a decadelong push to drive $5 billion toward racial equity. Jessica Standiford, vice president of development and impact investing at LIIF, said the $5 billion racial equity goal has sharpened the way LIIF utilizes its new market tax credit allocation.

“Our new markets tax credit is a really powerful tool,” Standiford said. “We’re now asking ourselves: How can we use this tool to create power and agency for people of color? Not in theory, but in practice. We have a clear impact framework that centers racial equity. and there are specific approaches we’re looking for.”

Beyond the organization’s work to better leverage this tool, the team is examining their broader investments strategies to ensure they have a holistic approach to community development.

“We’ve set some goals that really call on us to move from outputs to outcomes,” said Lucy Arellano Baglieri, executive vice president and chief strategy officer for LIIF. “We have clear intentions around community impact.”

Those clear intentions are defined within the launch of a framework that prioritizes the impact of a project. That framework, coupled with the organization’s new learning and evaluation practice, will help the team better analyze long-term results.

Arellano Baglieri echoed Pietka’s thoughts about the value of knowing the community into which a CDE is investing.

Donohue, too, said that knowing the community can help better assess the success and impact of a given venture. As part of its focus on rural communities, Donohue said what might give a small bump to one area could be a monumental change in another.

Although the process has been complicated so far in the 2020s due to the COVID-19 pandemic, Donohue said site visits are invaluable. In a visit to one grocer, Donohue said the staff had hired a nutritionist to help prepare menus specifically to help those living with diabetes because that is a prevailing health issue in the surrounding community.

“They created programming that is specific to the community,” Donohue said. “They try to stay involved and try to go above and beyond what a normal grocer would do.” This type of equity-building programming is what makes NMTCs such a valuable tool.

Donohue said some endeavors involve working with multiple CDEs, a proposition that can be as complicating as it can be beneficial, she said. In HRV’s case, that often means working with CDEs that also have a rural focus.

Donohue said when investments are split with other CDEs, that it is important for a CDE to focus on the project as a whole as well as the CDE’s own portion.

Donohue said there’s a gray area between collaborating with other CDEs and acknowledging that they can also be competition.

“There’s a lot we can learn from other CDEs because we are doing the same thing and we all want amazing outcomes for low-income communities,” Donohue said. “We’re all trying to find what’s working. … We all know each other. We’ve worked with each other. There is that other side: the application.  There may be somethings we hold close to the vest at application time but overall, this is a tight-knit industry that I am lucky to be a part of.”