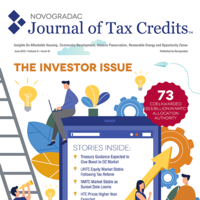 “For us, community is everything. It’s a force like gravity. If you take away the barriers to its natural flourishing, it’s amazing how it grows,” said Mott Smith, principal at Civic Enterprise Development LLC. “For Chicago’s food community, lack of facilities and tough bureaucracies are two major barriers that we’re excited to help break down.”

Amped Kitchens Chicago is converting a former television factory into an 113,000-square-foot facility with 64 kitchens that will be leased to food manufacturing companies of all sizes, from mom-and-pop businesses to large corporate food manufactures looking to test new products. The development is being financed, in part, with equity from new markets tax credits (NMTCs).

In addition to the kitchens, which range from approximately 165 square feet to almost 1,700 square feet, the facility will have ample shared amenities, including multiple loading docks, co-working space and conference rooms, a staffed warehouse, and refrigerator space to allow tenants to store inventory. In addition to these shared spaces, Amped Kitchens will help these businesses with health-and-safety support, an expedited pathway to health permits and logistical support. “Moving into Amped Kitchens can save a small business 12 to 18 months of permitting and construction time,” said Smith. 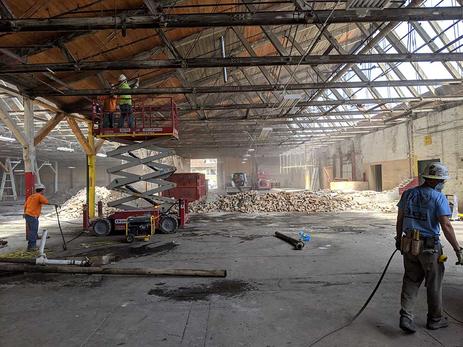 “This is good for folks who want to expand. It’s good for small businesses to have space that is health regulated,” said Barbara Beck, Chicago’s director of financial services and lending at Local Initiatives Support Corporation (LISC), which provided multiple layers of financing to this development. “It has storage and delivery areas and the collective energy of all of the tenants who can work together.”

“As small food companies grow, the kitchen space they need doesn’t change much,” said Smith. “It’s often their need for storage and logistics space that increases.” Smith said Amped Kitchens Chicago has plenty of that space.

Amped Kitchens Chicago will create an estimated 260 jobs, 10 of which will be full-time staff who will run the facility, while the remaining 250 jobs will be created by the companies moving into the development.

“Seventy-five percent of the jobs are accessible, meaning the jobs are for folks without four-year degrees. They can have associates degrees or high school diplomas. This brings the benefits of the NMTC program to working-class people,” said Malik Elliott, senior program manager at LISC’s New Markets Support Company, one of the four community development entities (CDEs) that provided a NMTC allocation to the development. “Fifty percent will be women-owned businesses and 33 percent will be minority-owned businesses.”

“We fill a major gap between test kitchens and manufacturing facilities for major corporations,” said Smith.

Chicago is the perfect city for this multikitchen concept.

“They moved to Chicago because it’s the nation’s No. 1 food processing market,” said Langdon. “This is really needed in Chicago.”

“This is going to be a catalyst project for the Belmont Cragin area,” said John Widmer, chief financial officer at FirstPathway Community Development LLC, another NMTC CDE based in Milwaukee. “There used to be a lot of manufacturing companies here.”

With construction already started, Smith expects the Chicago facility to be open in early 2020. At press time, Civic Enterprise Development was collecting letters of intent from prospective tenants.

FirstPathway Community Development LLC provided $9 million of NMTC allocation. “What attracted us to this is job creation. While we are relatively new in the new markets space, FirstPathway has years of experience stimulating job-creation through EB-5 financing. We received an allocation in each of the last two years,” said Widmer. “[This] is a big job creator. More than 260 direct, full-time jobs, plus construction jobs.” While FirstPathway Community Development LLC is a newer CDE, it’s dealt with NMTCs before in several financings that paired NMTCs with EB-5 financing provided by its parent company. 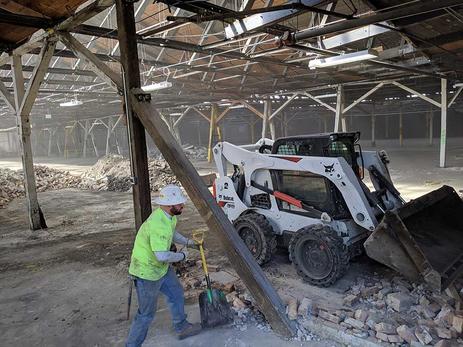 “We jumped in early on, toured the other Los Angeles location and loved the concept,” said Widmer.

LISC was heavily invested in the development of Amped Kitchen Chicago. LISC was the lead lender on the $16 million leverage loan ($6 million from LISC, $6 million from BlueHub Capital and $4 million from the Chicago Community Loan Fund), provided a $645,000 predevelopment loan and $4.5 million of NMTC allocation. “It was a challenge to raise enough NMTC allocation. There is a lot of competition for Chicago deals. Not a lot of Chicago CDEs got a 2018 allocation,” said Langdon, who said that LISC was involved in Amped Kitchens L.A. South.

“This aligns with the Belmont Cragin quality-of-life plan,” said Elliott. “It brought back to life a huge warehouse that had been sitting vacant and underutilized for some time now.”

Consortium America LLC provided a $5 million NMTC allocation. “The primary purpose of this project was to create a space that allowed food businesses to bypass traditional regulatory and facility barriers and allow companies to scale faster with lower capital costs,” said  Adam Weers, authorized representative of Consortium America LLC. “We were drawn to this project because of its potential community impact and that it serves a unique need.”

PNC provided an $8.5 million NMTC equity investment. “Numerous aspects of this project were appealing, especially the redevelopment of an underutilized facility on Chicago’s west side into a facility that creates opportunities for entrepreneurs, many of which are minorities, to grow their businesses and increase their likelihood of success,” said Ryanne Shuey, manager of NMTC and historic tax credit originations at PNC.

The capital stack also includes traditional equity from the sponsor.

“We are lucky to have such great financing partners,” said Smith. 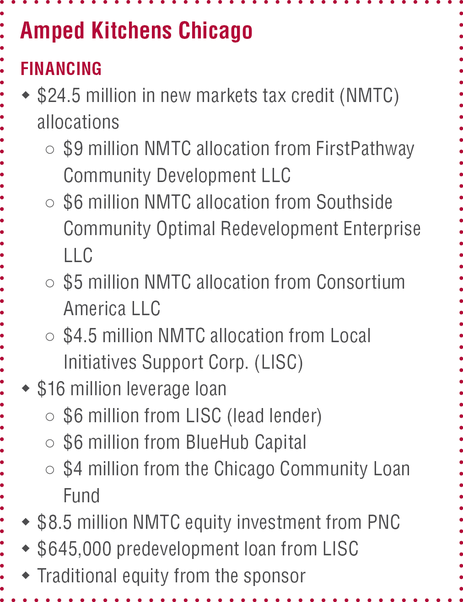