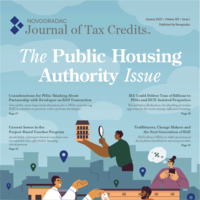 During Thanksgiving weekend in November 2022, a water main break in Nashville, Tennessee, led to flooding at Bridgestone Arena, postponing Nashville Predators ice hockey games against the Colorado Avalanche and Columbus Blue Jackets as well as relocating the Music City College Hockey Classic. Cleaning up the site involved removing water in ceilings and floors as much as 3 feet high in some places, according to NHL.com.

Cleanup included Owatonna, Minnesota-based Climate by Design International (CDI), which has carved out a niche in the heating, ventilation and air conditioning realm with commercial and industrial desiccant dehumidifiers. The dehumidifiers recirculate air to draw out moisture out of an indoor environment. With the help of CDI’s dehumidifiers, the Predators were able to reopen the arena for a game after five days.

The cleanup sits at the intersection of two lanes where CDI succeeds: keeping indoor ice arenas dry and comfortable as well as disaster relief. The average National Hockey League arena, which seats just shy of 18,000 fans and all of their body heat, typically deploys four of CDI’s largest units, removing 8,000 pounds of water from the air in an hour’s time. The dehumidifiers prevent building corrosion, halt the collection of condensation on ceilings and walls and halt fog on the acrylic glass surrounding the playing surface. Desiccant dehumidifiers are also used in electric vehicle lithium battery manufacturing and food processing facilities.

“They were working out of a building that didn’t suit them,” Tappe said. “And they didn’t have any space to grow on the footprint of the current site. … This project fits with new markets because it helped Tom find favorable financing to expand his business physically and have facilities there to last several decades while also having cash flow to hire and train new employees.”

Tom and his wife, Sue, started CDI as a computer-aided drafting service named Concepts and Designs in the early 1990s. In the company’s formative years, the couple poured every dollar it had into the company, including equity in their home, their savings, life insurance and more. Success arrived in the late 1990s and, since 2004, the company has found a niche with desiccant dehumidifiers.

While the desiccant dehumidifiers might help the average hockey fan stay dry while watching their favorite team pursue the Stanley Cup, the dehumidifiers have other purposes, too. For example, after Hurricane Ian and Hurricane Nicole blasted Florida last year with wind and rain, Tom Peterson estimated the firm sent between 1,000 and 1,500 units to the Sunshine State as part of disaster relief.

“A benefit of the desiccant is when you significantly reduce the water vapor pressure in the air, the water wants to jump out of those 2 by 4 [wood beams] into the air and out of the room,” Tom Peterson said. “It would take a month to dry out these buildings with old technology of heat and fans relying only on evaporation. The loss ratios are significantly less when people use our technology to dry out buildings.”

Tom Peterson said CDI’s products range in approximate size from a desk to a semitruck trailer depending on the recipient’s desiccant dehumidification needs.

“Our product is becoming larger and larger as the market demands bigger equipment,” Tom Peterson said.

A drone photo from Nov. 16, 2022, looks at the construction progress from the southwest on a new facility for dessicant dehumidifier manufacturer Climate by Design International (CDI) in Owatonna, Minnesota. Three community development entities allocated new markets tax credits to CDI for the construction.

The demand for bigger equipment requires a larger facility for CDI to craft its wares. One example Tom Peterson provided is the need for a new paint booth as the size of the products CDI now manufactures have grown too large for current tools.

In addition to boosting its manufacturing capabilities, the new facility is expected to retain and create more than 275 jobs. This was a major motivating factor in participating in the transaction for Mascoma Community Development (MCD), which allocated $10 million in NMTCs. Tad Atwell, senior vice president at Mascoma Bank and chief operating officer of MCD, said the projected retention of 155 full-time positions and estimated creation of 120 new full-time opportunities, represented unusually robust numbers from a job standpoint in a NMTC transaction.

“MCD was immediately struck by the projected employment numbers. In our experience a typical new markets transaction of this size and scope may on average estimate new job creation of approximately 50 quality jobs,” Atwell said. “When we see north of 100 quality jobs projected, that’s really demonstrating tangible impact.”

For MCD, Atwell said its Community Development Financial Institutions (CDFI) partnership grant program was an appealing ancillary facet as well. A $50,000 grant from MCD, in partnership with MMCDC and the local Owatonna Independent School District No. 761 Foundation, a 501c3 tax exempt organization, will support up to 25 scholarships for $2,000 each. Pursuant to a satisfactory application, scholarships will be made available as a one-time opportunity for graduating high school students, active learning classroom students and adult learners who attend a local technical or community college within a 50-mile radius. There is a strong, established manufacturing industry in the community of Owatonna and several of the major manufacturers in the community have discussed the need for younger qualified applicants to fill skilled positions.

That’s a motivating factor for the training element of the facility. Tom Peterson shared that the property has the capacity to train and educate hundreds of people. Putting an emphasis on people is important to Tom Peterson, which is why CDI includes a well-being program that encourages employees’ mental and physical health along with amenities such as a gym, exercise room, quiet room, walking path and bike room.

“One of our beliefs is that each one of us was created equal,” Tom Peterson said. “We all have a very high value. I don’t care what position you have at the company. You have a high value. We want to have everyone feel that, to know that, to understand that.”

Mary Stoick, senior vice president of tax credit lending for Minnesota’s Sunrise Banks, which provided a $5 million NMTC allocation, was struck by CDI’s commitment to people. That includes a shift schedule that allows work hours during a window of available time instead of mandated hours. Tom Peterson told Stoick about an employee, a single mom, who appreciated the flexibility to drop her kids off at school, work six hours and pick them up at the end of the school day.

“I listened to that story and I thought more businesses need to figure out a way to prioritize the needs of real people,” Stoick said. “That’s how you avoid problems with labor shortage–come up with a way to allow an accessible work schedule that people in certain life situations really need.”

Taking care of the workers of CDI and the Owatonna area in general is important to the Petersons, who prioritize both and seek to drive economic stimulation in the city.

“It matters to them that it makes a difference in Owatonna,” Stoick said. “There’s a lot more at stake for the business owner who runs the business, who lives where it’s sitting and thinks about how that affects the employees and their families living in their own hometown.”

Tim Swenson, manager of NMTC financing for MMCDC, said Tom Peterson’s commitment to his community and his passion for the technology was unmistakable.

“We got in the vehicle after the first visit with Tom and said, ‘This is a deal we want to be involved in,’” Swenson said. “When you meet Tom, you don’t have to guess how much the guy cares about his community and his employees. It is in everything he talks about. I think that is what’s really cool about this transaction and why we’re so pleased to be involved in it.”

“This was a real U.S. Bank enterprise hug,” said Tom Oldenburg, vice president, business development officer with U.S. Bancorp’s Community Development Corporation. “It’s a great example of how we work together across different areas of the bank to meet clients’ needs.”

Oldenburg said the investment came on U.S. Bank’s radar when Tom Peterson visited an Owatonna U.S. Bank branch and discussed the need and challenge to expand, but ran into financing limitations.

“The local banker gave me a call. I said it feels like new markets tax credits can save the day and be of help,” Oldenburg said. “To watch, quite honestly, not only Tom Peterson be able to expand his business, but to also see the support of the community, has been the most rewarding part. The community is pulling for Tom to get this project expanded. The man obviously is a giant in his community, but in business is also very reputable.”

Swenson said it is the type of transaction that MMCDC wishes it could do more.

“When you look at what we are, a rural CDFI, a rural CDE, we would love to be able to have multiple Climate by Design-type deals,” Swenson said. “The jobs there give people a reason to come back home. That’s important to us.”

CDI received $5.3 million in tax increment financing from the city of Owatonna.

In keeping with the spirit of valuing everyone, Tom Peterson was eager to name and praise collaborators, including CDI’s accounting and legal teams. Matt Drinen, principal and co-founder of Emerald Capital Strategic Advisors, served as a consultant for the NMTCs. Milwaukee’s Carrus Group designed the manufacturing flow in the facility. The Opus Group from Minneapolis is the design build general contractor. Tom Peterson praised Opus for its ability to navigate supply chain issues and cut several months off of the construction process. CDI is working with another Owatonna firm, Viracon, for self-tinting glass at the facility.

“Novogradac is no stranger to businesses all over the map, economically and geographically,” Kressig said. “It’s great when we can bring our knowledge and expertise to what we believe will be a major economic driver in a place like Climate by Design’s new facility in rural Minnesota.”

CDI plans to open its new facility in September.

Track Record, Including Exhibit B, are Critical Components to a Competitive NMTC Application
Numerous Priority Issues Have the NMTC Working Group Looking Beyond 2023 to 2025
Urgency, Ambition Essential in NMTC Investments in Fight Against Climate Change
END_OF_DOCUMENT_TOKEN_TO_BE_REPLACED