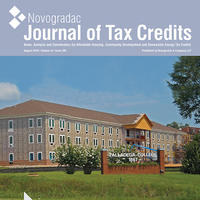 New markets tax credit (NMTC) equity helped an iconic historically black college in Alabama get over a final financing hurdle so it can continue to grow.

Talladega College in Talladega, Ala., used equity from tax credits allocated by three community development entities (CDEs) as the final piece in a $23 million development that allowed the school to build a new student center and student dormitory facility.

“In addition to the immediate quality-of-life benefits of improved access for the campus and community, this project will support the long-term economic growth of the college,” said Sama Mondeh, vice president for administration and finance at the college. “Continued increases in student enrollment will expand Talladega College’s ability to provide much-needed jobs with strong benefits packages to its growing workforce in the local area.”

The school was founded in 1867 in the historic district of town. It is the state’s oldest private historically black college and offers 17 majors grounded in the liberal arts for its 800-plus students. Until this development, the college lacked facilities, including sufficient dormitories. As a result, it paid $300,000 over the past three years to house 100 students in a local hotel.

The new 45,000-square-foot student housing facility will provide 103 dorm rooms for 201 students, while the school also gets a much-needed 47,000-square-foot student activity center with a dining hall, full kitchen, concession stand, coffee lounge, convenience store, fitness area, multipurpose rooms and 2,000-seat gym where basketball and volleyball can be played. There will also be a health care clinic and a large convocation center with breakout rooms.

“This is a great story about a great organization,” said Kelly Clements, NMTC relationship manager at PNC Bank, which provided a construction loan and $4.3 million in tax credit equity. “Talladega College was developed by former slaves who worked together to create a school to educate the children of newly freed slaves. A century-and-a-half later, enrollment is strong and continues to grow, but they don’t have a student center, an adequate gymnasium and are in desperate need of additional housing for their students.”

Matt Meeker, a partner in Novogradac & Company’s office in Dover, Ohio, highlighted the broad impact of the transaction. “This was an extremely complicated deal, but in the end, it provides much-needed benefits for the college and the community,” said Meeker, who provided tax credit consulting and financial forecast services on the transaction. “Students and community members will have opportunities that didn’t exist before. Everyone involved should be proud of this.”

The journey from need to completion took years and multiple partners. 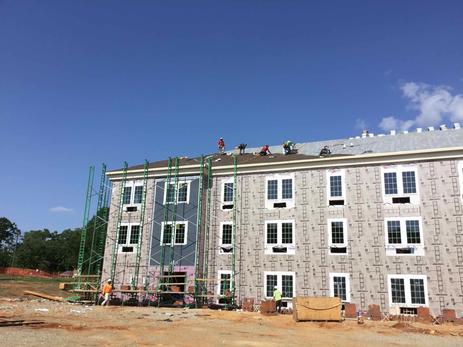 Image: Courtesy of Crescent Growth Capital LLC
Construction is ongoing for the new student center and dorms at Talladega College in Alabama. The development is partially financed with new markets tax credit equity.

Crescent Growth Capital LLC (CGC) got involved in the transaction a couple of years into it, according to Cameron Garner, a director with the company. CGC was working on the Lexington Regional Health Center in Nebraska, a development that involved both USDA funding and NMTCs.

“We spent time working through a complicated lease structure that paired NMTC and USDA RD financing on a hospital, so we were hoping to get some additional mileage out of that structure and Talladega was one result of that effort,” Garner said. “Ultimately, we got to know the USDA program well.”

That led to the college, which was working toward a USDA RD loan for the property, hampered by a financial gap. CGC approached various CDEs for their allocations.

“We recognized early on that we’d be facing some challenges bringing in NMTC subsidy to a project featuring a housing component,” Garner said. “Additionally, [the region] was rural, but at the time the state wasn’t underserved. The student center was a great NMTC story, but based on how student housing is, or isn’t, viewed in the context of Section 3.2(k) of the allocation agreement, we felt that the dormitory was not going to be a viable new markets tax credit opportunity.”

“Over a nine-month marketing period, we received interest in the student center from a few CDEs, but we were surprised when one CDE, Southern Community Capital [SCC], suggested including the residence hall,” Garner said.

“We were the first CDE to issue a letter of commitment,” said Will Shurtleff, executive vice president and chief operating officer at SCC, a subsidiary of Trustmark National Bank. “And our commitment was extended several times before the project financing closed.”

Deciding on whether the NMTCs could cover the student housing was the biggest issue, but not the only one. Ultimately, UB Community Development (UBCD) and another CDE joined SCC in allocating NMTCs.

“It was a challenging transaction,” Clements said. “CDEs came and went and came back. The size of the project grew, shrunk and grew again. It took about a year to close the transaction, but the need was clear and the parties were determined to see the project through.”

A lack of sufficient plans as it neared closing caused a delay for CDEs. One withdrew and National Community Fund I LLC, managed by United Fund Advisors (UFA) joined, which was a bonus.

“When we started the closing process, we had $16 million in allocation,” said Garner. “Through the course of the transaction, we lost one CDE and $3 million, but added UFA and its $7 million. For a transaction that went through a number of setbacks, picking up an additional $4 million of allocation was one piece of good luck we certainly weren’t expecting.”

A comparatively rapid decision by the CDFI Fund to allow student housing was crucial.

“We asked [CDFI Fund associate program manager] Trefor Henry if the CDFI Fund could issue a formal conclusion or at least some guidance on how student housing fits in the context of affordable housing,” Garner said. “He came back in a week with sufficient [guidance] to get the CDEs comfortable, which was the key to closing the transaction.”

When construction finishes, the college and the Talladega community will both benefit.

“The additional housing is so important for the purposes of the school to market itself and continue to grow its enrollment,” Clements said.

The student center–which the school previously lacked, meaning the students had no natural congregation location–is also a boon.

“When I toured the facilities, one of the things that struck me was the gymnasium,” said Shelly Crowder, senior vice president of UFA. “They’re a [NAIA] Division I school and their gym was about the size of a high school gym.”

The benefit spreads beyond the college.

“The NMTC subsidy made it possible to add a full-size health center on-site, which will serve people from the community as well as the students and faculty,” Clements said. “The grocery-styled convenience store will give area residents access to healthy food. And the student center can be used for public meetings and events, providing space for up to 3,000 people to gather.”

The convenience store is located in a designated food desert and the health clinic is expected to serve 2,200 patients annually in a medically underserved census tract. Both will be accessible to students, staff and neighborhoods around the college. 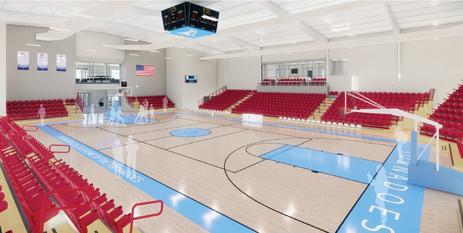 Image: Courtesy of Crescent Growth Capital LLC
Talladega College in Alabama will get a new gym, giving students an upgrade over the existing facility. It is financed partly with equity from new markets tax credits.

For the CDEs, this was a difficult fit, but a good one. UBDC and UFA each allocated $7 million in NMTCs and SCC allocated $6 million. “We’re based in Alabama, so our service area is Alabama and Florida, predominantly rural-focused,” said Alex Jones, president of UBCD, which also provided $3 million of the $20 million construction loan from PNC. “From the standpoint that this is a rural project in Alabama, that it’s a historically black college and in that ecosystem, there have been some economic stresses. The importance of that college to the ecosystem helps put this in perfect alignment for us.”

SCC’s Shurtleff agreed. “More than checking the boxes, this scored off the charts for us,” Shurtleff said. “Talladega College is a rock that the city was almost built on. The addition of the health clinic that is open to the community is huge. There also is a work release program for the correctional institution nearby and that helps. They are developing the next class of people coming into the workforce.”

The NMTC equity was crucial.

“There are a lot of large, multi-CDE projects that meet the ‘but-for’ test,” Jones said. “This project would definitely not have gotten done without the tax credits, no ifs, ands or buts.”

The construction phase is expected to create 26 full-time jobs from within the area and the completed development will provide another 46 full-time jobs.

The idea of a new major facility at the college has been met with support in Talladega, a city of about 15,000 residents.

“It’s welcomed by the entire community,” Crowder said. “Not only is it a space for the college and graduations, it is community space.”

For Garner, the additions are the continuation of a success story. “It’s staggering what they’ve done despite a lack of funding and facilities,” Garner said. “We’re glad to get the heck out of their way and let them continue growing their educational reach.” 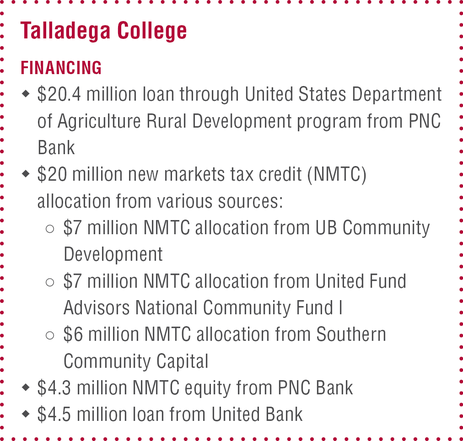