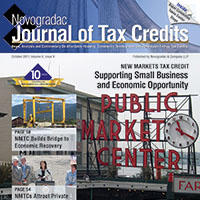 In September, we saw Congress finally take action on long-delayed spending bills, including the bill that funds U.S. Department of Housing and Urban Development (HUD) programs.

First up was the House of Representatives. On September 8, the House Transportation, Housing and Urban Development (THUD) Appropriations Subcommittee voted unanimously to approve the fiscal year (FY) 2012 appropriations bill.

It will probably not surprise you given the year-long drumbeat to reduce federal spending in the House that there wasn’t much good news in that bill, where cuts clearly outnumbered any modest raises. However, in this very challenging budget environment we should recognize that it could have been much, much worse, based on what the House had originally planned earlier this year.

Why did the House change its mind?

Well, it didn’t really. House leadership still strongly believes in the need to reduce government spending, especially domestic spending. But because the Budget Control Act of 2011 (a.k.a. the debt ceiling deal) set the overall discretionary spending caps for FY 2012 and FY 2013 at levels higher than set by the House FY 2012 budget resolution, and the House leadership agreed to use those limits to change spending allocations among the appropriations subcommittees, the THUD subcommittee had $7.5 billion more to spend. This move clearly averted much deeper spending cuts in HUD and Transportation programs.

Relative to Transportation, the HUD portion of the bill was cut more. HUD was reduced by approximately $3 billion below FY 2011 levels. It should be noted that HUD programs fared better than transportation programs in the FY 2011 bill, so the greater burden of cuts on HUD in FY 2012 was expected.

In his opening remarks of the September 8 meeting, Chairman Tom Latham, R-Iowa, noted that his priorities in drafting the bill were to protect currently assisted families and to promote community development. These priorities were reflected in full funding of the Section 8 Housing Voucher Choice program, full funding of Section 8 Project-Based Rental Assistance, and level funding of the Community Development Block Grant (CDBG) Program.

That’s another surprise. Republicans historically have not been big supporters of CDBG, and most in the affordable housing and community development industry were expecting big cuts there.  It’s a testament to the attention and seriousness that those organizations that care the most about CDBG — organizations representing cities and local governments like the U.S. Conference of Mayors, the National League of Cities, and others — took to the threat of cuts to CDBG.

However, these programs were fully funded at the expense of other HUD programs, including the HOME Investment Partnership Program, which was cut by 25 percent from $1.61 billion in FY 2011 to $1.2 billion in FY 2012. The budget for HUD housing counseling was also not funded at all, just as it was zeroed out in FY 2011.

Given the Washington Post series on HOME that I discussed in a previous column, the HOME cuts weren’t terribly surprising, but they are disappointing, especially given how differently HOME was treated compared to CDBG. These cuts will no doubt make it even harder to find gap financing for low-income housing tax credit-financed developments.

Eliminating the budget for HUD’s housing counseling is another blow. There is plenty of evidence that demonstrates that when low-income homebuyers receive good housing counseling, they are able to responsibly plan and pay for affordable mortgages. And over the long term, such low-income homebuyers should be able to build assets to help finance their children’s education, start a small business, or help provide for their retirement.

Other notable cuts were to the Public Housing Capital ($1.5 billion, down from $2.04 billion in FY 2011), Public Housing Operating ($3.8 billion, down from $4.6 billion in FY 2011) Funds, and the Administration’s new place-based initiatives — HOPE VI/Choice Neighborhoods and Sustainable Communities — were all zeroed out. Clearly, the House was sending a message to HUD and the Administration on its new ideas.

The FY 2012 THUD bill approved by the House will likely serve as the last House version of the bill before House-Senate negotiations. As the fiscal year is ending on September 30, Congress will likely need to pass a continuing resolution (CR) to temporarily fund the government through November 18. Also, Congress appears poised to enact one FY 2012 omnibus appropriations bill, combining all of the dozen FY 2012 appropriations bills into just one bill, instead of passing them separately. I anticipate the omnibus bill to pass before the end of the year.

Overall, the Senate FY 2012 THUD bill is $100 million below FY 2011 levels, and nearly $20 billion below the president’s budget request for FY 2012. As with the House FY 2012 bill, the HUD portion of the bill was cut more relative to Transportation—even more so than the House bill, which resulted in large cuts to some core HUD programs.

Congress has begun to debate a FY 2012 CR that would authorize government spending through November 18, although as this column went to press, the House was experiencing difficulty in getting it passed, underscoring the budget austerity mood that the House leadership must contend with when considering spending measures.

So what’s the take-away from the housing spending debate in Congress? The housing and community development industry will continue to be subject to cuts until we can construct and share a better narrative with Congress that illustrates the importance of housing to a broad set of social challenges facing communities across the nation.