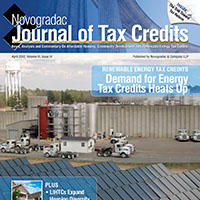 When the California Supreme Court ruled on two redevelopment agency (RDA)-related budget bills in late December 2011, the outcome was one that affordable housing stakeholders had considered the worst case scenario. The court upheld Assembly Bill (A.B.) X1 26, which dissolved the state’s RDAs, and struck down A.B. X1 27, which allowed RDAs to continue operating if they made specified contributions to local school and special districts. The ruling effectively eliminated RDAs and on February 1, 2012, more than 350 RDAs shut their doors, taking more than $1.5 billion reserved for affordable housing development with them and leaving affordable housing stakeholders struggling.

“The redevelopment funds were a large percentage of the [funding for] affordable housing developments in California. More than $1 billion in annual funding for affordable homes just disappeared. That loss is incredibly significant,” said Shamus Roller, Housing California’s executive director, “especially when you consider that the housing-bond funds from Prop. 46 (2002) and 1C (2006) are running dry.”

The Basics
California’s RDAs officially dissolved on February 1 and all of their commitments and assets, including money that had been reserved for affordable housing through the Low and Moderate Income Housing Fund, were transferred to successor agencies. Agencies have until May 1 to establish a seven-member oversight board to supervise their activities. The oversight boards will determine the fate of contracts, agreements and other arrangements between the RDAs and private entities. In the coming months, agencies will implement plans for disposing of the RDAs’ assets and meeting their continuing obligations. Boards will include members representing or appointed by the county board of supervisors, a city mayor, the county superintendent of education, the chancellor of the California community college system, the largest special district taxing entity and a former RDA employee. For countywide or regional RDAs or in cases where one of the aforementioned entities does not exist, other state and local officials will appoint board members, as described in the bill text.

“Historically, 75 percent of our pipeline has used redevelopment funding. It will be very difficult to carry out new production work in the Bay Area without a source of gap financing,” said Linda Mandolini, executive director of Eden Housing. Eden Housing, a not-for-profit northern California housing developer, has seven properties that will be delayed for at least six months because of the RDA dissolution process.

Without the RDA funding, which most often came from the RDAs’ Low and Moderate Income Housing Fund, stakeholders expect to see reduced competition for 9 percent LIHTCs. Developer James Silverwood expects to see fewer urban and coastal properties competing in 2012’s second funding round.

“In the urban areas, especially coastal regions, we think the number of applications will go down. If there’s not a new financing source here … the only projects that will be viable will be in the outlying areas and smaller suburban towns and cities,” said Silverwood, president of Affirmed Housing Group Inc.

Mary Murtagh, EAH Housing’s president and chief executive officer agreed that a lack of redevelopment money would reduce the number of proposed LIHTC developments. “It’s going to bring new construction of affordable housing to a halt until there’s a new permanent source,” she said. At press time, EAH had several properties that were in jeopardy because of the RDA dissolution.

Thomas Morton, a partner with Pillsbury Winthrop Shaw Pittman LLP, said that he didn’t think that the changes would frighten investors away from California properties, but that some might spend more time studying transactions and possibly tighten their approval processes.

S.B. 654 & A.B. 1585
When the Journal of Tax Credits went to press, affordable housing stakeholders were waiting for the Assembly to take up S.B. 654 and A.B. 1585. The Senate passed S.B. 654 on January 31 and the Assembly introduced A.B 1585 two days later. Both bills would transfer approximately $1.5 billion to the RDAs’ successor agencies, but A.B. 1585 put more restriction on the funds. Stakeholders hoped that the Assembly would take up one or both of the bills before April. Either bill would require a two-thirds majority in both houses and the governor’s signature to pass.

“We’d like to see those two bills expedited and moved through,” said Michael Lane, policy director at the Non-Profit Housing Association of Northern California (NPH). Lane said that, ideally, the bills would be on the governor’s desk in early April, before attention shifts to the state budget.

S.B. 1220
S.B. 1220, the Housing Opportunity and Market Stabilization (HOMeS) Act, would fund an existing, unfunded affordable housing trust fund. The HOMeS Act provides a permanent source of funding for the development, acquisition, rehabilitation and preservation of affordable homes. It uses a $75 real estate transaction document recording fee to generate an average of $700 million per year for affordable housing.

“I’ve come to appreciate the importance of [affordable housing] and having a dedicated funding source. My biggest concern is that we are going to lose some of the infrastructure that’s been established in the last 20 years. The goal is to get sustainable permanent funding for affordable housing,” said Sen. Mark DeSaulnier, D-Concord, who introduced the HOMeS Act in late February.

Key Issues
As affordable housing stakeholders advocate for new funding sources, they are also addressing issues affecting properties that are under development.

Title Insurance & the Look Back Period
One area that could affect property funding is a two-year “look back” period included in A.B. X1 26. An amendment to the bill gives the Department of Finance the authority to examine all deals entered into in the two years prior to the RDAs dissolution. The intent of the amendment, according to Lane, is to determine the legitimacy of transactions that occurred after AB X1 26 was introduced in 2011, but before it was enacted, a time when many RDAs committed funds to projects in the hopes of preserving them for redevelopment. Although the intent may have been only to examine those questionable transactions, the amendment actually gives the Department of Finance the authority to undo transactions that occurred well before the governor proposed A.B. X1 26.

Enforceable Obligations
While Lane and Roller both said that affordable housing developments with “enforceable obligations,” such as signed contracts, had no reason to worry, the uncertainty surrounding the potential reviews had some title insurance companies nervous. Morton reported that he had a title insurance company back out of a deal, but that a replacement insurer was found. At press time, NPH and others were trying to get the Department of Finance to confirm that it had no intention of undoing existing transactions, so that these incidents did not become common.

Morton questioned how riders attached to a contract after the initial enforceable obligation could affect project closings. For example, most investors like to have the option to find a new developer for a property if for some reason the original developer under a disposition and development agreement cannot complete the property, or to provide for a revised schedule of performance to take construction and/or financing delays into account. Morton questions if these riders are merely implementing existing enforceable obligations or are they substantive amendments to those enforceable obligations that are potentially invalid. Morton hopes that once local oversight boards are in place, they will address these questions. Until that time, he recommends that investors proceed cautiously.

“If you have significant changes that need to be made … you have got to wait for your oversight board to be in place. You have this gap of a few months where you’re kind of hamstrung,” Morton said.

What’s Next?
The landscape of affordable housing in California is uncertain at this time. It will take years for the successor agencies, developers, legislators and others to address all of the issues created by the RDAs’ dissolution.