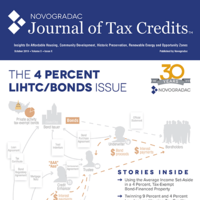 From converting a rundown hotel to affordable housing to rehabilitating housing structures that existed for more than half a century, the six winners of the 2019 Novogradac Journal of Tax Credits Developments of Distinction (DOD) Awards exhibit the breadth of affordable housing incentives that change their communities.

Winners in all six categories will be honored at the Novogradac 2019 Credit and Bond Financing for Affordable Housing Conference Oct. 3-4 in New Orleans. To be eligible, developments were placed in service between Oct. 31, 2017, and June 14, 2019.

The following are the winners in the six categories:

Due to the complexity of the site, the fact that Ocean Bay houses 4,000 residents and includes 24 buildings, and the amount of capital needed to complete the renovation, RDC Development required a complex funding structure of public and private sources made possible by RAD and LIHTCs.

Residents were not displaced during the renovation and all apartment renovations included new kitchens, bathrooms, flooring and fixtures. The buildings received a facelift as well, which included public hallway improvements, new elevators, a floodwall, solar energy panels and new boilers. Amenities were improved with the development and implementation of a comprehensive social services program that will greatly improve the lives of residents.

“This is the largest single-site public housing conversion and a model for all other RAD deals,” said Tom Dixon, DOD Awards judge and vice president of acquisitions for Boston Capital.

The Mount Baker Village rehabilitation development provides two prime examples of LIHTCs preserving both a historic building and a historic and culturally important tenant base. The development in Seattle was built in 1957 as garden-style apartments. The property was purchased by Mt. Baker Housing Association in 1988, which made early use of the LIHTC program in Washington to rehabilitate the community. 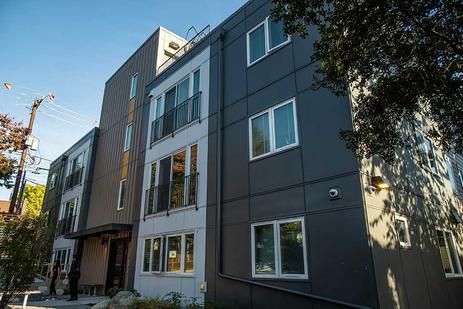 “Mount Baker Village is a great example of how to keep a project in the program through the years,” said Dixon.

The Village at Westerly Creek 3 (VWC3) in Aurora, Colo., is one of the largest public housing developments in the country to be completed without the use of HOPE VI funding. VWC3 is the third and final development in a three-phase rehabilitation process that converted 130 public housing apartments into 194 new units of affordable family and senior homes. 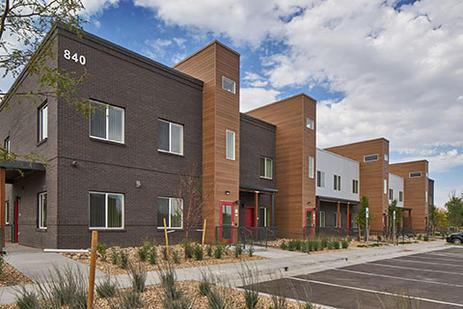 Image: Courtesy of the Housing Authority of the City of Aurora.
The Village at Westerly Creek 3 development won a 2019 Development of Distinction Award for family housing.

“[It’s] impressive that they were able to do this without using HOPE VI funding,” said Michael Snowden, a DOD judge and vice president of asset management for Highridge Costa Housing Partners.

The development offers similar amenities to other market-rate lofts, including a two-story community space, a movie theater and a fitness center. Included in these amenities is after-school care and financial literacy courses. 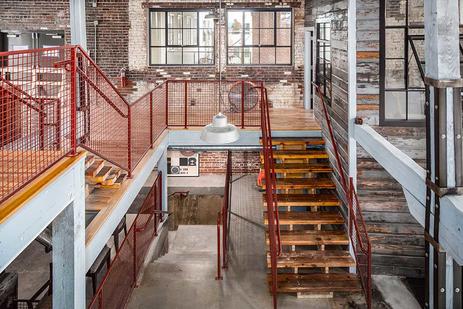 In 2016, the development lost its original tax credit investor, but pushed forward using its own funds and with cooperation from the bond investor and other stakeholders. A new tax credit investor was found and the full funding package closed in August 2017.

“A beautiful development of an old mill,” said Philip Melton, a DOD judge and executive vice president and national director of affordable housing and FHA lending for Bellwether Enterprise. “I love the way they kept a lot of the historical look inside the building and incorporated into the overall design.”

The Boulder Pines Community Campus in Las Vegas is home to more than 800 residents. The developer of the property, Nevada HAND, used both 4 percent and 9 percent LIHTCs to generate funding for the development.

The Boulder Campus used a Community Development Block Grant (CDBG) worth $5.1 million to build a Boys and Girls Club and the Lutheran Social Services of Nevada headquarters in addition to the 264 homes already funded from LIHTCs. The campus is also co-located with Mater Academy, a K-8 charter school and has a bus stop on the Boulder Highway transit corridor.

“A great integration of community development with this property,” said Melton. “The school, Boys and Girls Club and transportation access all provide for significant benefits to the residents. A terrific development.” 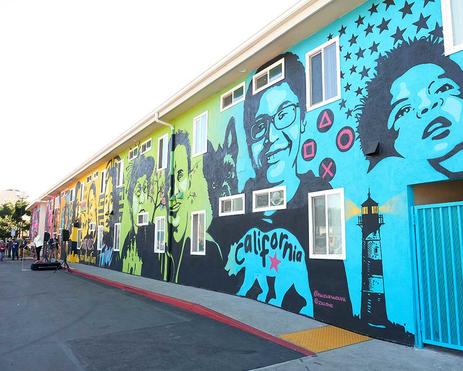 The development provides more than just housing for individuals and families. There are 72 apartments, 58 of which are studios. In addition, a local nonprofit runs a commercial kitchen on-site that provides two meals a day, five days a week. Food is sourced by donation or from the community garden in the back of the property. The community garden is operated by volunteer chefs who offer cooking classes in exchange for produce.