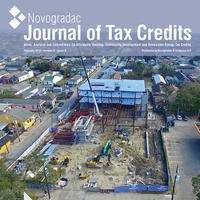 When Hurricane Maria slammed Puerto Rico in September 2017, the island’s entire electrical grid was knocked out. Three months later, about half of the island’s 3.4 million residents remained without power, meaning no school, no reliable source of clean water, no lights.

One of the largest power outages in American history has the attention of the solar power industry.

“Puerto Rico provides a golden opportunity to make a correction,” said Daniel Farmer, regional manager of at RINA Consulting in Ann Arbor, Mich. “Don’t just rebuild the system, but redesign the generation and grid and do it right. Make it safe, put [transmission and distribution] underground. Do it where it makes sense. … Don’t make the people and the island suffer for the sake of a few dollars. It would be a shame if the island is held back rather than creating a resilient system.”

Shortly after the hurricane hit, the Solar Energy Industries Association (SEIA) launched a form on its website to get solar companies involved in the recovery. Then the Solar Foundation partnered with the Clinton Foundation, major humanitarian organizations and a range of solar energy companies to mount an industrywide relief effort to Puerto Rico and the U.S. Virgin Islands: Solar Saves Lives, which organized deliveries of solar and solar-plus-storage technology to power critical infrastructure in disaster-impacted regions.

“This started with SEIA after the hurricanes,” said Avery Palmer, senior communications manager for The Solar Foundation. “We worked with solar companies on how to contribute. We launched the Solar Save Lives initiative as a way to coordinate contributions across the industry.”

SEIA was involved following Hurricane Sandy in 2012 and after hurricanes hit Florida and Texas last fall. But the logistical challenges for Puerto Rico were unique.

“When the storm hit Puerto Rico and we learned about the massive outages, a lot of members reached out to us to ask how they could lend support and donate product,” said Dana Sleeper, director of external affairs for SEIA. “It became apparent that there wasn’t an entity coordinating the shipment of solar product to Puerto Rico, so we stepped up to the plate. We developed relationships with organizations that specialized in logistics support in disaster situations and with installers on the ground in Puerto Rico. … We worked with aid agencies and found space on planes or barges. We coordinated with solar companies who planned shipment of product so that they could package shipments with others near them who were also donating.”

Part of the difficulty in Puerto Rico was the electrical system–which is thousands of miles of transmission and distribution lines, many running through mountainous and wooded terrain–making repair difficult. Most power generation is on the southern end of the island, while more of the population is in the north.

“The electricity grid had problems before the hurricane hit,” Palmer said.

Alejandro Uriate, president of solar design and installation firm New Energy Consultants & Contractors in San Juan, P.R., said there was awareness in Puerto Rico of the danger to the grid, but that year after year of near-misses led to complacency. “People grew used to hurricanes coming close and nothing happening,” Uriate said. “On the power side, we knew Puerto Rico was fragile.”
Solar Saves Lives coordinates transportation of solar equipment directly to affected areas. An immediate priority was restoring power in two major food markets in San Juan. Another was to restore power to 62 rural medical clinics in Puerto Rico.

“Our idea is to get people back online quickly,” Palmer said. “We want to bring technology like batteries and solar-plus-storage units to critical infrastructure, where reliable electricity is urgently needed.”

In the long term, a smaller solar grid may be a solution to avoid large-scale outages. “Say you build a 40 megawatt PV plant. Even if the plant takes some damage and damages one-fourth of it, you still have 30 megawatts,” Farmer said. “If export lines are built underground, you can still get that power to consumers. You should be able to develop and construct it–it’s already been proven in other locations.”

“I think anytime you have an island system, combined storage and generation is more valuable,” Farmer said. “As long as you design the system to allow the storage system to generate independently of the grid, your storage has the potential for exporting.”

Farmer emphasized the value of smaller, more agile systems. “The point is that you can have a generation plant [after a disaster], that is unlike a fossil fuel plant, where if it goes down, you can’t use it,” Farmer said. “A PV plant is more pixilated. If 25 or 50 percent is affected, that’s still better than [having] nothing. It’s better than hours spent trying to get the turbine spinning.”

Uriate said in Puerto Rico, there is consensus. “For the first time, we’re seeing an agreement from every sector that renewables are the way to go,” Uriate said. “We need to have a less-centralized way of powering the island. … We have seen a push for solar and more than solar; solar-plus-storage is the important thing.”

Uriate said before the hurricane, people in Puerto Rico wanted solar to save on their electrical bill. “Now, after running on a generator and all the expenses involved, people know [solar is] now the way to go in the next emergency,” Uriate said. “People want to invest in solar and storage, so if it happens again, we are prepared.” 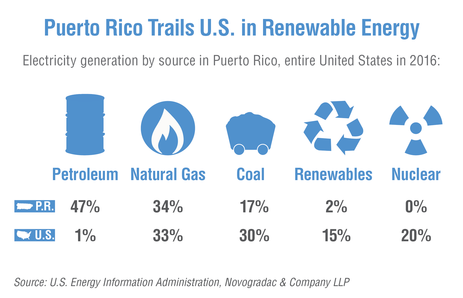 The 30 percent solar investment tax credit (ITC) isn’t the motivation for the reaction in Puerto Rico, but it plays a role.

The ITC is of limited value in Puerto Rico, since Puerto Ricans and Puerto-Rico-based businesses pay no federal taxes. “Most of my investors are U.S. companies,” Uriate said. “So, the ITC helps indirectly. It has brought investment to Puerto Rico.”

There is another issue.

“From a policy level, the ITC is a key piece of financing for any solar project,” said Katherine Gensler, director of government affairs for SEIA. “The problem in Puerto Rico is the credit-worthiness of the party. The ITC is an effective way to bring down the price, but there are other forms that are more important there.”

Gensler said she considered whether it would make sense to have a bonus ITC provision, similar to the GO Zone legislation that boosted the allocation and percentages for low-income housing tax credits, new markets tax credits and historic tax credits in the wake of 2005 hurricanes.

“In the middle of tax reform, the conversation was about saving the credit, not about storm damage,” Gensler said. “But one of the first things I did was print out the GO Zone legislation.”

“On a legislative side, the two pieces everybody focuses on is what disaster package takes place,” Gensler said. “So far, it’s mostly an infusion of cash. But shifting to legislation like the GO Zone helps with how to rebuild and what that looks like. A lot of policymakers commented that to rebuild effort with Puerto Rico and the U.S. Virgin Islands, one area of agreement is they need a much more resilient grid.”

She said the situation in Puerto Rico and the U.S. Virgin Islands provides a chance to do more.

“This is an opportunity to not only make it better than what existed before, but for the Department of Energy and private companies to do experimentation and be sure to use local resources, not imported oil or a transmission grid,” Gensler said. “It seems like a lot of agreement on both sides of the aisle to do that, but it will be a while before legislation is passed. It’s similar to New York and New Jersey [after Hurricane Sandy]. The immediate goal was to get the lights on, but after that, the states had projects to harden the grid, create microgrids.”

Uriate said his biggest concern is remote communities that aren’t credit-worthy, yet are now without power. “I’m concerned,” he said. “We need a way to get power to them and I can’t see it.”

Ultimately, there is consensus on improving the Puerto Rico grid. The solar community hopes to play a major role.