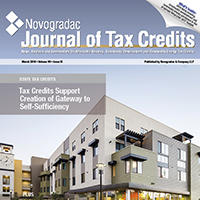 The main challenge to building the largest utility-scale solar facility in Arkansas had little to do with construction, and largely to do with changing the mindset of a historically coal-fueled region.

Tennessee-based developer Silicon Ranch was tasked with the mission to build a 12-megawatt alternating current (AC) solar farm for national aerospace propulsion manufacturer Aerojet Rocketdyne in East Camden, Ark. Before construction work could begin, Silicon Ranch and Aerojet Rocketdyne needed to address the longstanding misconception that solar would render utility distributors irrelevant. “There were some perceived issues from utility providers that solar was not economic and that it threatened their business model,” said Matt Beasley, Silicon Ranch’s senior vice president of business development. “Fortunately we were able to address those concerns through open discussion with our project stakeholders.”

Under the PPA, Silicon Ranch is the owner and operator of the solar facility, while the primary off-taker is Aerojet Rocketdyne. Any excess generation is purchased by Arkansas Electric Cooperative Corporation (AECC), which provides wholesale power to 17 electric distribution cooperatives, including the Ouachita Electric Cooperative Corporation (OECC), the utilities provider for Aerojet Rocketdyne in East Camden.

“We crafted a solution to help Aerojet achieve its goals and tailored that solution in a manner that would also work for the distributor and [ACEE],” said Reagan Farr, vice chairman and chief operating officer of Silicon Ranch. “The result was the largest operating solar farm in Arkansas.”

The 76-acre solar farm was completed in December 2015 and will generate more than 30 million kilowatt-hours annually, reducing carbon emissions by 21,000 metric tons. That is enough electricity to power 2,863 homes and equates to taking 4,383 cars off the highway. “This is the biggest operating solar field in Arkansas by a factor of 20 times,” said Erik Didriksen, environmental health and safety specialist for Aerojet Rocketdyne. “It’s exciting.”

Aerojet Rocketdyne considered several energy sources, from biomass to fuel cells, but could not make the economics work. “When we first started, solar was thought to be in the infancy stage, but solar came into focus a lot quicker than a lot of people thought it would,” said Dr. Corbet Lamkin, director of Ouachita Electric Cooperative Corporation. “We saw a lowering in the cost of solar panels and the cost to construct a solar field.”

The cost-effective and predictable pricing of solar power allowed Aerojet Rocketdyne to proceed with its planned East Camden expansion without having to worry about skyrocketing utility bills. “Our energy rates had been going up at a staggering rate annually and they were poised to go through the roof … So solar made a lot of sense,” said Didriksen.

The economic benefits of solar extend to the larger community, an area plagued with unemployment problems and in which 20 percent of the population lives below the poverty line. One of East Camden’s longtime employers, International Paper Company, ceased operations there in 2001, causing the local economy to lean heavily on jobs created by defense contractors. Aerojet Rocketdyne alone employs more than 500 workers.
“By using both the renewable energy investment tax credit and new markets tax credits, this project highlights added benefits of solar facilities that often go overlooked–job creation and economic development,” said Gregory Clements, partner at Novogradac & Company LLP, which performed an economic analysis and financial forecast for the project.

The Silicon Ranch solar farm created about 150 construction jobs, about 110 of which went to local workers. In addition, the Novogradac economic impact analysis estimates that the solar farm will help sustain 767 direct jobs at Aerojet Rocketdyne. Didriksen said the project created $25 million worth of economic impact in the region.

“Forward-thinking companies like Aerojet have an opportunity to drive change,” said Farr. “With the right partners working together, we can really move the needle [on solar energy] in this community so that it’s a win for everybody.”