Tax Implications of a Democratic Sweep in November’s Election 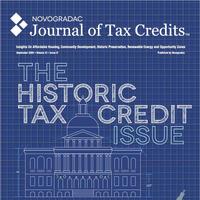 The growing possibility that Democrats could sweep the House, Senate and White House has broad implications, including for federal tax policy.

Democrat Joe Biden holds a lead over President Donald Trump in national polling and in many battleground states. Democrats have a significant edge (232-198) in the current House of Representatives and are expected to maintain or expand that majority in November. The Senate, where Republicans hold a current 53-47 edge (including two independents who caucus with Democrats), has become at least a toss-up and possibly leans toward Democrats.

If Biden is elected, history suggests tax legislation is coming. The past seven newly elected presidents (from Jimmy Carter through Trump) signed major tax legislation  within  an  average of six months of taking office. A Democratic Party sweep of the House, Senate and presidency in 2020 dramatically increases the likelihood that tax legislation will be enacted that resembles what Biden has proposed during his campaign.

This month, we will examine the general tax changes proposed by the Biden campaign and look at the key members of a potential Democrat-controlled Senate who will have outsized influence on what legislation can be enacted. Next month, we will examine how these proposals  affect  various  tax incentives, including tax credit equity pricing, and how federal appropriations and regulatory rulemaking might look under a Democratic Party-controlled government.

Biden has put forward several tax proposals, from broad (corporate and individual tax rates) to specific (a financial risk fee for large banks, changing the rules for estate taxes). Here are some highlights:

In the current Senate, there are 15 Republicans and 13 Democrats on the SFC. A narrow Democratic Party majority would change that to Democrat control, although the number of members is flexible (the two most recent times Democrats controlled the Senate, their SFC margin was 13-11).

Current Democrats on the committee are Wyden, Debbie Stabenow of Michigan, Maria Cantwell of Washington, Robert Menendez of New Jersey, Thomas Carper of Delaware, Benjamin Cardin of Maryland, Sherrod Brown of Ohio, Michael Bennet of Colorado, Robert Casey of Pennsylvania, Mark Warner of Virginia, Sheldon Whitehouse of Rhode Island, Maggie Hassan of New Hampshire and Catherine Cortez Masto of Nevada. Of those 13, only Warner is running for reelection and he is favored to win.

Of the 15 Republicans on the SFC, two members (Mike Enzi of Wyoming, Pat Roberts of Kansas) are retiring this year and four members–Bill Cassidy of Louisiana, Ben Sasse of Nebraska, Steve Daines of Montana and John Cornyn of Texas–are up for reelection. Cassidy and Sasse’s seats are generally seen as safe, while Cornyn is favored and Daines is in a toss-up race. Incumbent senators generally retain their seats, but two Republican retirements and the possible loss of another seat means the Democratic edge on the Finance Committee could be 13-12 or 13-11.

Power in the Center

If Democrats sweep the House, Senate and White House, House Democrats would presumably be more progressive than Biden, while a Democrat-controlled Senate would likely be slightly to the right of Biden. The political implications are that the Senate–with a narrow Democrat majority and several members who are ideologically more centrist–would have a significant say in the shape of tax legislation, since their support would be necessary.

Democrats–like Republicans, who took nearly a full year to pass 2017 tax reform–don’t walk in lockstep, so certain incumbents and many of the candidates in toss-up races (who need to win to create a Democratic majority) would be key votes to pass tax legislation. November’s election plays a big role in determining who that includes.

In mid-August, political news and polling data aggregator RealClear Politics listed 46 Republican seats as either held by incumbents or considered safe in November’s election, with 45 Democrat seats in the same position. That left nine Senate races considered toss-ups–eight with Republican incumbents. Democrats would need to win five to control the Senate if Biden wins the presidency, since in that scenario, the tie-breaking Senate vote would be cast by Vice President Kamala Harris.

Here’s what we know about the Democrats in those nine races and what they’ve said about taxes.

A narrowly Democrat-controlled Senate would also include some ideologically moderate members. Two Democrats and an independent who caucuses with Democrats could be part of the group that Biden and the Democratic leadership would need to convince on key legislation.

There’s still two months until Election Day and plenty can change. Biden and the Democrats are proposing major changes to the tax code that would have a significant effect on most Americans.

Next month, we’ll examine the details of what Biden and the Democrats proposals might mean for those involved in community development and affordable housing incentives. But it’s clear as we enter the home stretch that a Democratic sweep could involve some significant changes to tax law and some new faces in significant positions of power when considering those changes.

NPS Report: HTC Contributed $8 Billion in Investments in 2021, the Most in Any Given Year in the History of the Incentive
Tuesday, October 4, 2022
Experts Weigh In on the State of the Nation’s Housing Market, Provide Data Driven Policy Solutions
Friday, September 30, 2022
Novogradac LIHTC Working Group Comments on NCSHA’s Recommended Practices
Thursday, September 22, 2022
END_OF_DOCUMENT_TOKEN_TO_BE_REPLACED