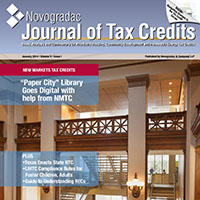 The state’s development community welcomed this new tool and many expect it will help make numerous redevelopment projects in Texas not only viable, but attractive for investors. Chad Patton, a partner with Baker Hotel Development Group, said a number of hotels could benefit from the Texas HTC. “In Mineral Wells, Texas, for example, we have a historic hotel that had open in 1929 but closed for almost half that time. With the Baker Hotel vacant and unattended, the surrounded properties and community as a whole suffer and property values decrease,” Patton said. “Often these properties are in distressed neighborhoods already and the boarded up hotel is only a reminder of the former life and vibrancy of the area.”

Patton says the estimated restoration costs for the Baker Hotel are approximately $55 million, but the completed project would be worth only about two-thirds the cost. “That won’t attract traditional lenders, so Baker Hotel Development Group has spent years digging for the right combination of tax credits and various lending sources,” he said. “Thanks to a combination of federal and state historic tax credits along with new market tax credits, they only need to raise half of the estimated restoration cost. The renovation of the Baker Hotel will begin to revitalize Mineral Wells to its glory days.”

Whitney LaNasa, vice president of Stonehenge Capital Company, a national specialty finance company with expertise in structured tax credit finance, said that developers and building owners have been hoping for a Texas historic tax credit. “Prior to the Texas historic tax credit, historic rehabilitation opportunities in Texas were simply not as attractive as in other states that offered the credit," LaNasa said. "This credit will put Texas on an equal playing field and in many cases provide the final piece of the financing puzzle to make the deals work."

About the Texas HTC
The Texas HTC equals 25 percent of eligible costs and expenses incurred in a certified rehabilitation that totals more than $5,000 prior to the date the property was first placed in service after rehabilitation, including eligible costs and expenses incurred prior to Sept. 1, 2013 if the property is placed in service on or after Sept. 1, 2013, and be properly includable in calculating the basis of real property.

Any person may consult with the Texas Historic Commission to determine whether a property is listed individually on the National Register of Historic Places; listed individually as a Texas landmark; or certified by the Texas Historic Commission as contributing to the historic significance of a historic district listed in the National Register of Historic Places, or a certified local district.

A transferable certificate will be issued by Texas Comptroller of Public Accounts to the entity that is an owner of the certified historic structure.

To obtain the certificate, the entity will need to get a certificate of eligibility, issued by the Texas Housing Commission, a cost certification report by an independent certified public accountant (CPA), and provide evidence of the date that the certified historic structure was first placed in service after completion of the certified rehabilitation.

Beginning Jan. 1, 2015, Texas HTCs available pursuant to Chapter 171, Subchapter S of the Texas Tax Code, may be used to offset tax liability pursuant to annual franchise tax reports filed on or after that date and after application of any other applicable tax credits. The HTCs will be considered earned in the tax year in which the certified historic structure was first placed in service after its rehabilitation. Texas HTCs must be applied to a franchise tax report that is filed on or after Jan. 1, 2015 (regardless of the tax period reflected in the franchise tax report); however, the initial use of the credits must take place not later than during the fifth tax year after the property was first placed in service subsequent to its certified rehabilitation.

An entity that incurs eligible costs and expenses in a certified rehabilitation may sell or assign all or part of its Texas HTCs to one or more entities. A purchaser or assignee of Texas HTCs isn’t required to have an ownership interest in the certified historic structure. Purchasers or assignees of the HTCs may also sell or assign all or part of their credits to other entities. There is no limit on the total number of such transactions, but collectively, all the transfers are subject to the maximum total Texas HTC limits (the HTC is limited to 25 percent of eligible costs and expenses).

This will be a key part of the regulation. The flexibility to sell or assign the Texas HTC will provide opportunities to a broader base of investors. Investors that can’t use the Texas HTC will have the opportunity to sell or assign the credit to an entity that can benefit from the Texas HTC. This will essentially create a tax credit exchange. In addition, investor appetite might increase because the program will have the flexibility to structure the development in various ways.

Any entity selling, assigning or otherwise transferring Texas HTCs to another entity must provide copies of the certificate of eligibility, the audited cost certification report, and the Texas Historic Tax Credit Certificate to the purchaser, assignee or transferee.

No sale or assignment of Texas HTCs shall extend the period for which the credits may be carried forward, or increase the total amount of the tax credits that may be claimed pursuant to the certified rehabilitation. After an entity claims Texas HTCs, another entity may not use the same costs and expenses as the basis for claiming Texas HTCs.

State Historic Tax Credits in the Year 2020
COVID-19 Impacts on Design and Commercial Real Estate: An Interview with Gensler and Cushman & Wakefield
Tax Implications of a Democratic Sweep in November’s Election
END_OF_DOCUMENT_TOKEN_TO_BE_REPLACED