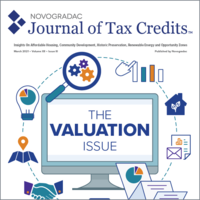 An important factor in determining the value of a solar installation is understanding the trends of power purchase agreement (PPA) pricing.

PPA rates on a national basis have declined over the past several years. Understanding the trends of the contracted revenue is an important step in determining the relationship of the contracts to market and in projecting the revenue after the initial contract period. A 2020 utility-scale solar data update from the Lawrence Berkeley National Laboratory found that the PPA rates have declined over the past 10 years. The data includes levelized PPA rate for utility scale systems larger than 5.0 MW AC since 2006 and the rates also include incentives and renewable energy certificates. Most markets in the national have levelized PPA rates of $50 per MWh or less, while rates of over $100 per MWh were common in 2010 and prior. Additionally, the recent PPA pricing over the past couple of years appears to be at least stabilizing according to the data presented.

The PPA rates in North Carolina generally follow the national declines in contract rates. However, the rate of decline has slowed in 2019 and 2020 compared to the previous significant drop demonstrated in 2018.

The regional data includes both the several southern states. The data in the region shows a recent increase after generally reflecting the national downward trends. The regional data also demonstrates some of the lower PPA rates in the nation when compared to the other data points. The recent increase may be attributed to the weighting of certain states in the recent average or some level of a rebound in pricing.

Understanding the national and local PPA pricing trends is an important step in the development of a credible appraisal. The national PPA pricing data shows the decline in the PPA rate with steep declines between 2008 and 2016. However, the pricing appears to have leveled off somewhat on a national basis. The North Carolina pricing shows a similar trend to the nation, while the pricing in Minnesota and the southern region differs somewhat from the national trend. The Minnesota pricing can be significantly impacted by the mix of offtakers for a community solar development, and the southern region trend shows an increase in the recent year.

While there are numerous factors that need to be considered in the appraisal process for valuing a solar asset, understanding the PPA trends on a national and local market basis is one of the more important elements of research in the process.