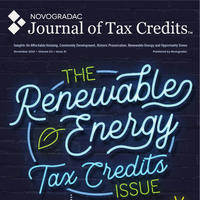 An important step in determining the value of a solar installation is analyzing the relationship of the contracted revenue to the other comparable contracts and the market electricity rates. Additionally, the current relationship of the contracted rates to each other as well as the market electricity rates helps estimate the revenue stream generated by the system after the expiration of the initial contract rate.

The national PPA prices have declined over the past several years. The most recent information available from the Lawrence Berkley National Laboratory indicates that the rates on a national basis for utility-scale projects declined from more than $100 per megawatt hour (MWh) 10 years ago to approximately $50 per MWh in 2020. However, the recent PPA pricing does appear to be more stable than in previous year with smaller declines.

While the national trends provide insight into the broader solar PPA markets, the local market PPA trends have a more significant impact on the valuation of the solar installations. We will examine the Northeast region and the South region as well as the Minnesota market for historical and current PPA pricing.

The Northeast regional data includes several states in the northeast, including Massachusetts, New York, New Hampshire and Rhode Island. The composition of the data for each year may slightly skew the trends, but the recent downward trend is similar to the data for the nation.

The South region has some of the lowest PPA rates in the nation. Additionally, while the pricing declined from before 2018 to 2019, the PPA rates have rebounded to show increases in the past two years.

Analyzing PPA trends and their relationships to market data is an important factor in developing a credible appraisal. The national PPA data indicated declines over the past several years as development costs for solar have also declined. The regional and state data presented also demonstrates similar trends. However, the data also show a general uptick in PPA rates excluding the Northeast region. As solar development costs in the country begin to stabilize and slightly increase, it will be interesting to see the relationship of PPA rate to market electricity rates. Understanding the quickly changing PPA rates is an important factor in appraisal development.