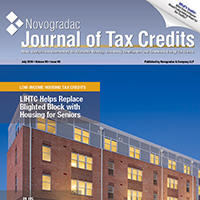 The data revolution that has changed business, health care and sports over the past few decades is coming to the federal government–and it brings the same potential benefits and hazards. Analytics–or data-driven decision-making–continued to make inroads into the federal realm March 30 when President Barack Obama signed H.R. 1831, the Evidence-Based Policymaking Commission Act of 2016.

It is landmark legislation, but how it’s implemented will be even more significant. The idea is simple: Create a way to use data to measure the effectiveness of government programs. Take policy decisions from strictly an ideological realm to a fact-based, results-based one. To put it in terms used in baseball–where analytics have gone from a fringe movement to the defining management style of the 21st century (and inspired a popular book and movie)–the idea is to go from simply trusting the opinions of aging scouts (who have their biases and faults) to evaluating players based on what they produce and how that contributes to victories and championships.

Evidence-Based policymaking is a slightly less glamorous “Moneyball,” but for government programs.

The bipartisan legislation signed in March mandated the creation of a group that would set standards for the ways to measure federal programs. All along the way, it was roundly applauded, but now is the hard part: making it work. Like all policy, the devil is in the details–and in this case, the details are significant, with major implications for the tax credit community.

This unusually bipartisan legislation came out of a recommendation in July 2014 by the House Budget Committee and the charge was led by Rep. Paul Ryan, R-Wis., and Sen. Patty Murray, D-Wash. Praise from House Ways and Means Chairman Kevin Brady, R-Texas, was representative: He said the measure would help Congress “better understand which federal programs help lift people out of poverty…With better data and information, we can hold programs accountable and support the programs that truly change lives.”

The first moves toward evidence-based policymaking are particularly significant: once the bill was signed, the clock began ticking for 15 members of the commission to be appointed and the work to begin. The initial group will shape a policy that has the potential to change the way the federal government measures all programs–although it’s worth remembering that they’re not making decisions on policy, but are tasked with deciding the method by which policies can be measured.

Under the bill, the president selects the chair and the House speaker selects the co-chair. The commission has a budget of $3 million and would end no later than September 2017. The commission must generate a report within 15 months of those appointments, although the bill requires three-fourths agreement between the members to submit its report to Congress and president.

While there was no early indication on the nominees, which were supposed to be named within 45 days of the bill’s signing, it’s expected that OMB director and former HUD Secretary Shaun Donovan will be especially influential in this process, as he will likely advise the president on his appointees, as well as likely serve as chairman. At the time of this writing nominees were still unknown. The bill was signed March 30, which puts the 45-day deadline at either May 14 or July 1, depending on if all days or only weekdays are counted.

There’s plenty of desire to apply the data. An obvious early application was in recommendations in a report issued July 7 by Rep. Ryan’s Poverty, Opportunity and Upward Mobility Task Force, “A Better Way: Our Vision for a Confident America.” The 35-page report repeatedly invokes the idea of evidence-based policymaking–and data suggested by the Evidence-Based Policymaking Commission–as a yardstick by which all “welfare” programs should be measured.

Choosing the Sources is Critical

The work of the committee could have a significant effect on the tax credit community because it establishes data sources, types and protocols against which tax expenditures such as the low-income housing tax credit (LIHTC), new markets tax credit (NMTC), historic tax credit (HTC) and renewable energy tax credits (RETCs) could be evaluated.

Again, the commission’s mandate is not to evaluate specific programs, but to:

Sounds simple, right? In theory it is, but like everything in Washington, it is ultimately subject to opinion and negotiation. Also, it will face political and outside influence, which is ironic because that is what it is supposed to avoid. There will likely be disagreements, because saying something will be data-based and scientific is only “unbiased” if everyone can agree that the data are unbiased–and there’s plenty of debate about the best data for evaluating any federal program, including tax credits.

While the idea is to have “evidence-based policymaking,” it’s more than that. The ultimate result of the committee’s work will be program evaluation, which is why supporters of the major tax-credit programs need to be involved. Program outcomes–actual, measurable outcomes–will be more important than setting measurable goals. And that makes the data especially important.

In the tax credit world we regularly see that the data’s “reliability” varies based on the perceptions of the source providing the data, meaning decisions about data aren’t clear. The problem (and opportunity) is that there are relatively few measurements that everyone agrees are clear, accurate and, perhaps more importantly, fairly reflect the value of a federal program. It’s easy to say that we need an accurate way to measure the success of the HTC or LIHTC, but it’s another thing to come up with a measuring system that everyone embraces.

These examples are not provided to criticize organizations or decision-makers, but to point out the difficulty in getting reliable, accurate, complete data on tax credit investments. With a mandate to create a way to measure all federal programs and tax expenditures, the members of the commission will face a daunting task. Their job isn’t to necessarily choose specific ways to measure the effectiveness or programs, but to make recommendations on how the federal government can better collect, analyze and use data to improve programs.

In an era of ideological decision-making, the idea of evidence-based policymaking is both revolutionary and appealing. Indeed, Ryan’s poverty taskforce blueprint also noted the value of evidence-based policymaking for the “pay for success” financing model behind social impact bonds, an innovative model to financing social programs, including affordable housing. One could argue that LIHTC is an early example of the “pay for success” model, as private investors put up their capital first and the government only allows them to claim credits only after the property is built and leased to income-eligible renters.

But the value of the measurements is only as good as the information available. Because of that, those in the tax credit communities need to be educated and vocal in suggesting what data and statistical protocols should be used to evaluate the success or failure of those programs. It’s not a slam-dunk that the right information gets chosen.

Ironically, the idea of evidence-based policymaking still comes down to opinion: Opinion about what information should be used to make the policy. After all, the Oakland Athletics pioneered the use of analytics in baseball, were the subject of a best-selling book and movie about it … and haven’t won a championship in 27 years.

Still, this is a unique opportunity, given the bipartisan nature of the commission and the widespread agreement that this is a necessary good. Providing guidance and leadership on how agencies should collect data (and what data they choose to collect) is in itself a public benefit, and this commission provides those in the tax credit community an opportunity to better understand the outcomes associated with these programs.