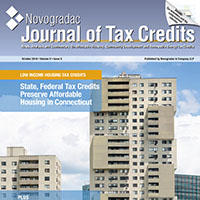 Most predictions about what Congress will accomplish during the remainder of the year are humble, to say the least. Among other issues, the combined uncertainty about the outcome of November’s midterm elections and the financial pressure created by continued discussions about comprehensive tax reform have reportedly narrowed Congress’s focus for the rest of 2014.

Between Oct. 1 and Dec. 31, depending on who wins control of the Senate in the midterm elections, the Senate could be in session for as few as eight days or as many as 20 days; the House is currently scheduled to be in session for just 15 days during that time frame. Both the House and Senate will be in session after the election starting on Nov. 12, but only the House has set a target adjournment date of Dec. 12. Barring an unforeseen, substantial political development, lawmakers are expected to concentrate the lame-duck session that convenes after the midterm elections on passing another continuing resolution to fund the federal government, and a small handful of pressing issues.

Appropriations
The fiscal year (FY) 2015 continuing resolution, H.J.Res.124, that Congress passed Sept. 18 will fund government operations at FY 2014 levels until Dec. 11. Reports indicate that House Appropriations Chair Hal Rogers, R-Ky., and Senate Appropriations Chair Barbara Mikulski, D-Md., want to fashion a long-term omnibus spending bill, but it’s more probable that lawmakers will pass another continuing resolution that runs until mid-February or early March. It’s doubtful Congress would set a longer timeline for temporary appropriations, because other fiscal deadlines will begin to pile up quickly in 2015. For example, the debt ceiling suspension is expires March 15 and funding for the highway trust fund is currently due to run out May 31.

Also influencing the fiscal outlook is the ongoing effect of sequestration established by the Bipartisan Budget Control Act of 2013. Looking beyond the continuing resolution process to the prospect of the House and Senate passing an omnibus fiscal year (FY) 2015 appropriations bills, an August report from the Office of Management and Budget (OMB) concluded that the neither the House and Senate’s currently-proposed FY 2015 spending bills would breach the Budget Control Act-imposed nondefense spending caps and trigger sequestration. OMB’s analysis as of Aug. 20 determined that the House and Senate FY 2015 spending bills both adhere to the revised discretionary caps for non-defense categories. This means the Treasury Department’s plans for sequestration of Section 1603 renewable energy cash grant funds will be unchanged; those funds will still be cut by approximately 7 percent.

It also means there would likely be no sequestration-imposed cuts to U.S. Department of Housing and Urban Development (HUD) or other community development funding from the House or Senate proposed levels. In June, the Senate Appropriations Committee approved the FY 2015 bill Transportation-HUD (THUD) Appropriations bill. For HUD, the Senate proposal would provide a total of $45.8 billion in FY 2015, $369 million more the FY 2014 enacted level, but $829 million below the president’s FY 2015 request. The House’s FY 2015 bill provides HUD a total of $44.7 billion in FY 2015, a cut of $767 million from the FY 2014 enacted level and almost $2 billion below the FY 2015 request. A summary of how several housing and community development programs would fare in the proposed FY 2015 THUD bill can be found in the June 6 post on the Notes from Novogradac blog.

Tax Extenders
Despite the expected principal focus on appropriations, there are a number of other outstanding items that the tax credit community is hopeful could be addressed before the clock runs out on the 113th session of Congress. Many of them fall under the umbrella of tax extenders, tax provisions that expired at the end of 2013, or will do so at the end of this year, and need to be renewed. Key lawmakers in both houses of Congress and both parties have expressed interest in extending some expired or expiring tax provisions, which is promising.

For example, House Majority Leader Kevin McCarthy, R-Calif., set an agenda for Congress’s return to session in September that listed jobs legislation to make a number of expired tax provisions permanent, such as the tax credit for research and experimentation and bonus depreciation. These are just two of the dozens of tax provisions that expired at the end of 2013.

Earlier this year, Senate Finance Committee Chairman Ron Wyden, D-Ore., endorsed temporary extensions for expired provisions as part of the Expiring Provisions Improvement Reform and Efficiency (EXPIRE) Act. Wyden, who favors comprehensive tax reform, specifically said that long-term or permanent extensions should be considered only as part of a larger overhaul of the tax code. He said the EXPIRE Act is so named because it is meant to expire. The EXPIRE Act, as approved by the Senate Finance Committee April 3, contains important provisions related to the low-income housing tax credit (LIHTC), new markets tax credit (NMTC) and renewable energy production tax credit (PTC) and investment tax credit (ITC). On Sept. 15, Wyden called on his colleagues to revive and pass the EXPIRE Act, with its two-year extensions of LIHTC, NMTC, PTC and ITC, while Congress pushes ahead on comprehensive reform.

The EXPIRE Act extends the rate floor for the 9 percent LIHTC and creates a rate floor for volume cap 4 percent credits for acquisitions. Both provisions would run for allocations made before Jan. 1, 2016. The EXPIRE Act also extends for two years a provision that allows active members of the military near seven bases to exclude their basic housing allowance from their annual income when calculating income to qualify for LIHTC units.

The committee-passed EXPIRE Act extends the NMTC program for two years, and would authorize up to $3.5 billion in qualified equity investments annually for 2014 and 2015. Additionally, the EXPIRE Act provides that unused NMTCs would be clawed back and reallocated to a new Manufacturing Communities Tax Credit program. These credits would be used by community development entities (CDEs) that provide services to trade and manufacturing businesses located in communities that have suffered major manufacturing job losses.

The EXPIRE Act has been stalled since it was sent to the full Senate in April in part because of a dispute between the Senate Democratic and Republican leadership on amendments. It’s unclear what chances, if any, the EXPIRE Act has for resuscitation.

Like McCarthy, House Ways & Means Committee Chairman Dave Camp, R-Mich., prefers to make a small set of expiring provisions permanent rather than extend most expired and expiring provisions for two years. Both Camp and Wyden have also discussed the possibility of including only a one-year retroactive extension of expired provisions through the end of 2014 in order to keep the pressure on for tax reform. On Sept. 15, Camp introduced the Jobs for America Act (H.R. 4), which drew in part on tax extenders the House has already passed including a permanent tax credit for research and development and permanent bonus depreciation.

It’s possible that if tax extenders are considered yet this year they would be bundled together in a yet-to-crafted, new package that may or may not include these key LIHTC, NMTC and renewable energy provisions.

Tax Credit Legislation
It’s exceedingly likely that an extension of the 9 percent LIHTC rate floor will be passed as part of a larger extenders bill. That said, it’s worth noting that H.R. 4717, a bill to make permanent and expand the LITHC rate floor, was introduced May 22 by Rep. Pat Tiberi, R-Ohio. At the time of this writing, HR 4717 had 64 bipartisan cosponsors – 34 Democrats and 30 Republicans. The Senate version, S. 1442, was introduced Aug. 1, 2013 by Sen. Maria Cantwell, D-Wash. and currently has 27 cosponsors – 22 Democrats, three Republicans and one Independent.

Similarly, an extension of the NMTC is expected to be considered if and when Congress takes up tax extenders. Based on support for the standalone legislation to extend the program, the NMTC enjoys a notable level of bipartisan support. H.R. 4365, the New Markets Tax Credit Extension Act of 2014, was introduced April 2 by Rep. Jim Gerlach, R-Pa. At the time of this writing, H.R. 4365 had 78 bipartisan cosponsors – 53 Democrats and 25 Republicans. On the Senate side, S. 1133, the New Markets Tax Credit Extension Act of 2013, was introduced June 11, 2013 by Sen. Jay Rockefeller, D-Va., and currently has four Republican and three Democrat cosponsors. There are likely a similar number of Senate Democrats who would be willing to cosponsor the bill as there are for S. 1442, the Cantwell LIHTC bill, but Rockefeller and Sen Roy Blunt, R-Mo., the lead Senate Republican cosponsor, want to pair each Senate Democratic cosponsor with a Senate Republican.

Unlike the provisions featured in the LIHTC and NMTC bills described above, the provisions in the Creating American Prosperity through Preservation Act don’t fall under the heading of tax extenders and, as such, wouldn’t be considered as part of an extenders package. Nonetheless, the provisions proposed in S. 1141, the Creating American Prosperity through Preservation Act of 2013, continue to be a priority for the historic preservation community. S. 1141 was introduced June 11, 2013 by Sen. Ben Cardin, D-Md. The measure currently has seven cosponsors - five Democrats, one Republican and one independent. The package of historic tax credit (HTC) provisions contained in S. 1141 was originally introduced in 2011 during the 112th session of Congress. Rep. Michael Kelly, R-Pa., is expected introduce House companion legislation soon. However, in light of the current political conditions in Washington, D.C., it’s relatively certain the bills will need to be reintroduced when the 114th session of Congress convenes.

Tax Reform
While legislative tax reform efforts aren’t expected to regain significant momentum until at least 2015, the subject continues to generate considerable discussion. For instance, on Sept. 8 Treasury Secretary Jacob Lew’s spoke about tax reform at the Tax Policy Center. Although the speech was billed as a discussion of business tax reform, Lew didn’t reveal any new or additional administration tax reform proposals. He repeated prior Treasury statements on tax reform, including a call for a top rate of 28 percent.

Not surprisingly, and prompted by recent high-profile corporate relocations, including Burger King’s recent merger with Tim Horton’s of Canada, Lew’s remarks were dominated by the specific topic of corporate inversions. Lew told the Tax Policy Center audience that while the best way to address inversions is through comprehensive business tax reform, the Treasury Department wouldn’t wait for congressional action. However, Lew noted that any administration efforts wouldn’t be a substitute for meaningful legislation because the Treasury Department can only address “part of the economics.” Specific action related to tax inversions isn’t expected to have much meaningful impact on affordable housing, community development, renewable energy or historic preservation, but it is relevant to these communities to the extent that the subject will keep focus on the larger topic of tax reform.

That said, independent of executive branch action on inversions, tax reform will no doubt remain a priority for Congress’s tax writing committees. And as such, the pressure for the affordable housing, community development, renewable energy and historic preservation communities to educate lawmakers about the effectiveness of the LIHTC, NMTC, PTC, ITC and HTC is as real as ever.

To that end, affordable housing industry stakeholders met last month with Ways and Means Select Revenue Measures Subcommittee Chairman Pat Tiberi, R-Ohio, to discuss Camp’s LIHTC proposals in his tax reform discussion draft and other potential changes to the LIHTC program. This meeting is hoped to be the first of many that will not only secure the LIHTC’s future but possibly also lead to program revisions to boost its already sterling track record. Likewise, community development, historic preservation and renewable energy stakeholders are reaching out to lawmakers across the country to tell the important success stories created by the LIHTC, NMTC, HTC, PTC and ITC.