What the ‘Texas Case’ Means for the LIHTC Program Part 2 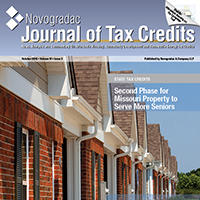 Part 1 of this article described the legal context and timeline for Texas Department of Housing and Community Affairs v. Inclusive Communities Project Inc. (TDHCA and ICP, respectively), otherwise often referred to as the “Texas case.” This month, part 2 delves into the specifics of the case and its implications for the low-income housing tax credit (LIHTC) community.

Technically the decision, or holding, affirmed the Fifth Circuit’s remand of the underlying action. The Fifth Circuit had sent the case back to the lower court for review based on the fair housing rule promulgated by the U.S. Department of Housing and Urban Development (HUD). Because HUD issued the final rule while the underlying action was still pending, the District Court had not applied its standards when holding that TDHCA’s allocation policies had a disparate impact on minorities. This decision was the root of the underlying appeal leading to the Supreme Court’s opinion.

By affirming the Fifth Circuit’s decision to remand, the Supreme Court also effectively endorsed the final rule. HUD used what’s known as a three-step burden-shifting approach for determining violations of fair housing under disparate impact theory (as described in Part 1 of this article, proof of intentional acts of discrimination means liability without further analysis):

However, the Supreme Court did much more than uphold the Fifth Circuit’s remand. During oral argument, Justice Kennedy asked questions about the bind that agencies would be in if they were forced to choose between allocating in urban areas and suburbs. This concern and others came through in what’s known as dicta, statements in addition to the holding. While dicta does not have the same precedential consequence or weight of a court’s holding, it is still of critical importance when coming from the justices. Because the Supreme Court issues so few opinions, any guidance offered is given great deference by lower courts in their disposition of cases and controversies.

The majority opinion, in dicta, describes limitations on disparate impact claims. This particular section is four times as long as the ruling itself. Justice Kennedy emphasizes that a claim must be supported by more than statistical disparities. In order to make out a prima facie case (the first step), a plaintiff must prove a “causal connection” between its evidence and the challenged practice. “[A] disparate impact claim that relies on a statistical disparity must fail if plaintiff cannot point to a defendant’s policy or policies causing that disparity.”

The court expressed concern that “without adequate safeguards at the prima facie stage, disparate impact liability might cause race to be used and considered in a pervasive way,” leading to “numerical quotas ... a circumstance that itself raises serious constitutional concerns.”

In the context of subsidy resource allocation, such as LIHTCs, a plaintiff may find it “difficult to establish causation because of the multiple factors that go into investment decisions about where to construct or renovate housing units.” The majority cites the law review article mentioned in Part 1 of this article. In “Is Disparate Impact Having Any Impact? An Appellate Analysis of Forty Years of Disparate Impact Claims Under the Fair Housing Act” Stacy Seicshnaydre describes such challenges as “novel.”

Even when there is a connection, the court said governments “must not be prevented from achieving legitimate objectives.” The opinion states that policies are “not contrary to the disparate-impact requirement unless they [create] ‘artificial, arbitrary and unnecessary barriers.’” The court specifically mentions “revitalization of communities that have long suffered the harsh consequences of segregated housing patterns” as one such legitimate objective.

The court suggests that the Texas challenge is a “novel” expansion of a disparate impact theory of liability and expressly noted that the FHA “does not decree a particular vision of urban development; and it does not put housing authorities and private developers in a double bind of liability, subject to suit whether they choose to rejuvenate a city core or to promote new low-income housing in suburban communities.”

Legal Consequences of the Texas Case

As a general matter, the significance of the Texas case should not be underestimated. The court has upheld the most powerful legal tool for addressing attempts to discriminate. Had the court held that the FHA could only be asserted if evidence of discriminatory intent was present, many actors and actions would escape challenge.

But what does it mean for the LIHTC program? In Texas, the remand back to the district court provides TDHCA with an opportunity to challenge numerous aspects of the earlier decisions. The majority opinion specifically cites one of the circuit judge’s observations that ICP’s claim should be dismissed if it “cannot show a causal connection between [TDHCA’s] policy and a disparate impact.” The justices also said:

This case, on remand, may be seen simply as an attempt to second-guess which of two reasonable approaches [an agency] should follow in the sound exercise of its discretion in allocating [LIHTCs].

Around the country, allocating agencies are concerned about possible liability and challenges to their allocation plans. While an understandable reaction, some of this worry may be unnecessary. First, the practical reality is that bringing a lawsuit is very expensive. Furthermore, the party doing so must be able to show damages, which means having some kind of connection to the agency. Most entities are reluctant to initiate legal action against any kind of funder, let alone one with which it has a relationship.Also, such cases already are particularly difficult, even before taking into account limitations expressed in the majority opinion. According to analysis described by Seicshnaydre, challenges are mostly unsuccessful. She writes, “Plaintiffs have received positive decisions in only 20 percent ... [of] disparate impact claims considered on appeal.” When not used to remove barriers to integration (i.e., making a NIMBY challenge), the percentage is even lower.

Those with a potential claim do have another option. During a July 22 Novogradac webinar, Michael Skojec of Ballard Spahr noted that most legal activity is not in the courts. Challengers may file an administrative complaint with HUD, which investigates to determine illegal discrimination. Later on, cases may go to an administrative law judge or, if defendant chooses, to federal court.

To avoid reading too much into what the decision means, the key is to understand what the Supreme Court said and, just as importantly, did not say. While in one sense TDHCA “lost,” its appeal, the specific holding had nothing to do with the substance of its rules for distributing LIHTCs. As such, the decision does not mean other states’ agencies necessarily have to change their policies contained in documents their qualified allocation plans (QAPs).

Allocators are responsible for adopting their plans in accordance with federal law. The factors to be considered include broad public participation as well as specific consideration of property attributes and targeted tenant populations. Justice Kennedy seems to have recognized that any allocation plan will balance needs and demands for resources among competing program goals. Hence it seems likely that an agency faced with a challenge might prevail if it can articulate the balancing act and the rationale for their decisions. The goal, of course, is to avoid the cost and time burdens and public distress of a fair housing challenge all together. The best approach is to be balanced and thoughtful.

The questions of how to address or avoid disparate impact when allocating resources such as LIHTCs are intensely complex. There is no end of considerations, particularly when considering all of the different perspectives. Those attempting to address these topics should keep in mind H.L. Mencken’s warning that, “Explanations exist; they have existed for all time; there is always a well-known solution to every human problem–neat, plausible and wrong.” Very few, if any approaches are undisputedly right, regardless of what may be emphatic claims to the contrary.

Despite this difficultly, all program participants should continue their education and reflect on what makes sense in their communities. Discussions such as the National Low Income Housing Coalition report, “Affordable Housing Dilemma: The Preservation vs. Mobility Debate,” are excellent resources for this ongoing education and consideration.

Part 1 of this article addressed the concept of affirmatively furthering fair housing (AFFH), a fundamental aspect of FHA. While the legal mandates are different from disparate impact, there is a great deal of overlap in the policy tools and implications. AFFH is also important because of what may become known as the second Texas case. ICP is once again the plaintiff, but this time it has brought an action against the U.S. Department of Treasury and Office of Comptroller of the Currency (OCC). The request is for the court to require these two agencies to adopt regulations implementing AFFH for the LIHTC program (and implementing the Community Reinvestment Act).

So far only few preliminary motions have been filed. In one of them the U.S. Attorney General’s office states that:

[Treasury, a defendant] is responsible for making sure that States do not allocate too many LIHTCs, and that the entities seeking tax credits are eligible for the credit. Defendants have no direct connection with the individuals who will eventually rent the housing built with LIHTCs. And, despite Plaintiff’s contention that Defendants should be involved in determining the location of LIHTC units, the statutory scheme enacted by Congress does not contemplate or require such involvement.

If the District Court disagrees and sides with ICP, as it did in 2012, the implications for program administration could be substantial. Of course the proceedings will take many years to resolve; the first Texas case started in 2008 and is not over.

Last but not least, AFFH already will be a consideration for some LIHTC allocators. In July HUD issued a new final AFFH rule for its programs. The rule’s requirements apply to all programs administered by a HUD participating jurisdiction, including LIHTCs in some cases. Having both resources will mean having to be even more thoughtful about past and future actions. Continuing current practices may not be an option.

Ultimately, AFFH may be to the Texas case what the Housing and Economic Recovery Act of 2008 (HERA) was to the American Recovery and Reinvestment Act of 2009 (ARRA, or stimulus). While ARRA received a great deal more attention, in the long term HERA has been more consequential. The same may be true with respect to the Texas case and AFFH. Those with a stake in the LIHTC program should pay close attention to AFFH and what it will mean for their interests.

Rebecca L. Peace serves as the chief counsel to the Pennsylvania Housing Finance Agency. She is actively involved in senior management and all aspects of the agency’s financings, program administration and policy development.