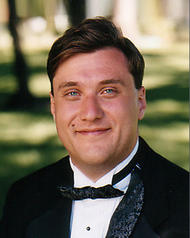 Prior to joining Novogradac Consulting LLP, Mr. Lawrence was the senior director of public policy and government affairs for Enterprise Community Partners where he led the execution of Enterprise’s policy and advocacy agenda. His primary issue responsibilities were tax (including advocacy on the low-income housing tax credit (LIHTC) and the new markets tax credit programs as well as tax incentives to promote green and sustainable building), affordable housing preservation and rental housing policy.

While at Enterprise, he helped found the Affordable Rental Housing A.C.T.I.O.N. (A Call to Invest in Our Neighborhoods) Campaign, the big tent industry coalition bringing investors, syndicators, for-profit and nonprofit developers, and other LIHTC professionals in all 50 states together to advocate for the credit.

He has served on the board of directors of the Affordable Housing Tax Credit Coalition, as well as the board of directors of the New Markets Tax Credit Coalition. Mr. Lawrence was also previously a legislative and policy associate at the National Council of State Housing Agencies (NCSHA), focusing on the LIHTC, tax-exempt housing private activity bond programs, and government sponsored enterprises. Mr. Lawrence also was a housing policy analyst for the Center on Budget Policies and Priorities, where he worked on the Section 8 Housing Choice Voucher Program, a congressional fellow for Sen. Jack Reed of Rhode Island in his capacity as the Ranking Member of the Senate Housing and Transportation Subcommittee and a presidential management fellow for the Office of Policy Development & Research at the U.S. Department of Housing & Urban Development. In addition to his federal experience, he has served as an analyst for the affordable housing group of Chicago Metropolis 2020, and as an appointed member of the Interagency Taskforce on Homelessness of the city of Berkeley, Calif.