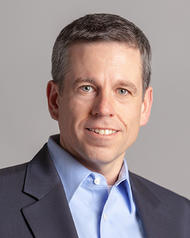 Tony Grappone is a partner in the Andover, Massachusetts, office of Novogradac, where he specializes in providing accounting, tax and consulting services to developers, syndicators and investors of developments that qualify for federal and state tax incentives such as the low-income housing tax credit, historic rehabilitation tax credit, new markets tax credit, renewable energy tax credits and opportunity zones incentives. Mr. Grappone is a frequent speaker at various renewable energy and other tax credit community events and has contributed several articles on renewable energy to the Novogradac Journal of Tax Credits. Before joining Novogradac, Mr. Grappone worked at Ernst & Young LLP, specializing in partnership taxation within the affordable housing industry and servicing many of the nation’s largest tax credit syndicators and investors. In addition, he served several leading venture capital firms as well as commercial real estate developers and investors. Mr. Grappone serves as a board member of Windustry and previously served as a member on the Northeastern University Undergraduate Accounting Group advisory board and the board of directors of the Women’s Institute for Housing and Economic Development. He received a bachelor’s degree from Northeastern University in Boston and is licensed in Massachusetts, Connecticut, New Hampshire and Rhode Island as a certified public accountant.